Ancestors of a Tai Dam village in Nakhon Pathom near Bangkok migrated from Vietnam more than 200 years ago. Learn about their unique culture, very close to Thai culture.

Sometimes, precious things are just under our noses.

So it is with Ban Phai Hu Chang, an ethnic Tai village in the Bang Len district, Nakhon Pathom, only about 80km from Bangkok.

Visitors to the village will see a local way of life and culture of the ethnic Tai Dam or Lao Song, whose ancestors migrated from Vietnam more than two centuries ago. 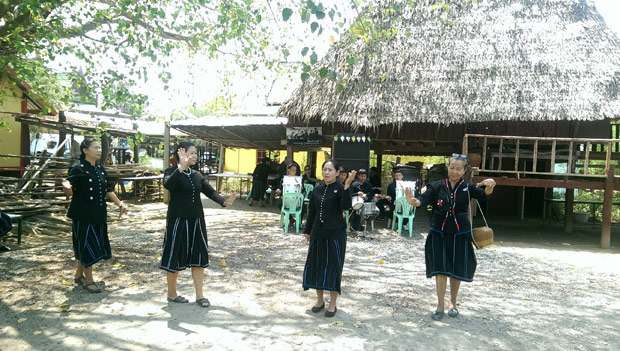 Piyawan Sukkasem, a teacher of the Ban Phai Hu Chang School who spearheads cultural conservation and community tourism at this village, said:

"Ban Phai Hu Chang has been a small tourist village since late 2001."

"In recent years, we have slowed down due to my busy work schedule as a teacher. In the past, we had a Tai Dam market and other activities." 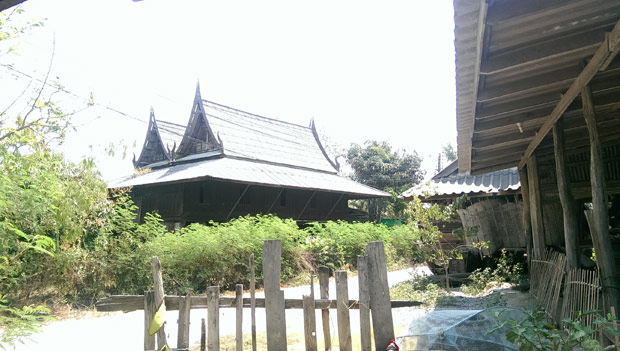 According to Ms. Piyawan, the original name of this ethnic group is Tai Dam.

Their origin is Lai Chau and Dien Bien Fhu in northern Vietnam, which is called sipsong chuthai by the Thais.

ORIGINS OF THE NAME LAO SONG

Thais generally use the word Lao in referring to those who come from the north.

There are theories that the word Song is derived from either the local word saung (meaning pants, since the Tai Dam like to wear black pants) or the word song, a type of administration.

The Tai ethnic group is a group of indigenous people of Southeast Asia whose communities are said to date back 5,000 years.

At present, some 90 million ethnic Tai people live across the region, and can be divided into 80 groups.

Amidst the traditional conservation of the Tai Dam people, the Tai Dam in Thailand now want to be called Tai Dam rather than Lao Song.

In Nakhon Pathom, there are about 20 Tai Dam villages.

All the villagers at Ban Phai Hu Chang are relatives in the same extended family.

In 1903, a Tai Dam family migrated from Phetchaburi province.

Only a zone which still has traditional houses of Tai Dam has been opened to tourists.

"Their way of life, dialect, culture and traditions are partially influenced by Buddhism, but all the original traditions and beliefs have been preserved," said Rapeepat Ketkosol, secretary of the Thai Tourism Society, which promotes community tourism.

For about 20 years, most Tai Dam people at Ban Phai Hu Chang have opted for modern outfits in everyday life except on the days of local traditions -- sen ruan, funerals and weddings. They, however, still like to make their clothes from handwoven fabrics.

The elderly like the traditional hair bun. Aside from their modern apparel, their culture and traditions have largely remained the same.

Among their traditions is sen ruan or fad tong (ancestor worship).

The ritual must be performed every five days for a group of people called phu tao (those of royal or aristocratic descent), and every 10 days for descendants of commoners.

The Tai Dam have their own calendar for counting days.

Another tradition is the one related to death.

People at Ban Phai Hu Chang who are Buddhists still strongly have faith in spirits.

They invite Buddhist monks to pray at bathing rites and funerals at home while they still perform a ritual to show the spirits of the deceased the way to Muang Thaen, a holy city in legend, and then heaven. They believe Muang Thaen is located near heaven.

According to Tai Dam beliefs, each spirit can be divided into halves. The first half is in heaven, the second at home to protect their descendants. Therefore, every house has a special room called kalor hong for keeping and worshipping the spirits of their ancestors.

If you visit Ban Phai Hu Chang, you will have the opportunity to see several traditional-style houses, some of them built 90 years ago on 500-baht budgets.

Several villagers still keep their weaving tools under their houses on stilts.

They weave fabrics for family use and made-to-order sale. Their products include scarves, shirts, blouses, pants and pillows, both plain and embroidered in the Tai Dam style.

As for weddings, Tai Dam people in the past have preferred marrying Tai Dam or Chinese people, because they wanted men to stay home and pay homage to ancestors.

Marrying Thai women means the necessity of Tai Dam men to move to live with their wives, abandoning their duty to worship ancestors.

At the age of 74, Kham Thongkhonghan is the village's mor sen (ritual performer) for phu tao, who performs all traditional rituals except funerals.

He still weaves fabrics for family use and sale, and also weaves ritual flags for showing spirits the way to heaven.

VISIT THE VILLAGE ON A FESTIVAL DAY

When you visit Ban Phai Hu Chang, you will have opportunities to see traditional houses on stilts and weaving tools, observe cotton weaving and buy traditional fabrics and embroidery work.

The Tai Dam museum at Ban Phai Hu Chang School showcasing ethnic costumes and tools is also worth a visit.