Explosion in dispensary for commissioned officers with 2-3 meter radius. Remnants of wire and battery found at explosion site.

Police: Phramongkutklao hospital explosion had range of 2 to 3 meters

Authorities say a bomb at a hospital in Bangkok has wounded more than 20 people.

The blast went off at 10am on Monday in the dispensary's waiting room for commissioned officers at the Phra Mongkutklao Hospital on Ratchawithi Road in Bangkok, according to Thai media.

Several glass partitions in the area were broken in the blast, which emitted smoke but no flames.

At 11.50am, Lt Gen Saroj Keokajee, commander of the Army Medical Department which supervises the hospital, said 24 people were wounded, three of whom were under close monitoring.

It was believed at the time the blast might have been caused by a gas leak as there were several pipes and cables in the under- maintained air-conditioning ducts.

But after deputy police chief Srivara Ransibrahmanakul checked the scene in the afternoon, he told Thai media the incident was a bombing.

"We found pieces of a circuit and a battery, as well as some wires."

"We'll investigate further but initially we found the explosion had a range of 2-3 metres," he said.

The perpetrators might have put the bomb in a container and placed it near the entrance of the dispensary, which was an open area, he added.

It was too early to say whether the explosion was linked to the bombings in front of the National Theatre last week and the Government Lottery Office on April 5, or whether it targeted lives, he said, adding explosive ordnance disposal officials are investigating.

"We condemn the perpetrators. Even in the three southernmost provinces, no attempts have been made on hospitals," he said.

The entire building was closed so sniffer dogs could check for more explosives.

UPDATE #1: EVIDENCE OF A BOMB ATTACK

In this morning's explosion at King Mongkut Hospital (Phramongkutklao Hospital) in Bangkok police now say there is evidence that the explosion was a bomb attack.

The evidence was said to include remnants of a battery and electrical wires.

The alleged bomb attack marked the third anniversary of the coup that brought the current military government in Thailand to power.

The explosion took place around 11am Monday morning in a reception room for retired civil servants in which over 20 people were injured. 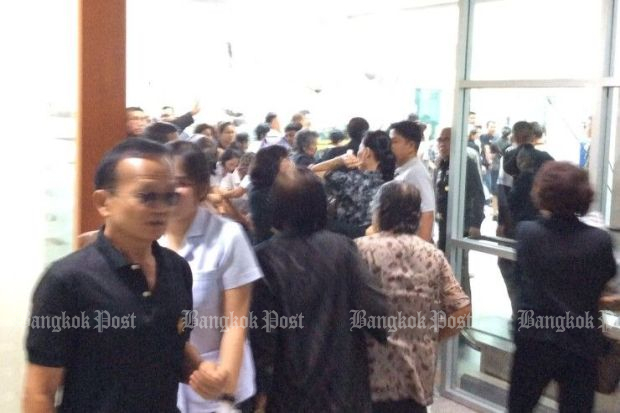 The explosion occured on the first floor room of the Chalermphrakiat building in a reception or guest room for retired military officials.

Whether the explosion was a gas explosion, due to a surge in electricity or an air compressor explosion is not yet known but there was no fire as a result of the explosion. 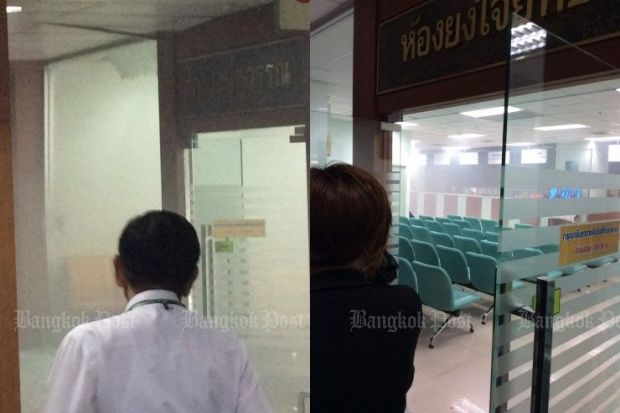 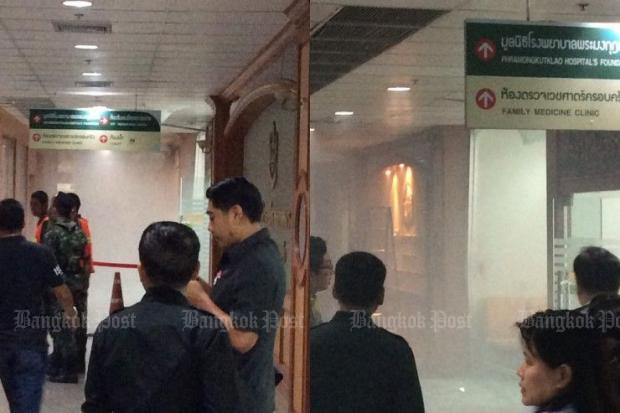 Area of hospital where the explosion this morning happened (Source: Post Today).