Racked phones used as bots at the raided house in Aranyaprathet. (Screen capture from Channel 9 News)

They were arrested on charges including working without work permits.

There were hunded of smartphones racked on metal frames and connected to computer monitors.

The police raid followed a tip-off that illegal migrants were living there.

During the raid  another Chinese man, Ni Wenjin, 32, walked in. He lived next door. A subsequent search of this house also found a large number of SIM cards.(continues below). 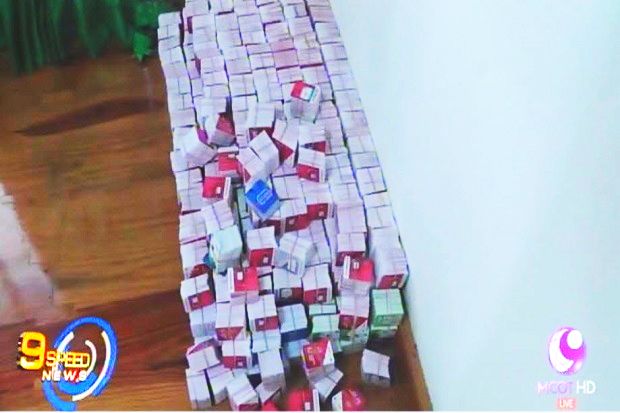 Speaking through an Chinese interpreter, Mr Ni said they were not running a call-centre scam, as police initially suspected.

They had been hired to increase page views of products, and had been doing it for three months.

The hundreds of smartphones were used as bots to falsely increase readership numbers of the pages. 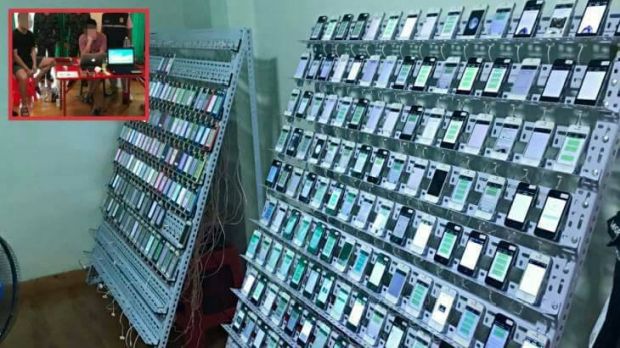 This is, in fact, is another kind of scam called "click fraud" that is apparently not illegal in Thailand since the Chinese were not charged with violating any Thai law related to click fraud.

Click fraud is the practice of hiring people to click thousands of times on a web page or web advertisement so that advertisers are deceived into thinking that a lot of people are visiting the page or viewing the advertisement, so that they will pay more for advertising on the page in the future (see here). 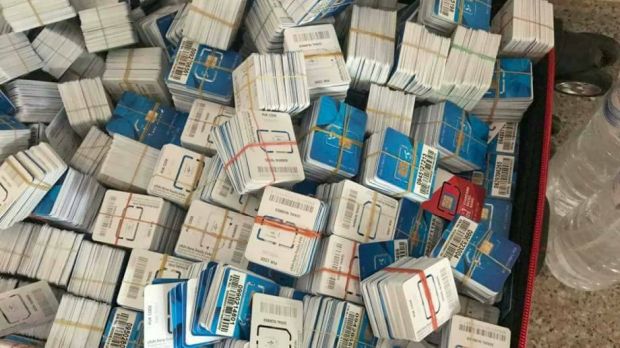 USE OF THAILAND AS A BASE FOR CLICK FRAUD IN CHINA

There were a total of 500 phones arrayed on a rack using fake accounts on WeChat, China's largest messaging app. to boost both likes and page views for online advertisements in China.

The fraudsters used Thailand because in China only one phone can be linked to a single WeChat account, presumably to prevent click fraud (see here)

NO FRAUD CHARGES, BUT MANY OTHER CHARGES

The suspects were charged with overstaying their visas, working without work permits and using unregistered SIM cards.

They were then handed over to Aranyaprathet police.

The seized phones, mostly iPhones, would be examined to determine if they were smuggled or properly taxed, police said.

The suspects could face a charge of smuggling. 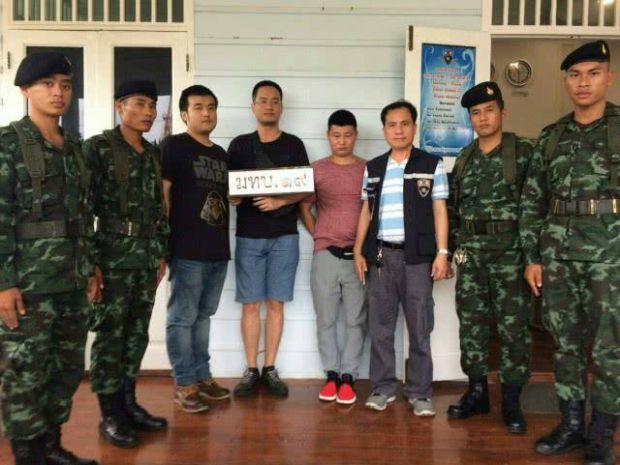