Mixed results for Thailand in "unfair" US trafficking report (Updated)

Thailand stepped up investigations of human trafficking last year but got even fewer results and prosecutions, leaving the country locked on the Tier 2 Watch List of the US State Department's annual listing. The Thai Foreign Ministry has now called the report 'unfair. 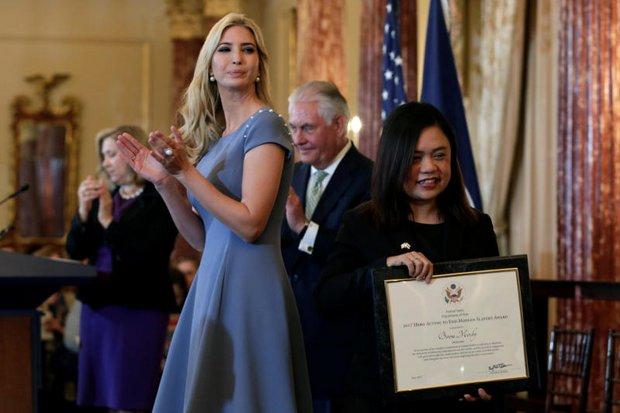 Anti-trafficking activist Boom Mosby of Chiang Mai received a 'Hero's Award' from Ivanka Trump and US Secretary of State Rex Tillerson (second right) at the presentation of the annual US State Department report on Trafficking in Persons. (Reuters photo)

The latest Trafficking in Persons Report by the US State Department does not do justice to Thailand's efforts to stop human trafficking over the past year, according to the Foreign Ministry.

"Thailand views that the Report has not done justice to the significant and tangible progress Thailand has made in various areas during the past year, including policy initiatives, prosecution of wrong-doers and complicit officials, prevention of potential victims, witness and victim protection, and partnership with various groups of stakeholders, both domestic and abroad," the ministry said in a statement issued on late on Tuesday night just after the TIP report was released.

WASHINGTON - Thailand stepped up investigations of human trafficking last year but got even fewer results and prosecutions, leaving the country locked on the Tier 2 Watch List of the US State Department's annual listing.

The disappointing outcome was reported just weeks ahead of an official visit to Washington by Prime Minister Prayut Chan-o-cha.

The government had hoped for a second consecutive promotion on the trafficking list ahead of a meeting between Gen Prayut and US President Donald Trump expected in the second half of July.

The "Tier 2 Watch List" includes Thailand and 44 other countries that make significant efforts to bring their actions against human trafficking into compliance with what the US calls its Trafficking Victims Protection Act (TVPA) standards.

The report gave this summary and reasoning for Thailand's ranking:

"The government of Thailand does not fully meet the minimum standards for the elimination of trafficking; however, it is making significant efforts to do so."

As predicted, it placed China on the bottom rung, Tier 3, "among the world's worst offenders for allowing modern slavery to thrive within its borders".

Myanmar was upgraded to the Tier 2 Watch List from Tier 3, beside Thailand, among nations making significant efforts to meet minimum US standards. 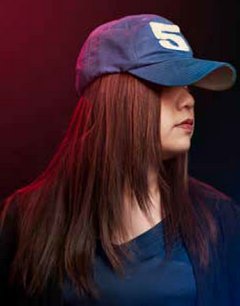 Afghanistan, Malaysia and Qatar were each upgraded to Tier 2.

Ms Boom is a low-profile worker against child- and sex-trafficking in the North.

"The founder and director of the HUG Project is a passionate advocate for child victims of sexual abuse in Thailand and has been instrumental in the advancement of a victim-centered approach in Thai anti-trafficking efforts," the US report said.

Her Advocacy Centre for Children Thailand (ACT House) has supported more than 81 investigations and is credited with the arrest of more than 20 people connected to human trafficking.