City Hall workers dismantle stilt houses in the Khiew Khai Ka riverside community. The clearance, scheduled for completion before August, is part of attempts to make way for the riverside promenade project. (Photos by Apichart Jinakul)

City Hall will complete its demolition work of the Chao Phraya riverside communities by the end of this month as scheduled, to pave way for the controversial riverside promenade.

Riverside to be cleared by month's end

City Hall will complete its demolition work of the Chao Phraya riverside communities by the end of this month as scheduled, to pave way for the controversial riverside promenade.

Deputy Bangkok governor Chakkaphan Phewngam on Monday led an inspection before the demolition of the last 11 of 20 houses in the Khiew Khai Ka community takes place.

The 20 houses were among 282 structures, including nine piers, in 14 communities to be demolished by City Hall. The demolition work began on Saturday. 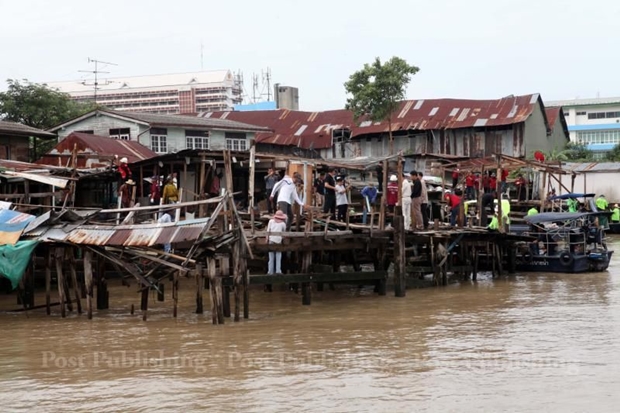 Most residents have voluntarily agreed to leave the Khiew Khai Ka community, saying that the houses were frequently flooded during the rainy season or periods of high tide.

The demolition work is part of the process to pave the way for the 14km riverside promenade, called the New Landmark of Thailand.

In the meantime, Mr Chakkaphan said City Hall is in the process of setting the median prices for an electronic auction to find a contractor.

The process of setting the median price is expected to be completed soon, and the e-auction will possibly start by the end of this month, said Mr Chakkaphan. 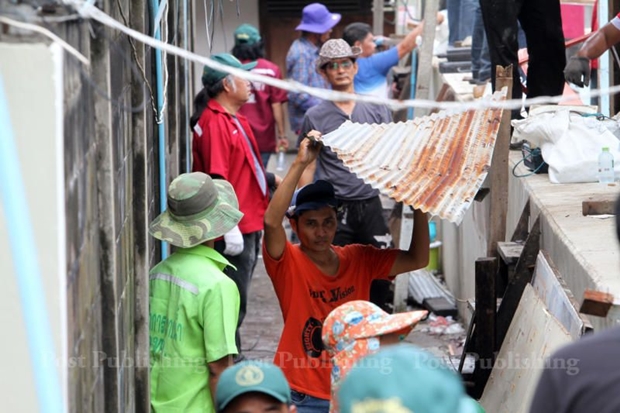 The Khiew Khai Ka community is the first to be demolished for the promenade construction project.

The community agreed to cooperate with the Bangkok Metropolitan Administration (BMA) by moving out so the demolition of the houses protruding into the Chao Phraya River could go ahead, he said.

The public works offices of Dusit and Bang Phlat districts are expected to complete drafting their plans to have all targeted houses demolished by the month's end, he said.

Prior to Monday's demolition, the offices had held meetings with the affected households along the Chao Phraya River to encourage them to move out of the houses found protruding into the river and about 90% of the affected people were willing to move, he said.

The first round of payments is planned for July 26, he added.

The main reason behind these people agreeing to move out was that those houses are not ideal places to live, especially during the rainy season or periods of high tide when their houses are frequently flooded, he said.

Dept comes to rescue of GrabBike

Covid hospitalisations up in Bangkok