The rising baht affects a wide range of people, from visitors and outbound Thai tourists to exports and importers and more. (Bangkok Post file photo)

The Bank of Thailand has acknowledged the baht's rapid climb against the US dollar. Meanwhile, government agencies look to take advantage by buying back foreign debt.

Bangkok Post business writer Wichit Chantanusornsiri reports on one way the government is ready to take advantage of the baht's strength. It now takes fewer baht to buy US dollars and the Japanese yen a well. 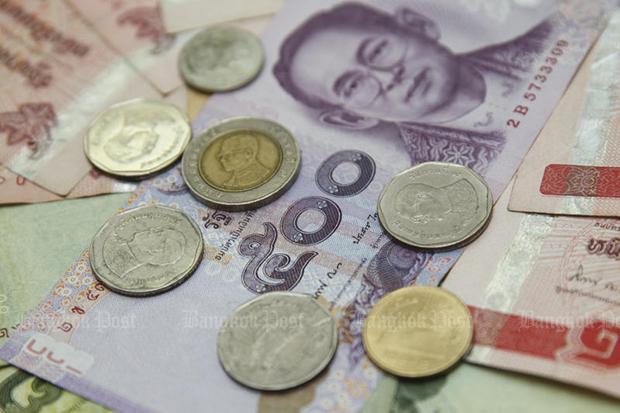 The state agency plans to convert US$250 million (8.37 billion baht) in dollar debt to a baht-denominated obligation over the next few months, said Theeraj Athanavanich, a bond market adviser to the PDMO, adding that it is also aiming to swap 30-40 billion yen-denominated debt but will monitor the foreign exchange market's movement for a while before making a decision.

The foreign currency debt swap is a policy of Finance Minister Apisak Tantivorawong, who has said that it was a good time for the PDMO to curb foreign exchange risk from the government's foreign debt, though it accounts for a mere 4.99% of public debt. Apart from the government, state enterprises are also advised to swap their foreign currency debt.

Of the total 4.99%, government agencies owe 1% of the debt, while state enterprises make up for the rest.

The Bank of Thailand has acknowledged the baht's rapid climb against the US dollar recently, a movement that it says warrants close monitoring.

"Even though the baht's strengthening is in tandem with the movement of other currencies in the region, the baht in the recent period has gained in value rather fast," said Mathee Supapongse, the deputy governor overseeing monetary stability at the central bank.

The abrupt appreciation of the baht reflects the market's reaction to short-term volatility, Mr Mathee said.

"As a result, the Bank of Thailand will closely monitor the situation in the foreign exchange market," he said.

The baht has gained about 7% year-to-date against the US dollar, trailing only South Korea's won, which is up 8% in the period, according to data provided by the central bank.

Don Nakornthab, a senior director at the Bank of Thailand, said last week that the baht's strength had not significantly blunted Thailand's trade competitiveness and that exports remained on track to achieve the central bank's full-year forecast of 5% growth.

Mr Don said the central bank had acted on the baht to some extent in a bid to keep the currency in line with regional peers.

A foreign exchange dealer said the stronger baht sprang from the dollar's retreat over concerns about the US economy.

"Indicators out of the US show that the economy is weaker than what the market expected while political uncertainties have increased, causing a sell-off in the US dollar in the recent period," said the dealer, who declined to be named.

Offshore inflows to Thailand's bond and stock markets since mid-July also contributed to the stronger baht, the dealer said.

The dealer put the baht's near-term ceiling at 33.30 to the dollar through August. The baht on Tuesday traded at 33.42, compared with 33.46 on Monday.