Runaway bride Jariyaporn Buayai, 32, at the Crime Suppression Division in Bangkok on Friday after her arrest on Thursday night. (Photo by Pattarapong Chatpattarasill)

CSD police in Nakhon Pathom have arrested the woman who allegedly married at least 11 men and ran off with the dowries. She and her real husband were both wanted on several warrants for other offences.

The runaway bride arrested for allegedly duping numerous "husbands" out of 3 million baht, and her real husband were both wanted on several warrants for other offences, police said on Friday.

Pol Lt Gen Thitirat Nonghanpitak, commissioner of the Central Investigation Bureau, said on Friday that Ms Jariyaporn had lured at least 11 men in various provinces into marrying her, and made off with more than 3 million baht of their money. He believed there were also other victims.

Ms Jariyaporn had been wanted over the past two years on four warrants, issued in Chanthaburi, Chumphon, Rayong and Loei provinces, for alleged fraud and forgery of official documents.

Her husband Kitti had five warrants out for his arrest, for alleged theft, embezzlement and fraud. 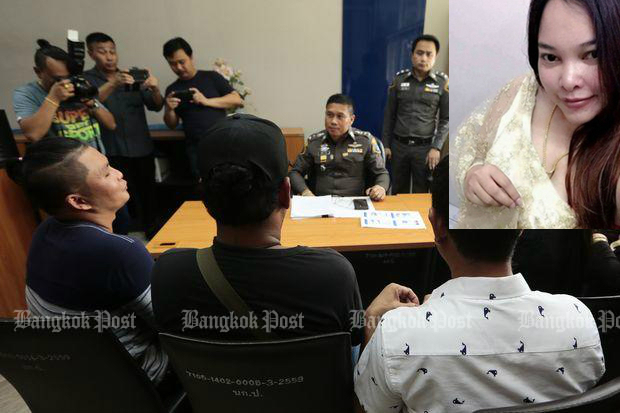 Crime suppression police have arrested the woman who allegedly married at least 12 men and ran off with the dowries in Nakhon Pathom province with one of her husbands while they were allegedly trying to escape. 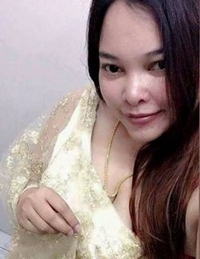 The police acted on five warrants to arrest Jariyaporn Buayai on old charges of fraud and embezzlement in five provinces before she married those men.

They caught her in tambon Kratumlom, Samphran district, a police source said late on Thursday.

They will likely hold a briefing on her case on Friday, he added.

Earlier on Thursday, Soipet Paleewal went to the CSD for interrogations, one day after she was on the list of persons to be summonsed.

Her name has been used by Ms Jariyaporn to allegedly fool at least a dozen grooms whose dowries were transferred to a bank account bearing Ms Soipet's name.

The name was also used by Ms Jariyaporn on a Facebook account to start romantic conversations with the victims which led to brief marriages and her fleeing with the money.

Ms Soipet, 27, admitted to knowing the runaway bride but denied receiving any money through the account she actually used.

She alleged Ms Jariyaporn, 32, had borrowed her ID card to apply for a job in Pattaya because the position required a younger applicant. The card was never returned so she decided to apply for a new one. 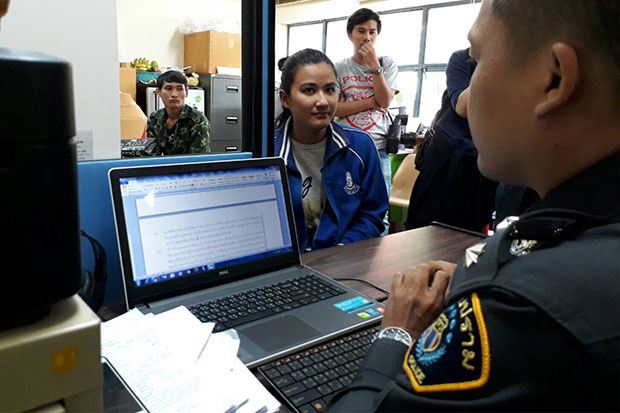 Ms Soipet said Ms Jariyaporn could possibly use her card to open another bank account and the Facebook account without her knowledge. An ID card is required to open a bank account at Thai banks.

Pol Col Arun Vachirasrisukanya, a CSD investigator on the case, said her statements given to the police would be kept on record and sent to other police stations where the men had lodged the complaints on the case before some of them sought help from the CSD on Tuesday.

The CSD has not filed charges against Ms Jariyaporn as the investigators are collecting evidence from the victims and other witnesses.

Pol Col Arun said Ms Soipet could also be charged or set aside as a witness depending on how the probe was wrapped up.

Boonliang and Samrong Buayai, the parents of the bride, were also summonsed for interrogations since they allegedly showed up at all of their daughter's wedding ceremonies. They have yet to report to the police.