PM to meet with Trump Oct 3 in Washington

The biggest revelation likely to come out of the Prayut-Trump meeting is the size of huge investments made recently in the US by Thai companies.

Trade and security will top the agenda when Prime Minister Prayut Chan-o-cha meets US President Donald Trump at the White House next week, officials say.

Trade and security will top the agenda when Prime Minister Prayut Chan-o-cha meets US President Donald Trump at the White House next week, officials say.

The long-awaited meeting on Oct 3 will cover a range of issues from Thai companies investing in the United States to the strategic role Thailand could play in Asia, especially regarding the escalating conflict between Washington and Pyongyang, they said.

Issues to be tabled include "the increase in investment by Thai companies in the United States and the role we can play in coordinating on North Korea", a highly-placed source in the Thai government told the Bangkok Post.

Thai Summit, PTT, Banpu, Indorama Ventures, Thai Union Group and other companies have made heavy investments in the United States but not many have been publicised, the source said.

As part of the preparations, US Commerce Secretary Wilbur Ross will meet Gen Prayut and his economic team Wednesday to hammer out details. Mr Ross recently returned from a working trip to China. 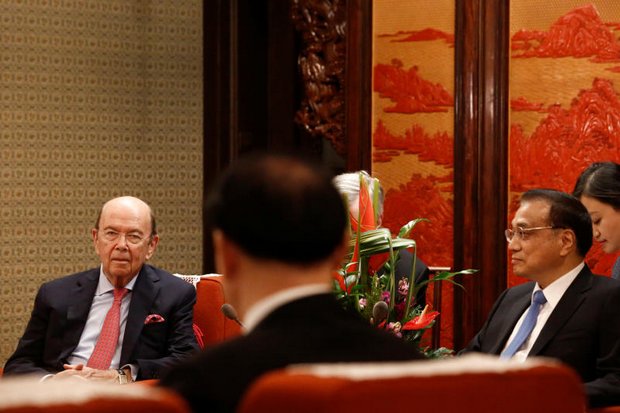 US Secretary of Commerce Wilbur Ross (left) met with Chinese Prime Minister Li Keqiang at the Zhongnanhai state guesthouse in Beijing, and then flew to Bangkok to help to prepare for the Trump-Prayut meeting at the White House next Monday. (Reuters photo)

The ongoing Rohingya crisis in Myanmar and North Korea's nuclear programme are also seen as critically important subjects to be discussed, the source said.

Mr Trump, who in a statement called Thailand a "key partner and longstanding ally", is likely to want Bangkok to play an important security role in the region.

In his White House statement, Mr Trump said he "will discuss ways to strengthen and broaden bilateral relations and enhance cooperation".

The premier's trip, from Oct 2-4, is expected to help re-energise bilateral ties, advance mutual cooperation and reaffirm Thailand as Washington's oldest ally in Asia, according to the Ministry of Foreign Affairs. Next year mark 200 years since ties were first established.