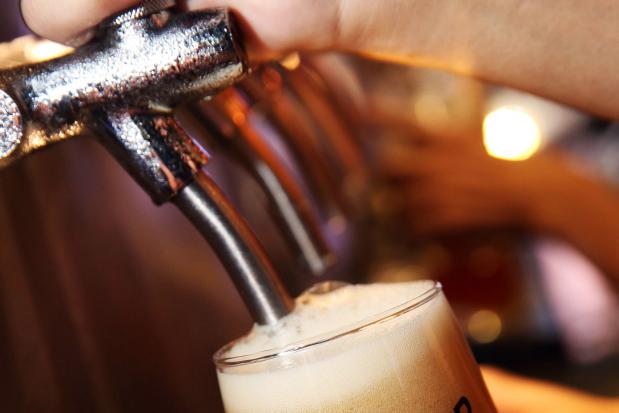 The Future Forward Party (FFP) on Tuesday unveiled a plan to push a law touted through parliament that would open up the country's alcoholic beverage industry and ensure fair treatment for new and small liquor and beer producers.

FFP list-MP Pita Limcharoenrat said that if it is passed, the draft law would generate an extra 15-20 billion baht for the sector.

Small producers of beer and liquor are currently barred from entering the business by the current 2017 Excise Tax Act, which imposes a minimum volume of beer production of 10 million litres per year and a minimum production volume of spirits of 30,000 litres per day, said Woraphop Wiriyarot, another FFP list-MP.

The law also imposes a minimum investment capital of 10 million baht for beer producers, he said.

"As such, community-based producers of alcoholic drinks will never be able to grow and compete with those manufacturers with billions of baht in capital in hand. That's why we have come up with this draft law," he said.

"Over the past four decades, Thailand has exported about 200,000 tonnes of Indica rice, priced between 10 baht and 20 baht per kilogramme, to Japan where Awamori, an alcoholic beverage indigenous and unique to Okinawa, is produced," said Mr Pita.

"The Japanese-made beverage is exported back to Thailand at 2,500 baht per litre, or 170 times the price of the raw material," he added.

Citing results of his own survey, Mr Pita said there are currently about 2,000 small liquor-making houses and 70 locally made craft beer brands in the country which technically operate outside the scope of the law, which could thrive if this draft law is passed.

"The FFP sees these drinks not just as booze but also culture, local wisdom, history, inherited formulas and product trademarks with scientific and economic value," he said.

"The production of Lao Sa-iap liquor in Phrae, for instance, makes the country about 400 million baht in excise tax per year, based on the value of its sales of 1 billion baht," he said.

The total value of liquor produced in communities is between 2.8 billion baht and 3.2 billion baht per year, or about 1 billion baht in excise tax revenue to the state, he said.

"The other 3,000 community-based producers will become legal once the FFP's draft law is passed," he said.

"The value of locally made alcoholic drinks will therefore rise to 15-20 billion baht per year," he added.

Click "play" to listen to Future Forward Party lays out reform for booze producers and "Download" to keep this file for educational purpose.

draft : written for consideration, but not yet in its final form - ฉบับร่าง

excise tax : a tax made by a government on some types of goods made, used sold within their own country - ภาษีสรรพสามิต, ภาษีสำหรับสินค้าในประเทศ

impose : to introduce something, such as a new law or new system and force people to accept it - นำกฎหมายมาบังคับใช้

indigenous : naturally existing in a place or country rather than arriving from another place - เกี่ยวกับชนพื้นเมือง

local wisdom (noun): the knowledge that has been discovered or acquired by local people through long experience - ภูมิปัญญาท้องถิ่น

raw material : a basic material that is used to make a product - วัตถุดิบ

technically : according to an exact understanding of rules, facts, etc. -

tout : to praise someone or something because you want other people to think they are good or important - พูดคุยอวด

unveil : to announce something that was not known before - เปิดเผยข้อมูล