Foreigners banned from entry, no curfew yet | Bangkok Post: learning 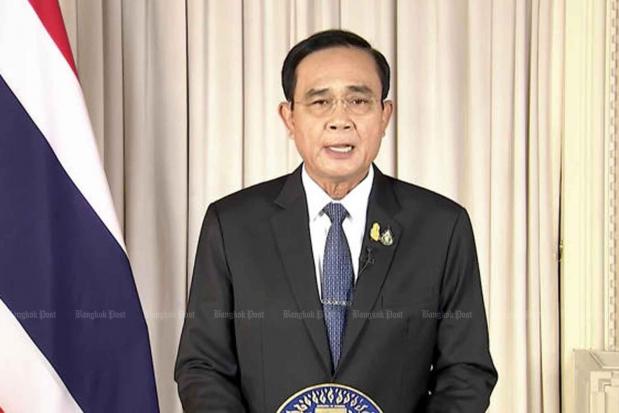 Prime Minister Prayut Chan-o-cha announced the state of emergency and measures to control the novel coronavirus through TV Pool on Wednesday afternoon.

Thailand has banned the entry of foreigners and the government may impose a 24-hour curfew as its next step to tackle the spread of Covid-19 under the Emergency Decree which went into effect on Thursday.

Prime Minister Prayut Chan-o-cha announced on Wednesday the country would be under a state of emergency as of Thursday until April 30, as Thailand reaches a turning point in its battle with Covid-19 transmissions.

The armed forces will set up checkpoints across the country under the Emergency Decree and 16 first-level instructions have been issued. A curfew is not imposed at this level.

However, Deputy Prime Minister Wissanu Krea-ngam said a curfew might be imposed later if considered necessary.

He added that if the government does go ahead with imposing a curfew, it will be different from previous curfews which were only imposed at night.

"The curfew for Covid-19 is likely to cover 24 hours, with exceptions for individuals seeking medical treatment, those going to court or those working in broadcasting services."

Among first-level directives imposed under the Emergency Decree, foreigners are banned from entering the kingdom at all points with the exception of diplomats, shippers, drivers, pilots and others permitted by the prime minister. Thai nationals stranded in other countries will still be allowed to return provided they have a fit-to-fly health certificate. 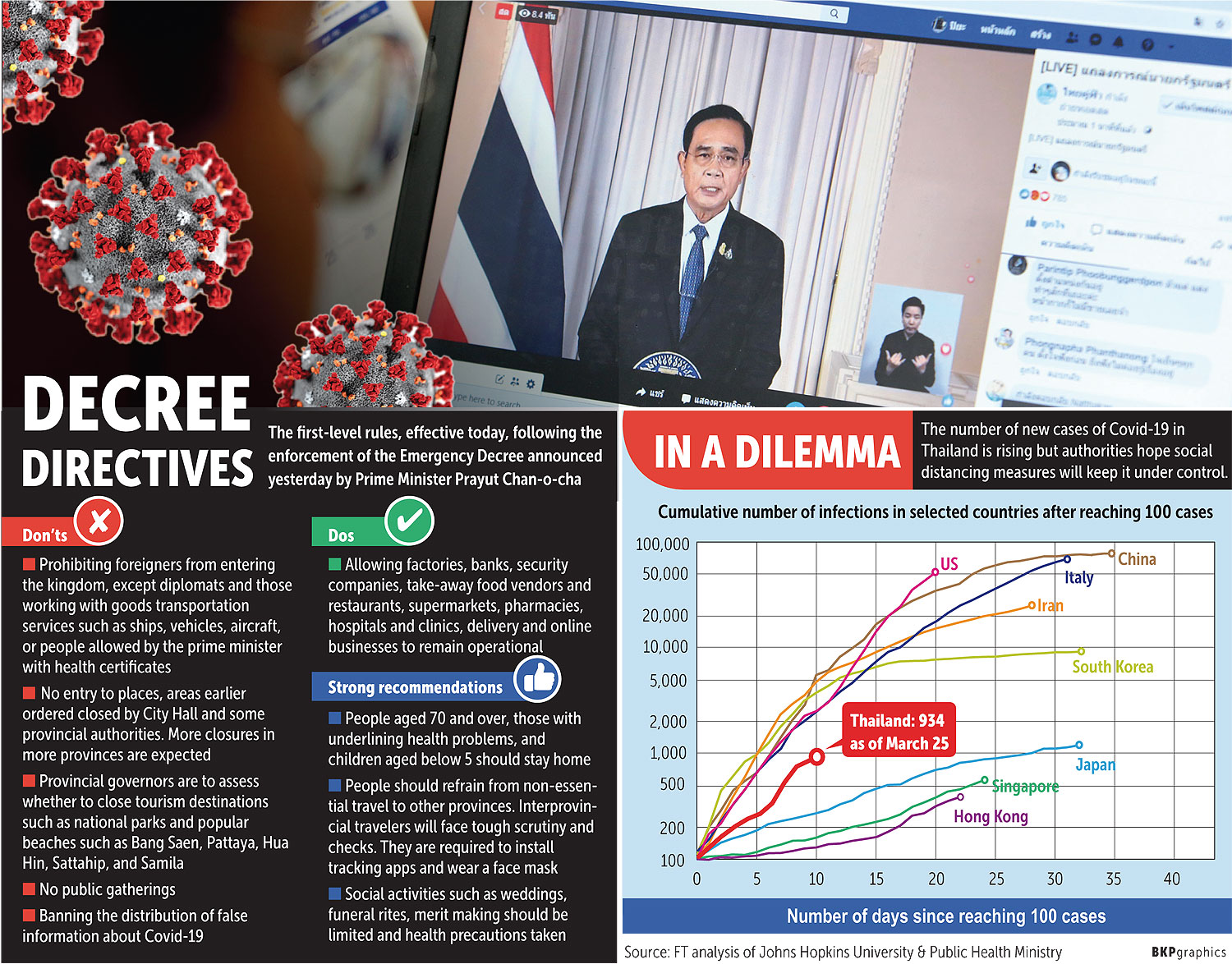 Click "play" to listen to Foreigners banned from entry, no curfew yet and "Download" to keep this file for educational purpose.

broadcast : a programme that can be seen or heard on television or radio - แพร่ภาพกระจายเสียง

court : the place where legal trials take place and where crimes, etc. are judged - ศาล

exception : someone or something that is different in some way from other people or things and so cannot be included in a general statement - เป็นที่แตกต่าง ที่พิเศษออกไปจากกลุ่ม

turning point : a time when an important change takes place in a situation, especially one that makes it better - จุดที่มีการเปลี่ยนแปลง