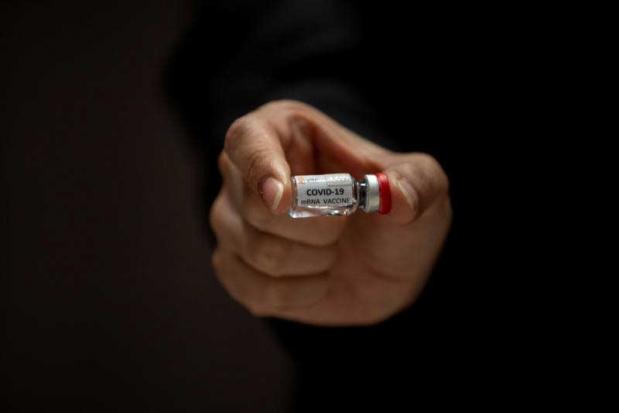 A researcher holds up an mRNA type vaccine candidate for the coronavirus disease during a news conference at the National Primate Research Center of Chulalongkorn University in Saraburi province on June 22, 2020. (Reuters photo)

A novel coronavirus vaccine being developed by a Thai research team in collaboration with the University of Pennsylvania is expected to enter mass production by the end of next year, the research team said on Sunday.

Non-human primates which received a second dose of the vaccine displayed high levels of Covid-19 antibodies, which the research team called an encouraging sign. Human trials are scheduled in October, the team said.

The research team -- led by Kiat Ruxrungtham of the Chula Vaccine Research Centre -- has been testing the Cu-Cov19 vaccine on 13 macaques at Chulalongkorn University's National Primate Research Centre in Saraburi.

The result has led to high hopes that the country can successfully produce its own vaccine against Covid-19 by the third quarter of next year. BioNet Asia, the centre's partner, is expected to produce "millions" of doses by the end of next year, said Dr Kiat.

Chutitorn Ketloy, a research team member, said macaques which were vaccinated between May and June seem to have developed immunity against Covid-19, with their antibody levels reaching up to 5,120 after receiving the second dose.

Mice injected with the vaccine registered antibody levels of up to 40,960, suggesting that the vaccine's effect decreases as the size of the test subject increases, the researcher added.

"This is a significant result, as we now understand that the antibody response will drop by 5-10 times when the vaccine is administered on humans," said Dr Kiat.

"But even with such a decrease, immunity to the disease can be achieved as long as the antibody response measures above 1,000, which is the level we hope to see in the [human] trial." 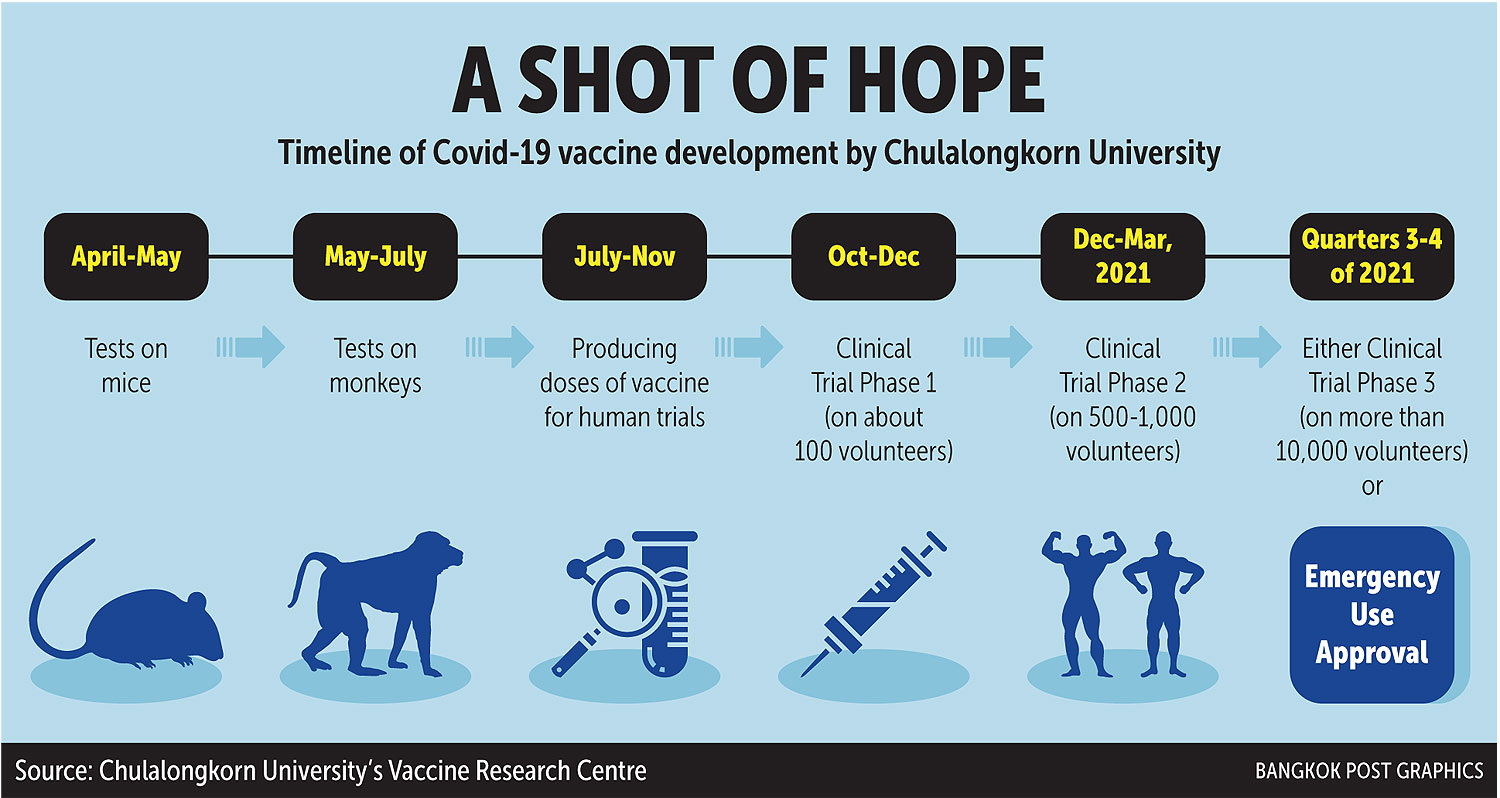 The first phase of human trials is going to begin in October, followed by the second phase from December to March 2021. As the third phase of human trials requires over 10,000 participants for the results to be valid, Thailand -- due to its relatively low number of cases -- will seek the cooperation of Brazil, India and Indonesia to carry out the tests.

If the US FDA approves a vaccine before Thailand, Thai plants can mass-produce the vaccines by the third quarter of next year, he said.

To effectively control an outbreak, at least half of an entire country's population will need to be vaccinated, which means Thailand will need at least 70 million doses.

It is estimated that around two billion doses of Covid-19 vaccine will be produced by the end of next year -- which is unlikely to be enough to meet the global demand.

Click "play" to listen to Vaccine ready 'next year' and "Download" to keep this file for educational purpose.

antibody (noun): a substance that the body produces in the blood to fight disease, or as a reaction when certain substances are put into the body - สารภูมิต้านทาน

immunity : protected from a disease naturally by the body - ภูมิคุ้มกันโรค, ภูมิต้านทานโรค

inject : to put a drug or another substance into your body through the skin - ฉีดยา

macaques (noun): a type of monkey that lives in Africa and Asia - ลิงแสม

primates : members of the most developed and intelligent group of mammals, including humans, monkeys and apes - สัตว์เลี้ยงลูกด้วยนม

vaccinate : to give someone a vaccine, usually by injection (putting a liquid, especially a drug, into a person's body using a needle and a syringe), to prevent them from getting a disease - ฉีดวัคซีน