Around a thousand people led by a group called Free Youth gathered on Saturday near the Democracy Monument in Bangkok to call for democracy.

The rally was the first major political demonstration since the end of most Covid-19 restrictions. And while the emergency decree still bans public gatherings, government officials have said they would not apply it to political events if they remained peaceful.

The event went ahead largely without incident. At one point demonstrators began to push back a metal barrier that had been set up to keep the crowd from spilling into the road nearby, and the police eventually backed off.

The rally was staged to press three demands: dissolution of the House, a rewrite of the constitution and an end to official and harassment of those critical of the government.

Before the event, organisers took to Twitter to remind those who planned on attending to wear masks and carry saline water in case tear gas was used. 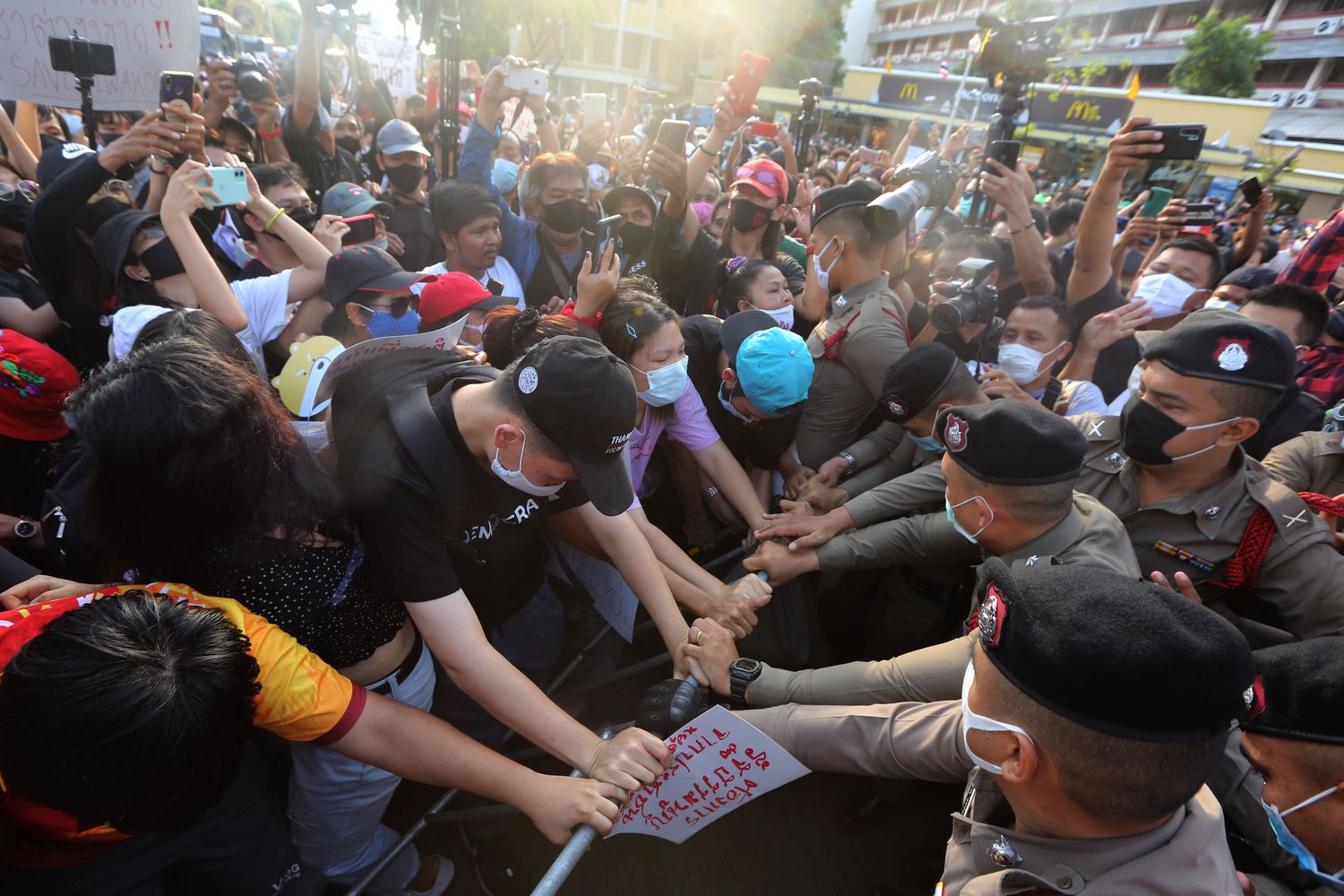 Among the speakers at the rally was Free Youth secretary-general Tattep “Ford” Ruangprapaikitseree, one of the two activists who had held up signs slamming the government for its mishandling of the quarantine of an Egyptian military delegation in Rayong province last week.

Other speakers were Mike Panupong, chairman of a group called Eastern Youth for Democracy, Juthathip Sirikan, chairwoman of the Student Unions of Thailand, and Non Nattachon from Eastern Youth.

Parit Cheewarak, a co-leader of the Student Unions of Thailand, told the crowd the gathering was a warning for the government.

“The emergency decree has been used to control people,” he said.

The resentment of young people has grown in recent months as they see the current elected government is not very different from the military junta that preceded it.

Tattep and Juthathip read a joint statement announcing the end of the rally at about midnight.

They cited safety concerns and the lack of facilities and public utilities to accommodate the large number of people who joined the rally as a reason for calling off the demonstration.