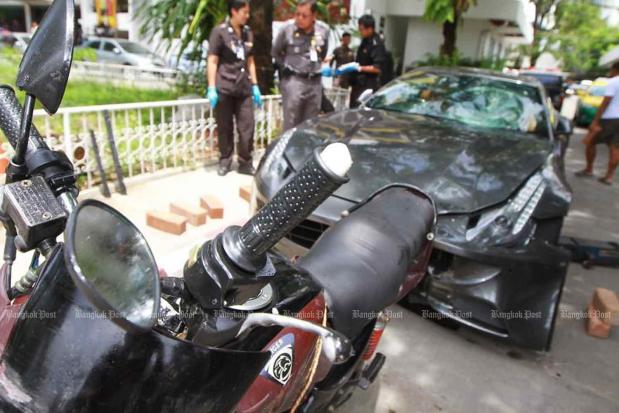 A senator is calling for a national independent committee to review the hit-and-run case involving Red Bull scion Vorayuth "Boss" Yoovidhya, who is in the clear after public prosecutors decided to drop all charges against him.

Half the committee members must be experts who don't come from the Office of the Attorney-General (OAG) or the Royal Thai Police, Senator Kamnoon Sidhisamarn declared on Facebook on Tuesday. He also said its chairman must be from outside those two agencies.

Sen Kamnoon suggested that the panel be appointed as an official state body under the Criminal Code, with the power to access all documents and investigation reports and summons all involved to testify.

The panel should be given 15 days to present an initial report on the case.

He said the prime minister must issue an order to specify the panel's role, its scope of authority and a time frame to do its work.

"Thais are fed up with the system of committees, particularly those from the same agency investigating each other," Sen Kamnoon said. 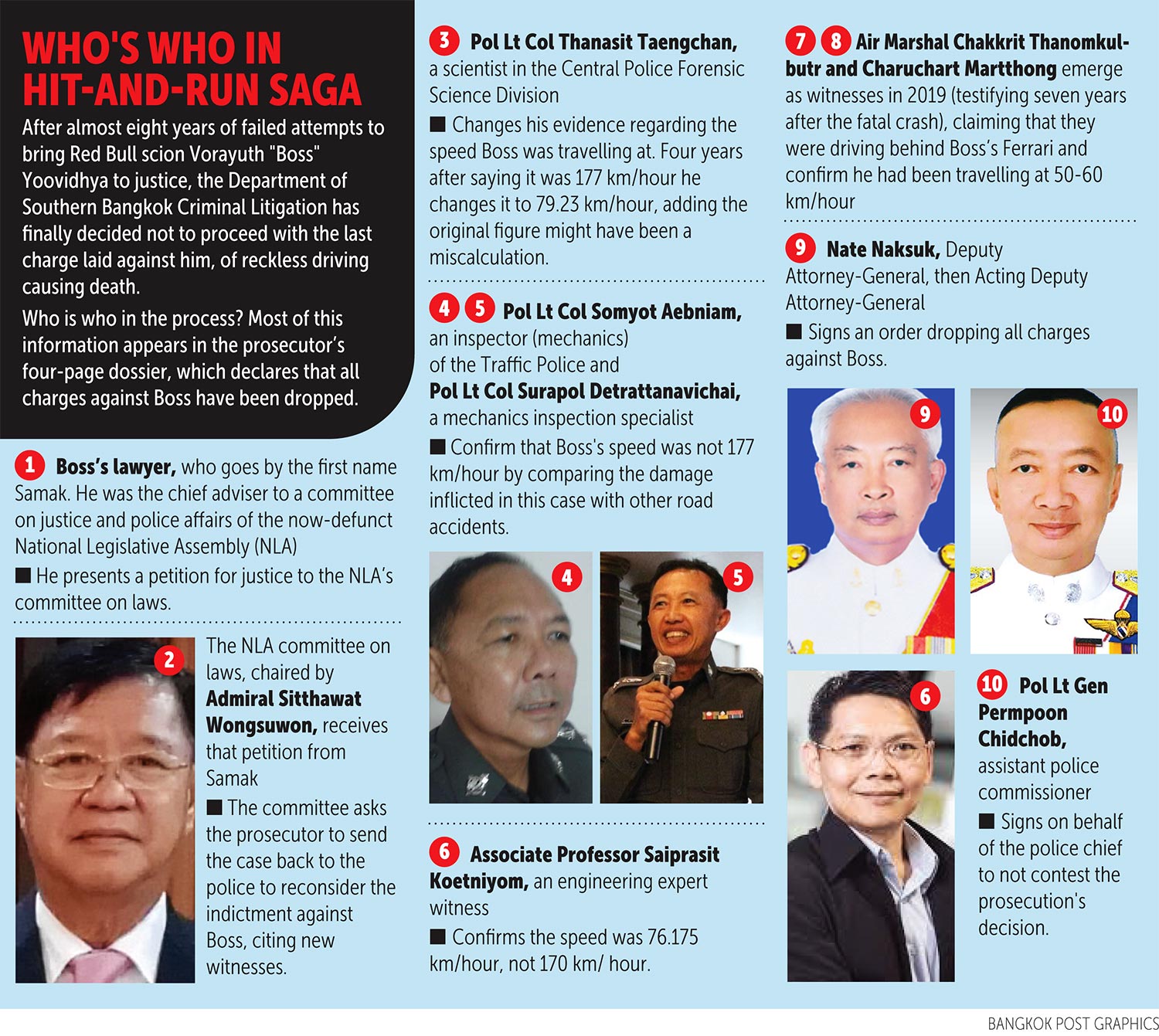 Meanwhile, the OAG says a panel of public prosecutors will finish their review of the decision not to arraign Mr Vorayuth within seven days.

Prayuth Petchkhun, deputy spokesman of the OAG, refused to confirm if the panel would look into the credibility of two new witnesses, who told police that Mr Vorayuth had not exceeded the speed limit.

The panel had just started work and it was too soon to answer such questions, Mr Prayuth said. However, he did say that prosecutors could revise their decision on whether to proceed with charges in the light of being presented with new evidence or witnesses. Besides, damaged parties in the case still had their right to press a charge, he said.

Click "play" to listen to Senator wants new Boss panel and "Download" to keep this file for educational purpose.

arraign (verb): to bring somebody to court in order to formally accuse them of a crime - ฟ้องกล่าวโทษ,นำตัวขึ้นศาล

authority : the power to make decisions or tell people what to do - อำนาจ, อำนาจในการสั่งการ

credibility : the degree to which something can be believed or trusted - ความน่าเชื่อถือ,ความน่าไว้วางใจ

exceed : to go beyond an official limit; to be greater than a number or amount - เกินปริมาณ

fed up (idiom): annoyed or bored with something that you feel you have accepted for too long - เบื่อ, ผิดหวัง โดยเฉพาะกับสิ่งที่เจอมานาน

litigation : the use of the legal system to settle a disagreement - การฟ้องร้อง ดำเนินคดี

summons (verb): to officially order someone to come to a place - เรียกตัว

testify : to make a statement about something that you saw, know, or experienced, usually in a court of law - ให้การเป็นพยาน