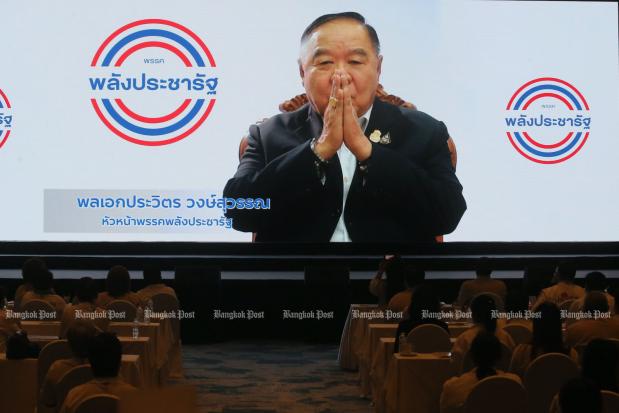 Deputy Prime Minister Prawit Wongsuwon denies that his family had influence over the decision to drop the manslaughter charge against Vorayuth Yoovidhya in June. (Bangkok Post photo)

Deputy Prime Minister Prawit Wongsuwon on Wednesday denied speculation that his family had influence over the decision to drop a charge against Red Bull scion Vorayuth "Boss" Yoovidhya in June.

According to media reports, Gen Prawit's brother, Admiral Sitthawat Wongsuwon, was chairman of the now-dissolved National Legislative Assembly (NLA) committee when Mr Vorayuth's lawyer, Samak, petitioned it to have the manslaughter charge dropped.

The reports said the committee later asked prosecutors to send Vorayuth's case file back to the police to reconsider his indictments, citing new witnesses. The move effectively killed the case against Boss.

He said the accusation that Adm Sitthawat was involved in the decision to drop the charges against Mr Vorayuth was surprising because Adm Sitthawat did not have the power to do so.

Gen Prawit claimed neither he nor any member of the Prawit family could have forced the charges to be dropped.

Mr Vorayuth was accused of killing Pol Snr Sgt Maj Wichian Klanprasert, a policeman riding a motorcycle, during a hit-and-run incident involving his Ferrari on Sukhumvit Road in Bangkok, on Sept 3, 2012.

Mr Vorayuth was charged with speeding and failing to stop, but the indictments were dropped after exceeding the statute of limitations. Mr Vorayuth was also charged with reckless driving that resulted in death, but that charge was dropped by prosecutors in June.

Click "play" to listen to Prawit denies his family helped 'Boss' and "Download" to keep this file for educational purpose.