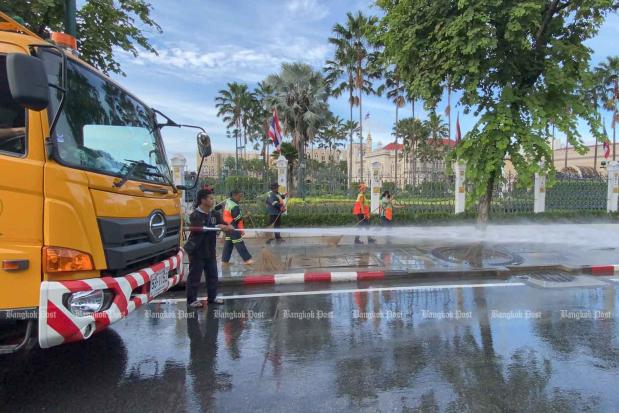 City Hall workers clean Phitsanulok and other roads outside Government House after the anti-government demonstration ended on Thursday. (Photo by Nutthawat Wicheanbut)

The government banned gatherings of five or more people and the publication of news or online messages that could harm national security early on Thursday under an emergency decree to end Bangkok street protests.

Protests have escalated for three months and protesters set up camp outside Government House to demand Prime Minister Prayut Chan-o-cha's resignation late on Wednesday. The government said it also acted after demonstrators obstructed a royal motorcade.


"It is extremely necessary to introduce an urgent measure to end this situation effectively and promptly to maintain peace and order," state television announced.


It was accompanied by a document setting out measures that took effect from 4am to ban big gatherings and allowing authorities to ban people from entering any area they designate. 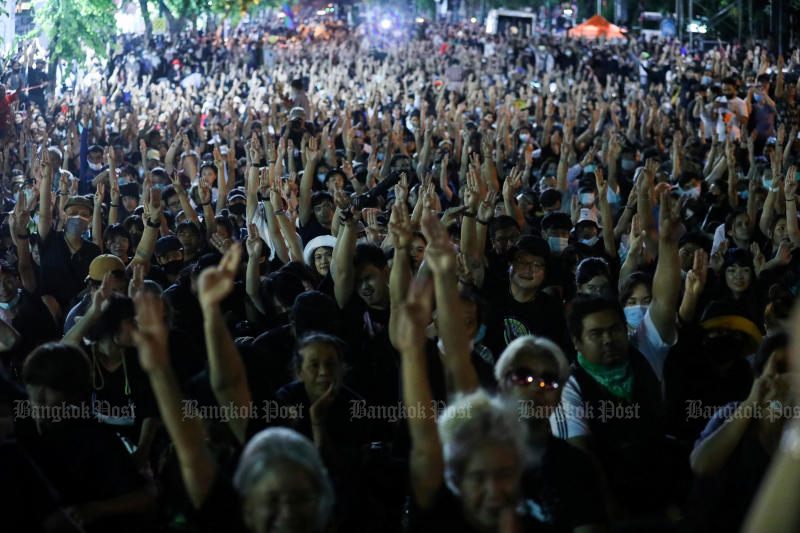 Demonstrators flash the three-fingers salute as they gather outside Government House on Wednesday. (Reuters photo)

Shortly after the emergency decree took affect, riot police advanced behind shields on protesters who had camped outside Government House.

Some protesters tried to resist but they were swiftly pushed back. By dawn, hundreds of police occupied the nearby streets and city workers began cleaning up.

The protest movement aims to remove Prayut, who took power in a 2014 coup.

Those marching on the streets also want a new constitution and have called for reform of the monarchy.

escalate : to become much more serious or much worse - ทำให้เพิ่มขึ้น, ทำให้มากขึ้น

shield : an object that police officers carry in order to protect themselves - เกราะ