More+
Benefits of AFTA for Thailand: Not yet fully captured
Learning
Advanced news

Benefits of AFTA for Thailand: Not yet fully captured

New international trade opportunities arose for ASEAN member states when a variety of free trade agreements came into effect at the beginning of this year. The benefits of these agreements have yet to be fully captured by Thai businesses.

The Free Trade Agreements (FTAs) that came into effect include:

The International Institute for Trade and Development at Chulalongkorn University is leading efforts to educate Thai businesses about these new opportunities (See free publications for download).

Thailand needs to prepare for Asean liberalisation by Chadamas Chinmaneevong 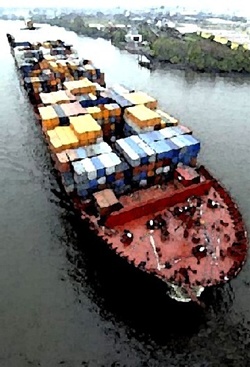 The International Institute for Trade and Development has urged Thailand to prepare for its role as a major logistics hub as Asean economic integration is planned for 2015.

Executive director Weerasak Kowsurat said both public and private sectors should get ready for the Asean Free Trade Area's (Afta) full liberalisation. Government agencies should have experts on Afta to help them cope with changes.

We should find the ways to benefit from the huge population of 570 million in Asean. Some 270 million Indonesians speak Bahasa, but how many Thais can speak this language or know how to benefit from Afta?" he asked.

Last year, Thailand used only 29% of its Afta privileges while other countries exercised up to 60%. For example, exports to Indonesia can be facilitated with certification, but many Thai companies either do not know where to apply for it, or do not want to change their procedure and choose to pay tariffs instead.

When the full liberalisation of Afta takes place, Thailand will benefit the most as a logistics hub due to our location in the region," Mr Weerasak said.

He noted the Thailand-China free trade agreement is important because of China's rapid growth and the government and businesses should have experts on China. Although China has high business potential, it poses many risks because its economy is closed.

If China devalues its yuan, the global economy will be shaken immediately. Therefore, any action with China must be carefully considered, especially when it comes to trade liberalisation," said Mr Weerasak

Investing in Chinese hotels is attractive because of the rapid increase in the number of international tourists. At the same time, average annual domestic tourism is estimated to have reached 1.61 billion trips with revenue of 777 billion yuan.

The institute recently conducted a study on Afta and its benefits for Thai people. A publication showing research results began distribution in July and is still available in some coffee shops.

AFTA  (ASEAN Free Trade Area) - a trade agreement by the countries in ASEAN to reduce and end tariffs within ASEAN (See Wikipedia)
ASEAN - the organisation for regional cooperation between Southeast Asian states (Thailand, Vietnam, Singapore, Malaysia, Laos, Brunei, Indonesia, Cambodia, and Myanmar) (See Wikipedia)
Free Trade Agreement (FTA) -  an agreement between a  group of countries to eliminate many tariffs, quotas and preferences on goods passing between them (See Wikipedia)
benefit - good things or advantages that can be gained in a situation ผลประโยชน์ capture benefits - actually gaining the good things (that can be gained in a situation)
international - between countries ระหว่างประเทศ
trade - the buying and selling of goods การค้าขาย opportunities - situations where it is possible to do what you need or want to do โอกาส came into effect - when a new law or agreement begins and is active

liberalisation - reducing rules in an industry, making the rules governing an activity less strict and allowing more freedom of action (See glossary) เสรีภาพในการแสดงความคิดเห็นหรือแสดงออก
International Institute for Trade and Development (ITD) - an institute at Chulalongkorn University in Bangkok that does training and research on issues of international trade and economic development (See website)
urged - advised someone very strongly about what action should be taken วิงวอน
role - the position, purpose or function that someone or something has in a situation, organisation, society or relationship, what a person typically does in an organisation or activity บทบาท
logistics - transporting and storing goods on the way from factory to consumer, the management of the flow of goods, information and other resources, including energy and people, between the point of origin and the point of consumption in order to meet the requirements of consumers, the integration of information, transportation, inventory, warehousing, material-handling, and packaging, military logistics, moving goods for warfare was the original kind of logistics (See Wikipedia and previous article) การขนส่งและจัดจำหน่ายสินค้า
hub - the central or main part of something where there is most activity จุดศูนย์กลาง
integration - joining together into one unified whole, the process of combining together to create a single unit or system การรวมเข้าด้วยกัน, การผสมผสาน
sector - a part of the economy (public sector = government, private sector = all businesses, household sector = families and consumers, banking sector,...) ภาคเศรษฐกิจของประเทศ (See Wikipedia)
private sector - all the companies in an economy (owned by individuals and stockholders, not the government) public sector - government agencies and government run companies (state enterprises) in an economy
cope - deal with a problem or difficult situation successfully (make it manageable, not always solve problem) รับมือ, รับมือได้,  รับมือกับปัญหาได้ดี (See glossary)

population - all the people in a country, region or area
Bahasa - Bahasa Indonesia, the national language of Indonesia with the fourth largest population in the world, a form of the Malay language that has been spoken for hundreds of years (See Wikipedia)
privilege - a special benefit or right  that is only given to a limited group of people ให้สิทธิพิเศษ
exercise - use your power or rights การใช้สิทธิ
exercise privilege - use a special right (that has only been given to a limited group)
facilitated - assisted; helped
certification - an official process that provides proof that certain standards have been met after tests and inspection, an official document (certificate) to prove that these standards have been met การรับรองคุณภาพ
apply - make a formal request to receive something (like a special privilege)
procedure - a way of doing something, a series of steps ขั้นตอนการดำเนินการ
tariffs - taxes on imports (to make foreign goods less competitive in a country) พิกัดอัตราภาษีศุลกากร
rapid - happening quickly อย่างรวดเร็ว
potential - the possibility of success ที่มีศักยภาพ ที่เป็นไปได้
high business potential - has very good chance of becoming a good business that makes money

devalue - reduce the value of the country's currency
global - ทั้งโลก all over the world, including the whole world
immediately - happening right after something else with no delay; right away ทันที
attractive - pleasant to look at น่าสนใจ
annual - happening once a year ประจำปี
domestic - relating to a person's own country ภายในประเทศ
revenue - income from taxes or business activities รายได้
occupancy - when a business or individual uses real estate (for a fixed period of time)
occupancy rate - the percentage of a a building being rented
joint - done together; belonging to or shared between two or more people ที่ร่วมกัน, ความร่วมมือกัน
joint venture - when two companies together own and run a business
benefits - goods things that can happen from anm activity ผลประโยชน์
research - a detailed study of something to discover new facts, usually in a university or research institute การวิจัย
results - what is produced in the end by an activity or task
research results - what research found in the end
distribution - the process of giving out information to many different places การแจกจ่าย, การกระจาย
distribution - giving or delivering things to many people การจำหน่ายออกไป