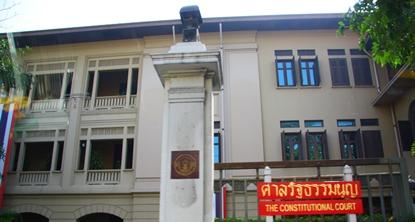 The latest video clips allegedly revealing secret discussions between Constitution Court judges have once again put the court in an uncomfortable situation. As Judge Jarun Pukditanakul said yesterday, let's not jump to conclusions. Let's follow the story day by day until the facts are known. 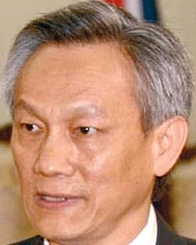 A Constitution Court judge and former secretary-general of the court are denying involvement in an alleged bid to skew the recruitment process for court officials in favour of those with ties to judges.

The latest allegations involving staff at the court surfaced after a video was released on YouTube on Friday allegedly featuring a discussion between Pasit Sakdanarong, former secretary to Constitution Court president Chat Cholaworn, and two men identified in the video as judges.

The three are allegedly shown discussing ways to avoid the fallout once the alleged recruitment scam is made public.

Judge Jarun Pukditanakul and the former secretary-general and now a National Human Rights commissioner, Paiboon Varahapaitoon, do not appear in the footage but their names are mentioned.

The three men in the video discuss ways to head off plans by the Puea Thai Party to release a series of videos that would implicate them in a scam to influence the recruitment of court officials.

He said exam papers had been leaked to the children of Constitution Court judges, giving them an edge over the thousands of other applicants seeking jobs at the court.

At one point, one of the three men specifically mentions the exam fraud.

He said 15 people were recruited who had direct links to judges. Mr Paiboon is mentioned in the video as someone who oversaw the examinations to recruit court staff.

One of the three men in the video also refers to a ‘‘Mr Jarun’’ as someone who pushed three applicants, including his son, for recruitment, with the help of a ‘‘Mr Paiboon’’. Examination papers were forwarded to some applicants in advance, the men on the clip are heard as saying.

Mr Paiboon said yesterday he had yet to see the video but denied he had helped facilitate the recruitment of three applicants close to a judge.

The three men in the video are heard to say that if the footage related to the alleged recruitment scam was made public, they would place the blame on Mr Paiboon.

Mr Jarun yesterday said he had watched the video but also denied any involvement in a recruitment scam.

Mr Jarun urged the media and the public to carefully scrutinise the video to determine the truth rather than jump to conclusions.

He said Mr Paiboon would explain everything.

He also questioned why he would have wanted to push his son for a spot with the court when he had graduated as a medical doctor.

Democrat spokesman Buranat Samuttharak said yesterday the footage was part of a plot to discredit the court.

The new video footage released on Friday was questionable in that nobody was clearly visible and only the audio of the recorded conversation was heard, he said.

However, the faces of two people are clearly visible at the beginning of the video. There are also subtitles indicating who is who and what is being said.

It appears the two people cited as judges were not aware the conversation was being recorded.

scrutiny – careful and thorough examination การตรวจสอบอย่างละเอียด
reveal – to let something become known เปิดเผย
jump to conclusions – to quickly decide about something without carefully considering the facts ด่วนตัดสินใจ, รีบตัดสินใจเร็วเกินไป
deny – to say that you did not do something that someone has accused you of doing ปฏิเสธ
nepotism – the practice of using your power and influence to give jobs to people in your family instead of to people who deserve to have them คติเห็นแก่ญาติ  การเล่นพรรคเล่นพวก
role – the position or purpose that someone or something has in a situation, organisation, society or relationship บทบาท
leak – to tell private or secret information to journalists or to the public ทำให้รู้ความลับ
applicant – someone who applies for something, such as a job or a loan of money ผู้สมัคร,ผู้แจ้งความจำนง,ผู้ขอ
involvement – the act or process of taking part in something การเกี่ยวข้อง
alleged – claimed to be true although not yet proven ที่ถูกกล่าวหา
bid – an attempt to do something ความพยายาม
skew – to have a strong effect on someone’s opinion, ideas, or judgment ทำให้เอน,ทำให้บิดเบือน
recruitment – the process of finding people to work for a company or become a new member of an organisation การสรรหาใหม่
ties – relations; connections ความสัมพันธ์
allegation – a statement that someone has done something wrong or illegal even though this has not been proved ข้อกล่าวหา
surface – to become known เป็นที่รู้, ปรากฏ, เปิดเผย
release – to allow something to be shown or known to the public or to be available for use เปิดเผย, ปล่อยข่าว
identify – to specify (who someone is)  ระบุ
fallout –  the unpleasant effects of something that has happened  ผลร้ายที่ตามมา
scam – a dishonest plan, especially for getting money  กลโกง, แผนร้าย
to make public – to make information about something generally available เปิดเผย, เผยแพร่
footage – film or video of a particular subject or event ฟิลม์หรือคลิปภาพยนตร์ หรือวิดีโอ
mention – to say something during a conversation, but not discuss it much or give many details; to refer to something in a written document without giving many details พูดถึง, กล่าวถึง,  อ้างถึง, เอ่ยถึง
head off –  to prevent something from taking place  กัน, กีดขวาง, คลาดแคล้ว
implicate – to show or suggest that someone is involved in wrongdoing โยงใยถึง
influence – to affect or change how someone or something develops, behaves or thinks มีอิทธิพลต่อ, ชักจูง อำนาจบังคับ
clarify – to explain something more clearly so that it is easier to understand  แจกแจง   ชี้แจง ทำให้ชัดแจ้ง
fraud – the crime of international deceiving someone or cheating in order to gain an advantage or benefit การฉ้อโกง การหลอกลวง เล่ห์เพทุบาย
links – connections ความเชื่อมโยงกัน
oversee (past form: oversaw)– to watch or organise a job or an activity to make certain that it is being done correctly คุมงาน,ควบคุม
in advance – before a time or event in the future ล่วงหน้า
facilitate – to make it possible or easier for something to happen ทำให้สะดวกขึ้น
media – newspapers, television, radio, etc. สื่อ
urge – to advise someone very strongly about what action or attitude they should take ผลักดัน, กระตุ้น
scrutinise – to carefully examine ตรวจสอบอย่างละเอียด
determine – to find out or decide something  ตัดสินใจ  ชี้ขาด
spot – a job in a company or organisation ตำแหน่งการงาน
discredit – to cause people to stop respecting someone or believing in an idea or person ทำให้สูญเสียความเชื่อถือ,ทำให้เสื่อมเสียชื่อเสียง
questionable – involving doubts about whether something has been done properly ที่น่าสงสัย
visible – able to be seen ที่มองเห็นได้
audio – sound เสียง
subtitle – a translation or written description of what people are saying in a film or video, that appears at the bottom of the screen คำบรรยายที่เขียนไว้ข้างล่างในภาพยนตร์
indicate – to express or explain something ชี้ชัด, ระบุชัด, ชี้บอก
appear – to go somewhere officially because you are involved in something, such as a trial or inquiry ปรากฏตัวอย่างเป็นทางการ
cited – mentioned ถูกอ้าง, ถูกกล่าวอ้าง
aware – knowing that something exists, or having knowledge or experience of a particular thing ทราบ