Setting aside differences and conflicts, free labour markets across ASEAN may be the best path to prosperity and antidote for poverty in the region.

ASEAN will pilot a free labour market for professionals in 2015.

If it works out then the program will be expanded to other parts of the labour market including both white collar and blue collar manual labour (Read previous article).

It is worth keeping in mind that "highly skilled human resources" includes many manual labour occupations requiring special training and experience such as automotive technicians, machinists, welders and carpenters.

Furthermore, even though individual ASEAN countries such as Thailand or the Philippines already have skilled workers of a certain type, opening up the labour market to competition across ASEAN will likely lead to an upgrade in skills and expertise across all of ASEAN.

A knowledge of how labour markets operate in different ASEAN states will become increasingly important. For example, one way in which many large companies in the Philippines adjusted to high unemployment during the recent global economic slowdown was by offering temporary labour contracts. This spread the limited available work around more evenly until the economy reached better times. When the economy got better people were more likely to land a good job in their job search. 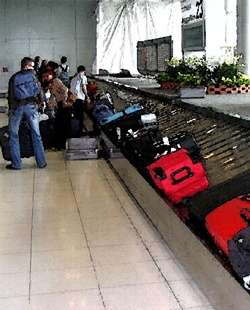 Importing foreign skilled workers should be seen as an opportunity for exchanging knowledge to raise Thailand's competitiveness rather than a threat, says Labour Minister Chalermchai Sri-on.

The country would definitely experience problems if there is no prudent planning and preparation for the Asean Economic Community (AEC) in 2015, when freedom of movement for workers will become much easier, he said.

What we need is to assess demand for labour in each industry," he said. "I think there are both benefits since we will be able to choose the kind of labour that we want, and drawbacks, because on the other hand it will be kind of a competition.

Kampon Adireksombat, a senior economist at Siam Commercial Bank's Economic Intelligence Center, said many sectors lacked skilled labour, such as the IT sector in which Indians have a specialty, and also automotive technicians. "Thailand now focuses only on bringing in unskilled labour without focusing much on skilled labour. The AEC will provide us an opportunity to bring in highly skilled human resources to share knowledge, but we also need to adapt," said Dr Kampon, who also proposed that sectors that need skilled labour should be provided with lower taxes.

Alex Gordy, editorial manager of the Oxford Business Group, said that while increased competition from low-skilled labour markets such as Vietnam, Cambodia and Laos may benefit from opportunities in the Thai market, this will also allow for Thais to move further up the value chain with productivity gains that would justify wage increases

He said that in general, economic analyses tend to prove that the benefits of a common regional labour market far outweigh the disadvantages.

The goal of 2015 presents a strong incentive for governments to upgrade their human resources. ... Another element the Thai government may wish to consider is to allow for employment by the hour rather than by the day. This would allow for more part-time employment and help bring more Thais into productive employment," he added.

(Source: LABOUR, Foreign skills seen as opportunity, not threat, 29/11/2010, Nanchanok Wongsamuth, link)
differences - issues that two people or two groups do not agree about
set aside differences - forgetting about the things that you disagree and fight over (in order to work together...and prosper together) conflict - a fight การต่อสู้ prosperity - wealth, success, riches, boom times ความเจริญ,ความรุ่งเรือง,ความสำเร็จ,ความมั่งคั่ง,ความเฟื่องฟู antidote - cure, remedy poverty - being poor, having no money

pilot - a small test of a new idea or product or idea before introducing it everywhere
work out - to be successful  (all problems solved)
profession - a job needing special skills and training, often with higher social status (examples: lawyer, doctor, accountant, etc) ผู้เชี่ยวชาญในวิชาชีพ
professional - a person who is a member of a profession
white-collar - people who work in offices คนทำงานสำนักงาน
blue-collar - people who manual work in factories or at outside at places like construction sites or oil refineries คนทำงานที่ใช้แรง
manual - done with the hands
manual labour - working with your hands and your body (examples: lifting and carrying heavy things, assembling machines in a factory) ซึ่งใช้มือทำ, ซึ่งใช้แรงกาย, ซึ่งใช้แรงงาน
keep in mind - remember

human resources - workers and their skills
occupation - job, a skilled area of work (training and experience usually necessary to acquire and improve skills) อาชีพ
technician - a worker with technical training whose work involves special equipment or machines ช่าง, นายช่าง
machinist - "a person who uses machine tools to make or modify parts, primarily metal parts, a process known as machining. This is accomplished by using machine tools to cut away excess material much as a woodcarver cuts away excess wood to produce his work. In addition to metal, the parts may be made of many other kinds of materials, such as plastic or wood products. The goal of these cutting operations is to produce a part that conforms to a set of specifications, or tolerances, usually in the form of engineering drawings commonly known as blueprints." (See Wikipedia)
welding - the job of joining pieces of metal together using electricity (arc welding) or gas (See Wikipedia)
welder - a skilled worker who does welding
upgrade - improve; make new, modern, and up-to-date ยกระดับ, ยกฐานะ, ยกสถานภาพ
expertise - special knowledge and skills in some area ทักษะความรู้
land a job - get a job, find a job, get hired

skills - a type of work or task requiring special training and knowledge ทักษะ ความสามารถเฉพาะทาง
opportunity - a situation when it is possible to do something that you want to do (See glossary)
threat - a danger อันตราย
competitiveness - how well a business can do compared to other firms (does it have lower price or higher quality?) การแข่งขัน
prudent - being careful and making good and sensible judgments รอบคอบ ถี่ถ้วน (See glossary)

Asean Economic Community (AEC) - a plan for the econmic integration of ASEAN states by 2015 with a gradual elimination of barriers to trade and investment in the region (See introduction and description [scroll down])
freedom of movement for workers - same as "free movement of workers"
free movement of workers - when workers are free to move between regions and countries to work, no laws or regulations restrict them (See Wikipedia and website)

assess - to carefully consider a situation, person, or problem in order to make a judgment ประเมิณสถานการณ์
demand - the need and desire to buy goods and services by households and businesses
benefits - goods things that can happen from anm activity ผลประโยชน์
drawbacks - things or features that make less acceptable, disadvantages

kind of - has two meanings (see below)
the kind of labour that we want - type of, variety of แบบชนิด
will be kind of a competition - similar to คล้ายกัน, เหมือนกัน

on the other hand - looking at the other side of the issue
intelligence - the activity of collecting information about the secret plans of other governments or companies ข่าวกรอง, ข่าวที่ได้ตรวจสอบหลักฐานแล้วว่าเป็นข่าวที่เชื่อถือได้ (See Wikipedia)
sector - a part of the economy ภาคเศรษฐกิจของประเทศ (public sector = government, private sector = all businesses, household sector = families and consumers, banking sector,...) (See Wikipedia)
provide - to give someone something that they want or need
resources - things such as money, workers and equipment that can be used to help achieve something ทรัพยากร
human resources - employees of a company (or all the companies in the economy)
share - to use things at the same time as other people (to allow others to use what you have and they let you use what they have) ใช้ร่วมกัน
adapt - change to meet a new situation, change something to suit different conditions or uses ทำให้เหมาะ, ทำให้เข้ากับ, ปรับ
proposed - suggested (but not yet chosen or decided upon)

value chain - all the activities that add value to a product or service (some of these activities are supplied by the organisation and some of them come from suppliers or are outsourced) (See Wikipedia)
move up the value chain - move onto productive activities that add more value and thus make more of a profit
productivity - producing more for the same amount of resources (labour, capital, machines)
justify - to show that there is good reason for something แสดงเหตุผลที่ดีพอ
wage - an amount of money that you earn for working, usually according to how many hours or days you work each week or month ค่าจ้าง
creation - the act of making something new การสร้าง
flexibility - can change easily and adapt to new situations and conditions as they occur ความยืดหยุ่น
national - a citizen of a particular country ประชาชน
specialisation - having limited but detailed knowledge in a certain area, doing a small number of tasks or a special job very well, a narrow range of work using special skills
tend - to be likely to behave in a particular way or have a particular characteristic มักจะ
common - done or shared by two or more people ที่ร่วมกัน
X outweighs Y - X is more important than Y
disadvantage - something that makes someone or something less effective, successful, or attractive  ข้อเสีย
incentive - a reward to encourage people to act in certain ways สิ่งกระตุ้น
employment - having a paid job
productive - doing a lot with little resources (accomplishing much in a little time)