Subsidies remain, but freeing imports to meet shortage would avoid rewarding those "benefiting from the crisis." 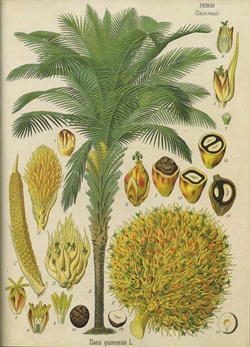 The government is planning to offer a 200 million baht subsidy to help keep retail palm oil prices at 47 baht a litre while easing local supply shortages.

The funds will be used in the form of a five-baht per kilo subsidy to refiners receiving import quotas for 30,000 tonnes of crude palm olien. The import is the second approved in less than a month

Complaints by local stores of shortages of cooking oil in recent months forced authorities to launch an investigation into whether oil refiners were hoarding the product illegally.

Mr Suthep said the measure was unnecessary as exports were negligible because of higher local prices.

Importing bottled palm oil would be a better solution. Malaysian oil costs 50 to 54 baht a litre bottle, which with transportation costs, could sell at 60 baht a bottle in Thai stores.

"If we could put oil on the shelves quickly, even at a higher price, I think manufacturers would quickly release their stocks," Mr Nipon said. "We wouldn't be giving money to people who are already benefiting from the crisis.

subsidy - helping to pay the costs of something, an amount of money that a government or organisation pays to help to reduce the cost of a produce or service เงินชดเชยที่รัฐเป็นผู้จ่ายให้

keep a lid on - control, limit, make sure something does not increase too much
retail - to sell directly to the public for their own use ขายปลีก
local - in this country (here: Thailand)
shortages - when there are not enough goods for people to buy การขาดแคลน
funds - money needed or available to spend on something เงินทุน
import - to buy or bring in products from another country นำเข้า
quotas - limits, the greatest amounts possible
purchase - buy
expected - believe will happen คาดว่า (จะเกิดขึ้น)

refine (verb) - to take raw materials in their natural state (oil, sugar, etc) and prepare it for use and sale in stores
refiners (noun) - companies that refine raw materials
refined (adjective)

crude - not refined yet, still in natural state
crude palm oil - palm oil that has not been refined yet

divert - to use something for a different purpose เบี่ยงเบน
divert - make travel in a different direction, along a different route เปลี่ยนเส้นทาง As
biodiesel - fuel for diesel engines made of renewable organic raw materials such as palm oil, cassava, or sugar as opposed to oil and natural gas (See Wikipedia)

complaint - when people tell others that they are not happy or satisified with some service or good they received  ข้อที่ไม่พอใจ
authorities - government officials, the police or people in official organisations who have the legal power to make people obey laws or rules เจ้าหน้าที่ (ตำรวจ หรือผู้มีอำนาจ)
launch - to start something เปิดโครงการ, เริ่มต้น, เริ่มทำ

investigation - try to find out what happened during an event, discover the truth, the process of trying to find out all the details or facts about something in order to discover who or what caused it or how it happened  การสอบสวน, การตรวจสอบหาข้อเท็จจริง

release - to allow something to be available for use เปิดเผย, ปล่อยข่าว
stocks - large amounts stored for future use
crisis - an urgent, difficult or dangerous situation วิกฤต