More+
Leaving the US a little worse off
Learning
Advanced news

Leaving the US a little worse off

As I leave the US for my return to Bangkok, I take a quick look at how the US Congress acted to temporarily fix the debt crisis and how I helped to make it worse. 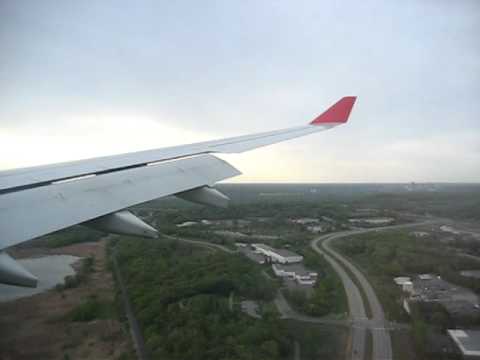 I'm starting the long trip from Minnesota to Bangkok on Wednesday after having done my part to make the US debt crisis a little bit worse.

For a quick and easy explanation of the US debt crisis and debt ceiling, click here: http://bit.ly/rbQNe6

Leaving the US a little worse off

This (Tuesday Minnesota time) is my last full day in the US and while I have been here I helped make the US debt crisis a little bit worse.

But first some good news – sort of. We have just learned that US Senate has passed a plan to raise the nation's debt ceiling, thus ensuring the US government will be able to pay its enormous bills and averting a major economic crisis.

The House of Representatives passed the same plan yesterday, meaning that President Obama will today sign it into law.

People here are relieved, but they are not happy since just about everyone believes the plan is a bad one. Republicans believe the government spending cuts required are far too small to solve the country's debt problem and Democrats believe the cuts take money away from people who need it the most – the poor, the unemployed and possibly, the elderly.

Economists are not happy that the spending cuts come at a time when the economy is weak. Some of the cuts, such as stopping payments to people who are unemployed, actually could take money out of the economy since the unemployed generally spend all the money they receive, helping to stimulate business.

The plan also requires the Congress to find ways of making further cuts, so the angry debate between the Democrats and Republicans is certain to continue.

During my stay here I actually made the country's debt problem a bit worse. Since I am 66 years old, I am eligible to receive money from the government through our social security programme. I applied and within a few days I was accepted and a week later I received my first check. The government was actually very generous since it paid me for each month since my birthday in February.

Most economists say the US government is too generous with its social security programme for senior citizens and the health care it provides them.

Writing in the Washington Post, economic commentator Robert Samuelson pointed out that on average, the US government supports each American 65 and over by over $26,000 a year (about $14,000 through Social Security, $12,000 through health programmes).

That’s good for me, of course, and thus far few in government are brave enough to try to reform the system.
As the debt problem worsens, however, that will likely change.

worse off – more serious or severe than before เลวร้ายยิ่งกว่าก่อน
debt – an amount of money that you owe หนี้
crisis – an urgent, difficult or dangerous situation  วิกฤตการณ์
sort of – to some extent but not completely ทำนองนั้น
Senate – one of the two groups of politicians who make laws in some countries, for example in the US, Australia, Canada and Thailand วุฒิสภา
ceiling – an upper limit เพดาน ขีดจำกัด
ensure – to make certain that something happens or is done  ให้การยืนยัน, รับรอง, ให้ความมั่นใจ
enormous – extremely large มหาศาล
avert – to prevent something bad or harmful from happening ป้องกันไม่ให้เกิด
House of Representatives – the largest part of Congress in the US, or of the Parliament in Australia and Thailand สภาผู้แทนราษฎร
relieved – happy that something unpleasant has not happened or has ended โล่งใจ, เบาใจ, หมดกังวล, ผ่อนคลาย
unemployed – not having a job ซึ่งว่างงาน
elderly – (of people) old สูงวัย, อาวุโส, อายุมาก
stimulate – to make something develop or become more active; to encourage something  กระตุ้น, ส่งเสริม
debate – a discussion in which people or groups state different opinions about a subject การอภิปราย, การโต้วาที, การถกเถียง
eligible – allowed by rules or laws to do something or to receive something มีสิทธิ
apply – to make a formal request for permission to do or have something ขอ
generous – giving people more of your time or money than is usual or expected  มีน้ำใจ,  เอื้อเฟื้อ
economist – a person who studies or writes about economics นักเศรษฐศาสตร์
senior citizen – someone who is more than 60 years old ผู้สูงอายุ, ผู้อาวุโส
commentator – someone whose job is to write about a particular subject or discuss it on television or radio ผู้วิจารณ์,ผู้ออกความเห็น, ผู้บรรยายข่าว
on average – calculated by adding several amounts together, finding a total, and dividing the total by the number of amounts โดยเฉลี่ย
reform – to make a change that is intended to correct a situation that is wrong or unfair แก้ไข ปฏิรูป