89,000 of 800,000 babies born each year are at risk of physical and mental underdevelopment because their mothers drink alcohol while pregnant. 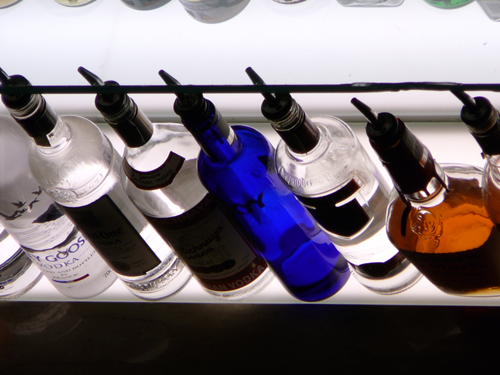 Janjira Ngernnak, 39, wishes she could turn back time and had not consumed alcohol during her pregnancy.

It has been more than three years since her son "Owen" was born. But the baby has not learned to speak, and does not listen to her.

Doctors have diagnosed her son with autistic and hyperactive symptoms.

Her son now needs special care and love by his parents, and has to be closely watched by mental health experts since his physical and mental growth was badly affected by Ms Janjira's drinking and smoking habits.

The health problems affecting her son have made her realise that she must stay strong not only for herself but also for Owen's sake. Ms Janjira has now quit drinking, she told a seminar in Bangkok on the dangers of drinking during pregnancy.

"I knew I was four months pregnant. But I didn't stop drinking during that time. My family problems distracted me from the alcohol's effect on the baby until it was too late," she said.

I don't want other mothers to feel sorry for the rest of their lives like me.

Ms Janjira is now helping in a campaign to persuade women to stop drinking during pregnancy.

A survey of 772 pregnant women in nine provinces across the country by the Centre for Alcohol Studies (CAS) showed 12.6% of them drank during pregnancy.

Orratai Waleewong, a CAS researcher, warned that drinking during pregnancy could be harmful to an unborn baby. Alcohol could lead to Foetal Alcohol Spectrum Disorder (FASD) affecting physical, mental and brain development. Miscarriages or disabilities could be experienced in severe cases.

Infants affected by FASD could be born underweight and have underdeveloped brains, short noses, flat midfaces and thin upper lips.

About 800,000 Thai babies are born a year. One study showed an estimated 89,000 Thai babies were at risk of developing FASD due to their mothers drinking during pregnancy.

warn - tell people about a possible problem or danger so they know about it beforehand
warned off - give someone a warning about bad things that could happen if they continue some activity, in order to get them to stop (other phrasal verbs with "off": taken off, weaned off, coaxed off)

Foetal Alcohol Spectrum Disorder (FASD) - the full range of possible birth defects and disabilities that a child can suffer, if their mother drinks alcohol during pregnancy (See Wikipedia)

hyperactivity (noun) - the condition when a person is always moving about and doing things, never relaxing and staying quiet (See Wikipedia)
hyperactive (adjective)

habits - something that a person does repeatedly (often, regularly, over and over again), there are "good habits" like combing your hair and being on-time for appointments and "bad habits" like nose picking, farting, heavy drinking or smoking

realise - to know about ตระหนัก รู้
for Owen's sake - do it for Owen, do it to help Owen

campaign - a series of actions intended to produce political or social change การรณรงค์, การกระทำการหรือวางแผนเพื่อให้บรรลุตามเป้าหมาย
persuade - encourage people to do something by giving them reasons to do it โน้มน้าวใจ เกลี้ยกล่อม

survey - gathering information about what people think about different subjects (public opionion) by asking large numbers of people questions and counting their answers, and then using statistics, graphs, and tables to present results (See Wikipedia) การสำรวจความเห็น

disability - some physical or mental condition that restricts the way that people can live their life, from an injury or disease (example: The disability she suffered from confined her to her wheelchair) (See Wikipedia)