Pattaya gets a facelift 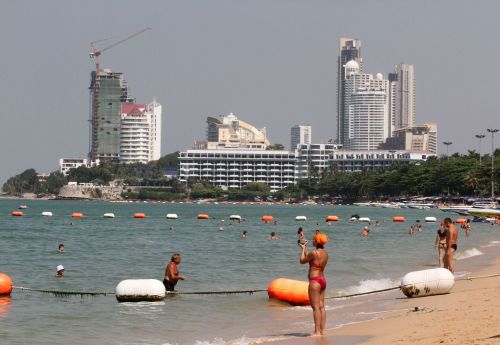 Pattaya has set an ambitious goal to turn the resort town into a world class "greenovative tourism city."

Pattaya will be changed to a sustainable tourism destination.

The mission is based on a 10-year tourism master plan drafted by the Designated Areas for Sustainable Tourism Administration (Dasta).

According to Mayor Ittipol Khunplume, Pattaya will require an estimated budget of 15 billion baht for 132 projects to be implemented in the city and related districts from 2012-22.

The projects include improving public transportation services such as a offering shuttle bus service in town, building a road linking with the motorway, extending the rail link service from Suvarnabhumi Airport to Pattaya and building new ports in Pattaya and Koh Lan.

In addition, there will be plans to improve public utilities such as the water supply, waste water and waste management, a water drainage system to protect the city from floods, water recycling system and renewable energy.

The city also plans to invest in beach recovery projects, promote new tourism routes such as community tourism in Na Kluea and green tourism at Koh Lan and Koh Phai.

Last are projects to promote sustainable tourism such as educating locals about organic farming, allocating areas for biking, improving the environment in Koh Lan and other tourism destinations in Pattaya and nearby areas.

The master plan would change the image of Pattaya from a rather sleazy nightlife paradise to a green and sustainable destination, said the mayor.

facelift for Pattaya - same as "change the image of Pattaya"

facelift - 1. do something to make a place look better and more attractive; 2. surgery that tightens the skin on the face to make a person more beautiful (See Wikipedia)

sleazy - looks dirty (involving sex), not respectable, badly cared for
nightlife - all the entertainment and social activities (such as bars, theatres and nightclubs) available at night in cities and towns (See Wikipedia)
paradise - 1. a place that is very attractive to a certain kind of individual and has everything they need; 2. a beautiful place; 3. a wonderful place that people believe they go after they die
sleazy nightlife paradise - a place that is the best place to be for some, that has a lot of alcohol to drink and sex for sale, mostly at night

community - local people, all the people who live in a local area or place ชุมชน
Community-Based Tourism (CBT) - tourism in local areas, managed by the local people themselves, for the benefit of the local people rather than large corporations located far away (See manuals and Wikipedia and read previous article)

sustainable - able to be successfully continued for a long time into the future,  can continue to exist over long periods of time ที่ยั่งยืน, ถาวร  แบบยั่งยืน ที่ดำเนินต่อไป
destination - the place that someone (such as a tourist) is going จุดหมายปลายทาง ปลายทาง

sustainable tourism - tourism activities that can continue for long periods of time into the future (if a tourism activity destroys the forest or coral reef that the tourists are going to see, this is not "sustainable" or unsustainable) (See Wikipedia and Mekong.org )

implemented - when a plan is put into action, actually doing the things in a plan

recovery - make strong and useable again after suffering a problem ฟื้นฟู
beach recovery projects - projects to stop erosion or pollution on beaches, and fix them so that people can use and enjoy them again

tourism routes - popular places that tourists travel, located along a "route" (tourists typically go from Bangkok to Chiang Mai and then to Pai, for example, and then maybe other places like Chiang Rai or Mae Salong)

locals - people who live in a particular place ชาวบ้าน
environment - the natural world of land, sea, plants, and animals
double - to become twice as big, twice as much or twice as many เพิ่มเป็นสองเท่า
decade - a period of ten years ทศวรรษ, ระยะเวลา 10 ปี
revenue - income from taxes or business activities รายได้
expected - believe will happen คาดว่า (จะเกิดขึ้น)

mayor - the chief, head, leader of a town