Gambling crackdowns, short-lived, fizzle out when the public gets bored. Police bribes soon resume and the lucrative underground industry continues. 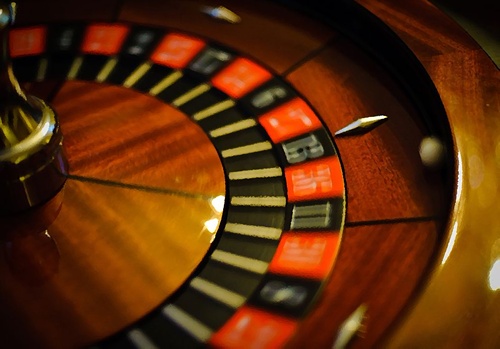 In Legalised gambling in Thailand? The pros and the cons (2008) Chulalongkorn University professor Pasuk Phongpaichit explores both sides of this longstanding issue.

ILLEGAL CASINOS, Academic makes case for legalised gambling, SPECIAL REPORT: Study suggests wiping out the industry is impossible, so it is better to regulate and control it by King-oua Laohong

Gambling should be legalised and regulated because it is a lucrative industry and it is inevitable people will gamble, while police will take bribes to allow it, a respected academic said yesterday.

Some casinos might close temporarily when authorities publicly flex their muscles, but they always reopen later, his research found.

Mr Sungsidh said his research revealed there are more than 170 casinos in Bangkok. Ten are large and permanent, 60 are small and medium-sized, while more than 100 are mobile outfits. Between 180 and 200 billion baht changes hands in Bangkok dens annually. Casino owners make 38-40 billion baht in profit and pay 5-20% of their illegal gains, or 2-8 billion baht, as bribes.

Nationwide there could be hundreds of thousands of illegal gambling operations, with most of them being small dens.

Throughout Thailand, an estimated 640-820 billion baht changes hands in the industry each year with profits put at around 90 billion baht.

Mr Sungsidh has proposed the government solve gambling by convincing police not to receive bribes and legalising casinos, although they must be free of the vested interests of politicians and associates.

"Illegal casinos will continue to exist," he said. "Big casinos may be closed at the moment but secret gambling dens are still allowed to operate every day."

Whenever police take action, casinos will be closed for a while but everything will be the same afterwards.

According to a Bangkok police source, several casinos in Bangkok cater exclusively to rich gamblers.

Operators must bribe police and their bribes reflect the size of their casinos and their number of customers. Some gambling dens even operate with catering and waiters.

Casinos in inner areas in Phaya Thai and Ratchathewi districts are big and occupy whole buildings.

Well-known casinos that police have searched include that of Jeh Phlia Kingphet, while access to the Tao Pun casino in Bang Sue is difficult.

The source said there are 30-40 medium and large-scale casinos in Bangkok which cannot be suppressed.

This is not because they are unknown but because bribes reach officers at all levels and senior officers in respective areas share bribes with their subordinates, according to the source. A casino owner said bribes went to administrators, soldiers and police officers depending on which parties were influential in respective areas. Bribes for police reach commissioners and station chiefs in Bangkok and regional chiefs and station chiefs in other provinces.

The source said there was no genuine attempt to suppress these businesses.

"A big casino in the Thon Buri area belongs to a man in power who plans to attack [his competitors] with an anti-casino campaign," the source said.

Such campaigns are short-lived and fizzle out when political interest fades. The gambling dens then resume business as usual, the source said

(Source: Bangkok Post, ILLEGAL CASINOS, Academic makes case for legalised gambling, SPECIAL REPORT: Study suggests wiping out the industry is impossible, so it is better to regulate and control it, 31/08/2011, King-oua Laohong, link)

gambling - the activity of betting money, for example in a game or on a horse race การพนัน

lucrative - profitable, can get you a lot of money, earning a lot of money ที่มีกำไรงาม
profit - money that you make from selling goods and services after all your costs have been paid กำไร

share - let other people have some of what you have; to have or use something at the same time as someone else ใช้ร่วมกัน
senior officers in respective areas share bribes with their subordinates

campaigns - 1. a long series of events staged to achieve a goal or to promote something (for example, an "anti-smoking campaign"); 2. a planned group of especially political, business or military activities which are intended to achieve a particular aim การรณรงค์
anti-casino campaign - a group of activities that to shut casino campaigns (sometimes only for a short time for show)

flex muscle - 1. move your muscle (showing how big and strong it is), 2. do something to show others how strong you are
authorities publicly flex their muscles - the government and police do something to show that they are strong (and can control events)
authorities - government officials; the police or people in official organisations who have the legal power to make people obey laws or rules เจ้าหน้าที่ (ตำรวจ หรือผู้มีอำนาจ)

make case for - persuade and convince others that some possible action is good (using evidence, facts, anaylsis and argument and good evidence)
concluded - after looking closely at and evaluating some situation, making some judgement or statement about the situation

regulate - to control an activity officially by using rules ควบคุม
inevitable - will happen in the future, for sure; unavoidable; certain to happen ที่เลี่ยงไม่ได้ ซึ่งหลีกเลี่ยงไม่ได้

respected - admired by many people for your qualities or achievements ที่เคารพ
academic - someone who teaches at a college, or who studies as part of their job นักวิชาการ

proposed - suggested to, presented as a possible project (but not yet chosen or decided upon)

interests - connections that you may benefit from, therefore affects your attitude to it and the way you deal with it
vested interests - people who gain or lose depending on how events turn out business interests

moment - a very short period of time; a particular time or occasionชั่วขณะ, โอกาสสำคัญ

source - someone who gives information (to newpapers and other media, for example) แหล่งข่าว

vendors - people who sell things from a small stall, cart, or store  พ่อค้า พ่อค้าแม่่ค้าหาบแร่แผงลอย
retired - no longer working because you have reached the age where you are officially too old to work เกษียณอายุ
digit - any one of the ten numbers 0 to 9 ตัวเลข (0 ถึง 9)

occupy - to fill, exist in, or use a place or period of time; to work or live on a piece of land ครอง, อาศัยอยู่ใน, ครอบครอง
occupy whole buildings - fills a whole building

access - the possibility of entering a place ทางเข้า
difficult access - difficult to enter; difficult to get into the place

genuine - real; honest; sincere
no genuine attempt - did not really, honestly, sincerely try to do something (was actually a show)