Map above shows suicide rates per 100,000 inhabitants in 2004, key below (Source: Wikipedia). The photo further down the page the famous painting At Eternity's Gate by painter Vincent Van Gogh.

As Thailand is fast becoming an ageing society, it would be a grave mistake to ignore the suicide statistics recently released by the Mental Health Department. In a departure from previous trends in Thailand, the risk of suicide is no longer highest among young people. It is now highest among the elderly.

Depression has always been among the major causes of suicide. For the elderly, the study shows that it is their utter hopelessness and loneliness - due to lack of support from relatives and access to welfare - that make them believe there is no longer a reason to live, particularly when they are suffering from illnesses.

Without policy intervention, the situation could become much graver. According to the Institute of Population and Social Research, approximately the same low birth and death rates will stabilise the country's population at about 65 million. In the next 20 years, however, people over 40 years old will comprise more than half of the population while those over 65 will be more than 15% of the populace.

This ageing trend is occurring as Thai society transforms into a more urban environment, with much weaker traditional support for the aged. The low national birth rate also means many of the elderly will have no one to take care of them in their golden years.

In families with children, the burden of care usually falls on the daughters. This gender dimension does not end there, however. Women's longer lifespan means they will be left on their own when their sicknesses set in.

And with the demographic statistics showing the number of single women steadily on the rise, Thailand's greying problems will be largely women's problems. So will the suicide risk, since there will be more women in this vulnerable elderly group.

Demographers have long urged the government to issue comprehensive policies to alleviate the problems that come with a greying society. The wealthy can buy care from private nursing homes, but the large majority of people will still need better state welfare to prevent them from plunging into hopelessness. 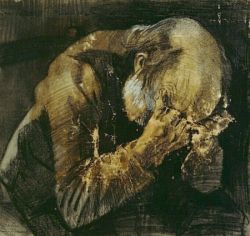 To ensure that the elderly get sufficient support, the government must set up a savings and pension system that they can live on.

Healthcare and outreach services for the elderly must be improved. So must housing security for the aged. Special attention must also be given to elderly women. It is not only because most of the senior citizens will be women. It is also because women have been shouldering the burden of care for other family members all their lives. These contributions to society, which they have given freely without the state having to shoulder any costs, must be reciprocated.

The quicker this welfare support system is put in place, the more the elderly will be saved from depression and hopelessness.

Proper welfare is the only way to give back to the people who have done their part in their lifetimes to advance society. It is also a sure way to prevent them from choosing to end their lives dismally.

World Suicide Prevention Day - "held on September 10th each year. The purpose of this day is to raise awareness around the globe that suicide can be prevented. Disseminating information, improving education and training, and decreasing stigmatization are important tasks in such an endeavour. The theme in 2011 is "'Preventing Suicide in Multicultural Societies'." (See Wikipedia)

depression - "a mental disorder characterized by an all-encompassing low mood accompanied by low self-esteem, and by loss of interest or pleasure in normally enjoyable activities" (See Wikipedia)

there is no longer a reason to live
reason - why you should do something or why an event happened เหตุ ; เหตุผล ; สาเหตุ

lack - does not have ขาดแคลน
lack of support from relatives - family does not help them (they are by themselves, have to pay all their own expenses but have no money)

burden - a responsibility, a difficult thing that must be done, a heavy load to carry ภาระ (See glossary)
burden of care - the difficult responsibility of taking care of weaker members of the family: the elderly, sick and babies

gender - sex, the fact of being either male or female เพศ the differences between men and women (including biological and social) (See Wikipedia)
gender dimension - the part of the problem that is related to whether people are men or women

savings and pension system - a saving system for retirement and old age, "arrangement to provide people with an income when they are no longer earning a regular income from employment" (See Wikipedia) เงินบำเหน็ด บำนาญ

statistics - facts about something, described by counting them สถิติ
suicide statistics - the number of people who committed suicide during a period of time ((background, age, reason, etc)

departure - leaving ออกจาก
a departure from previous trends - a change from what happened before, in the past

prompt - to cause someone to take action กระตุ้น ก่อให้เกิด
policy - a plan of action to guide decisions and achieve outcomes (See Wikipedia)
support - help, by giving money, for example สนับสนุน

population - all the people who live in one country, area or place กลุ่มที่อาศัยอยู่ในบริเวณหนึ่ง
demography - the study of populations of countries, cities and areas (See Wikipedia and also see Wikipedia on demographics of Thailand)
demographic statistics - lists of the numbers of people who live in different areas and their characteristics
demographers - experts in demography

comprise - to form something, to consist or be made up of two or more things ประกอบด้วย

urban environment - in a city or town ในเมือง
traditional - things (clothes, music, customs, etc.) that have been part of a country or society for a long time

left on their own - alone, all by themself

security - the need to provide safety from attack, harm or damage ความปลอดภัย
housing security - having a place to live in (homeless people do not have this "security)