Where is Steve Jobs?

More than a year after his death, Steve Jobs lives in parallel world not far-from his real-world Apple office, attended to by 20 servants and enjoying his new existence – that according to Phrathepyanmahamuni, the abbot of Wat Phra Dhammakaya. 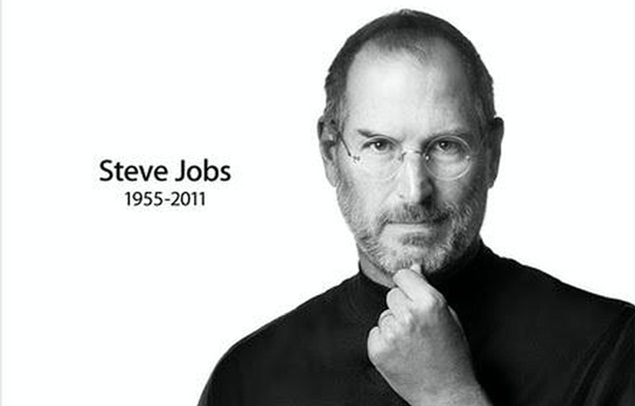 First published on August 21, 2012, this story still has some people wondering.

Where is Steve Jobs? 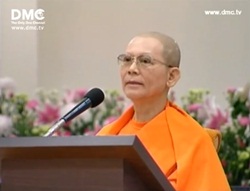 It has been ten months since the death of Apple co-founder Steve Jobs and Tony Tseung, a senior engineer at Apple's headquarters in Cupertino, California, was wondering where his deceased boss was and how he was faring.

So, according an article posted on the website of Wat Phra Dhammakaya in Pathum Thani province, he sent an email to temple abbot Phrathepyanmahamuni (Luang Por Dhammachayo) asking if he knew.

What he got was a lengthy and detailed response in the form of a sermon by Phrathepyanmahamuni that has been aired on the temple’s cable television channel and posted to its website where it is getting world-wide attention. (You can see it here with English subtitles: http://bit.ly/RaQI0i).

Steve Jobs, a Buddhist in his human life, says Phrathepyanmahamuni, is living in a parallel world not far from his real-world offices in California. His new existence is a reflection of his human existence in which he was a brilliant, although often irritable, businessman, whose good deeds included donations to charity and work as an educator of the young.

The abbot says Jobs has therefore been reincarnated into a being with a mix of traits, “a half Witthayathorn, half giant (เทพบุตรภุมมะเทวาระดับกลางสายวิทยาธรกึ่งยักษ์), which is a mid-level angel.

Death, said the abbot, was like sleep, and rebirth an awakening. Jobs awoke to find himself in a six-storey building made of white, silver metal and crystal glass. His body was similar to a 35-40 year old man. Miraculously, the pain of the cancer that killed him was completely gone. He quickly found out that as a result of his worldly virtue he had 20 servants. 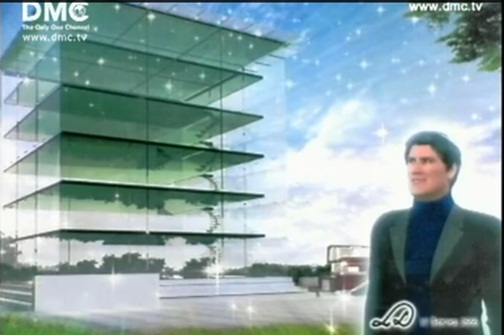 Steve Jobs stands next to his six-story after-life home as imagined by a Wat Phra Dhammakaya artist.

Not everything was perfect, however. He still had a hot temper and fangs would appear when he was angered. His skin was not white like other angels but had a darkish red colour. It was not soft either – more like Scotch-Brite than cotton, said the abbot, getting a laugh from his audience.

Interestingly, says Phrathepyanmahamuni, in the ten months of his new existence, no one has seen Job’s fangs because he has never been angry. Life is too good. If he thinks about his favourite food, it appears. It he thinks about his favourite music, it plays without the need for equipment. He lives in a friendly community, so he is not the isolated man he was as a human.

The abbot’s sermon has once again embroiled Wat Phra Dhammakaya in controversy. The temple has already been hit by criticism of its donation campaigns and claims of miracles. In response, the temple, through its website, says the sermon was intended to teach the law of karma to Dhammakaya followers, not meant to defame or insult anyone.

The website said the sermon has been disseminated on many websites and social media channels and the text may have been edited, paraphrased or distorted. As a result, it urged people to use care and read the “correct” original text on its website. It also said the “Where is Steve Jobs?” sermon was only an individual opinion and whether to believe it was up to the audience.

co-founder – a person who works with another to establish an institution, business or organisation ผู้ร่วมก่อตั้ง
headquarters – the place where an organisation or company has its main offices สำนักงานใหญ่
wonder – to think about something because you want to know more facts or details about it สงสัย
deceased – dead  ซึ่งตายแล้ว
fare – to be successful/unsuccessful in a particular situation เป็นไป, มีประสบการณ์
abbot – the head monk at a temple เจ้าอาวาส
detailed – giving many details and a lot of information; paying great attention to details ซึ่งมีรายละเอียดมาก
response – an answer การตอบ
sermon – a talk on a moral or religious subject, usually given by a religious leader during a service การเทศนา
air – broadcast; to send out a programme on television or radio กระจายเสียง,กระจายข่าว
parallel – of an event or situation that happens at the same time as and/or is similar to another one ขนานกัน
existence – the state of being a real or living thing การมีชีวิตอยู่
reflection – something that clearly shows something การสะท้อน
brilliant – very skilful, impressive, or successful ฉลาดหลักแหลม
irritable – getting annoyed easily; showing your anger ขี้โมโห, โมโหง่าย
deed – something that someone does การกระทำ
donation – money or goods that you give to an organisation, especially one that helps people เงินหรือสิ่งของบริจาค
charity – involving giving money or help to people who are poor or ill, or who need advice and support การกุศล
reincarnate – to be born again เกิดใหม่
being – a living creature สิ่งมีชีวิต
trait – a particular quality, in this case, physical quality คุณสมบัติ, ลักษณะพิเศษ
angel – a spirit who is believed to be a servant of God เทพธิดา
rebirth – being born again; reincarnation rebirth การเกิดใหม่
crystal – completely transparent (you can see through it) and very bright แจ่มชัด, แจ๋วแหวว
miraculous – extremely lucky and unexpected  อย่างมหัศจรรย์ อย่างไม่น่าเชื่อ
cancer – a serious disease in which growths of cells, also called cancers, form in the body and kill normal body  cells. The disease often causes death มะเร็ง
virtue – good, moral qualities or habits คุณงามความดี
servant – a person who works in another person's house, and cooks, cleans, etc. for them คนรับใช้
imagine – to form a picture of something or someone in your mind นึกคิด, จินตนาการ, นึกฝัน
temper – a tendency to get angry very quickly อารมณ์โกรธ, ความโกรธ
fang – either of two long sharp teeth at the front of the mouths of some animals, such as a snake or dog เขี้ยว, สิ่งที่เหมือนเขี้ยว
appear – to be seen ปรากฏ
audience – the group of people gathered in one place to watch or listen to a play, film, someone speaking, etc. ผู้ชม
favourite – something you like the best of all similar things ที่ชอบมากที่สุด, ที่โปรดปราน, ของโปรด
community – the people living in one particular area ชุมชน
isolated – alone with no one to support you โดดเดี่ยว
embroiled – involved in a difficult situation พัวพันอยู่ใน
controversy – a disagreement that a lot of people have strong feelings about ความขัดแย้ง
criticism – comments that show that you think something is wrong or bad การวิจารณ์
campaign – a series of actions intended to produce political or social change การรณรงค์
claim – saying that something is true although it has not been proved and other people may not believe it ข้ออ้าง ข้อกล่าวหา
karma – a belief in Hinduism and Buddhism that the way in which you behaved in past lives affects your present life, and the way in which you behave in this life will affect your future lives กรรม
defame – to say or write something bad about someone that is not true and makes other people have a bad opinion of them ทำลายชื่อเสียง
insult – to say or do something to someone that is rude or offensive พูดแดกดัน, พูดจาบจ้วง
disseminate – to spread or give out something, especially news, information, ideas, etc., to a lot of people  เผยแพร่
paraphrase – to express what somebody has said or written using different words, especially in order to make it easier to understand การถอดความ, การแปลความ
distort – to change something such as information so that it is not longer true or accurate  บิดเบือน
urge – to advise someone very strongly about what action or attitude they should take ผลักดัน, กระตุ้น
individual – relating to or involving a single, separate person or thing แต่ละบุคคล
opinion – your feelings or thoughts about somebody/something, rather than a fact ความเห็น, ความคิดเห็น, ทัศนคติ