Whether Ganesh is dancing, riding his rat or just eating sweets, learn his 32 styles & the best way to worship him for you. 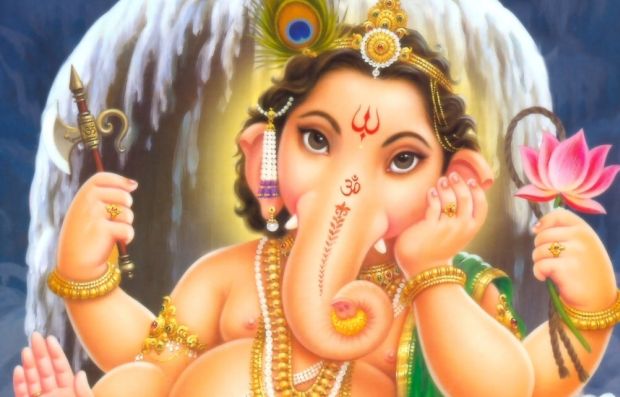 Ganesh with a child-like face.

Beginning to see the light 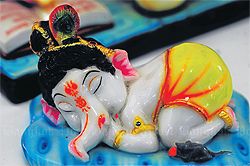 A brick shrine towers up among fragrances of incense and flower offerings. The fast rhythms of tabla playing and the multi-coloured decorations on buildings and indeed all around make me think that I am somewhere in India.

In the middle of nowhere, amidst the rice paddies and the fruit orchards of Doi Lo district, the god Ganesh is seriously worshipped.

The Ganesh Museum is a privately-owned venture founded 10 years ago by Pandara Theerakanond. It exhibits all things Ganesh and a worshipping ceremony is held every Sunday.

"It all started with a private collection. When I stayed in Chiang Mai city, my growing collection of Ganesh replicas interested people and I lost my privacy when they visited my house to view these statues. So I decided to build a shrine and a museum, a place to keep my collection," says Pandara. 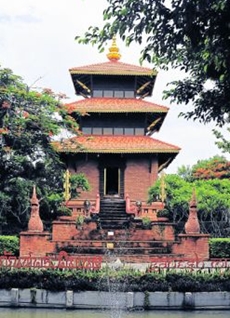 The Ganesh museum in Chiang Mai.

The elephant-headed Hindu god is renowned throughout India as the Lord of Beginnings, and both the placer and the remover of obstacles. Thus, he is worshipped before any new venture has begun.

The shrine is located in a soi, around 5km from the main road, and Pandara explains that it is the best location to get spiritual power from Doi Inthanon, which can be seen from the shrine.

"Doi Inthanon is the last tip of the Himalaya range, which connects to India," he says. When he was a kid, the first Ganesh he collected was a small replica as a gift from his father.

"When I watched Indian movies, I was so curious. All actors in the movie had very nice looks except the character of Ganesh." In this endeavour to learn more, he started collecting statues of the elephant god.

Thirty-six years later, he found that he had more than 2,000 statues of Ganesh.

His museum comprises two buildings, displaying Ganesh replicas in different styles, as well as regalia and decorative items from many Asian countries where the deity is worshipped.

Visitors are educated about the style of Ganesh statues, of which there are 32, ranging from one to five heads and two to 16 arms. Each style depicts a particular purpose. 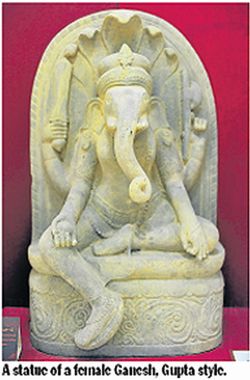 The most recognisable style is Nritya Ganapati, or dancing Ganesh. This style is worshipped by dancers, performers and those who work in the entertainment business.

Vara Ganapati - the giver of boons - is the style of fulfilled love. In this style, Ganesh has his lover sitting on his lap. Garment sellers or beauty-related business operators generally worship this style.

Moreover, there are numerous Ganesh replicas used as decorative items and toys such as puppets from Myanmar, masks from Nepal, or colourful toys from India.

At the shrine, there is also a counter offering motichoor ladoo, a ball-shape sweet made especially for offering to the deity. There is a belief Ganesh loves this sweet so much anybody offering him one will have their wishes granted.

"You may notice there is always a rat nearby Ganesh. The rat is Ganesh's vehicle and servant. When you make a wish, do not forget to whisper to the rat. He will help convey your wish to Ganesh," a museum employee advises.

The longer you stay in the museum, the more you will learn about the world of Ganesh and and the myriad ways of worshipping this deity.

- The Ganesh Museum opens daily from 9am to 5pm. Admission is free. Call 089-855-5852 or visit www.ganeshmuseum.com. The museum is situated in the Doi Lo district of Chiang Mai, in a soi off highway 108.

- Another Ganesh museum, Ganesha Park in Nakhon Nayok, has the biggest Ganesh statue in Thailand at 15m tall.