Quest for beauty in Thailand

The road to beauty is often twisted & dangerous, whether it be by surgery, repeated slaps, gold thread or giant eye contact lenses. 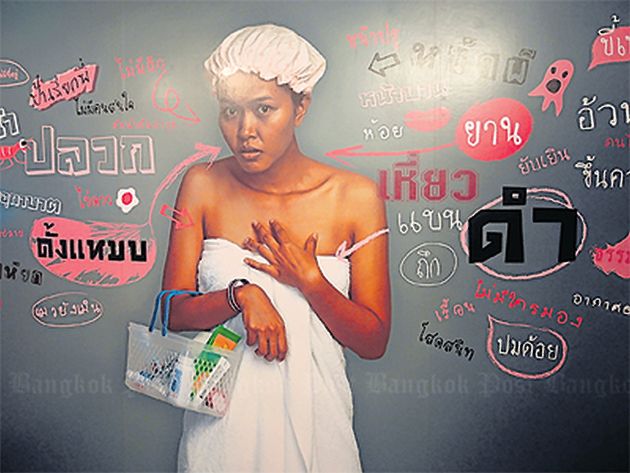 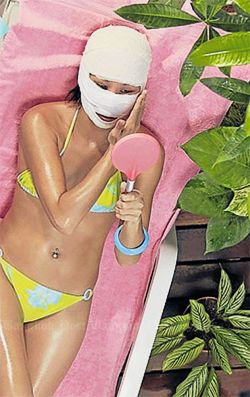 Here are four cases of the extra lengths people have gone in order to become the fairest of them all. Even people with a high shock threshold may raise their eyebrows over these.

What would a teenager do with his/her first wad of hard-earned money? Save it for university? Blow it on snacks and video games? Chiang Mai native Apirak Goti had a different idea. After earning enough from designing websites and fixing computers, he decided to fix his face when was only 15 with a nose job.

If you ask us, we could have spent the same amount on a cool motorbike and ridden around school yelling "Suck it!" before going off into the sunset to find better friends. Or at least, he could have waited until his body was fully developed before going under the knife.

Beauty is pain and for some Thai women and men, they don't mind being slapped around for it. Khemmikka "Goong" Na Songkhla has taken the art of slapping to a whole nother level. She's the owner of Ban Tob Nom (The House of Breast Slapping - what a cool name, btw) shop in Ram Intra Soi 65 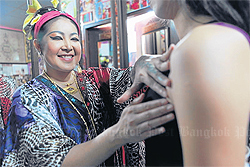 and claims she can enlarge breast size simply by repeated slapping and manipulating. She can also alter face shapes and other body parts through the same method. Goong has received coverage of both local and foreign media for her controversial mode of beautification.

An Eye for An Eye

Big eye contact lenses are used to make you appear to have bigger eyes, achieving that ab baew look so many girls aspire to have. However, sheer laziness, frequency, unsupervised use of these lenses and low quality lenses can cost wearers their actual eyes, according to various doctors.

Thapanawong Tanguraiwan, an eye doctor from Phra Nangklao Hospital told Manager in Feb 2011 that he had four patients who sought his help because of visible wounds on their corneas. They revealed to him that they have been 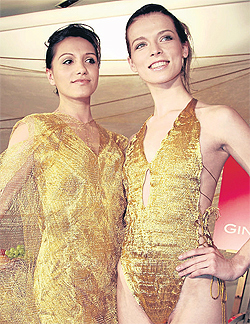 using big-eye contact lenses that aren't approved by Thai Food and Drug Administration. He said infection can destroy the eyes within one or two days, adding that those with serious infection must be admitted to the hospital. He also warned against wearing the lenses while sleeping.

While using dissolvable threads to encourage collagen creation is nothing new, the use of golden threads instead is very controversial.

In a Kom Chad Leuk report earlier this year, a teacher warned that the procedure is irreversible and removing them results in dents.

Perhaps sewing and stitching should be saved for your clothes or big wounds, not faces that have nothing wrong with them in the first place.