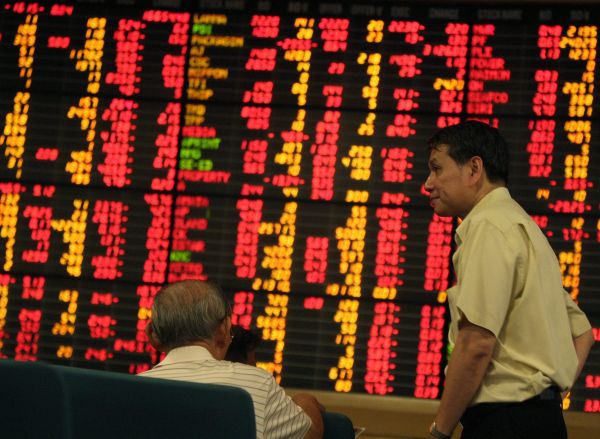 The debt service ratio of 52% of disposable income for low-income earners in 2011 far exceeded the appropriate level of 28-30%.

The debt service ratio is the proportion of debt payment to disposable income, with a higher ratio indicating more vulnerability to the upward interest rate cycle.

The 80% figure does not take into account informal lending such as by loan sharks.

"Some 22% of the 80% household debt comes from consumer finance in the commercial banking system, but this is not a concern due to the low level and high potential of debt payment," said Ms Sutapa.

The baht, government bonds and stocks dropped this week over concerns that plans to push forward an amnesty bill for those accused of crimes during the 2010 crackdown on political protesters will trigger renewed tensions.

The value of stock shares fell by the most in six weeks Thursday and slumped 1.8% from July 19 after confirmation that an amnesty bill will be tabled for consideration by parliament in August.

The Pheu Thai Party agreed on Wednesday that the first amnesty bill to be debated by the House when it resumes would be the draft legislation presented by Pheu Thai MP for Samut Prakan Worachai Hema.

Parliament now has five amnesty bills to consider, including the one engineered by Mr Worachai. Relatives of victims of the 2010 political violence are also proposing a people's amnesty bill, which would raise the number to six.

RBPI, which also has operations in Nizhny Novgorod and Penza in the west, is planning to expand its operations to mainland Russia.

The deal is part of CPF's expansion plans in food and into Russia, where it already operates feed mill and integrated swine businesses.

The investment aims to serve huge demand for meat in the country, at 2.75 million tonnes a year, while local production capacity remains low, leading to imports of some 750,000 tonnes of pork every year.

CPF projects sales this year to increase by 10-15%. Operations in 12 countries including Russia are expected to contribute 55% to revenue in 2013 thanks to aggressive investment expansion in recent years.