More+
Temple cash: Where does it go?
Learning
Advanced news

Temple cash: Where does it go? 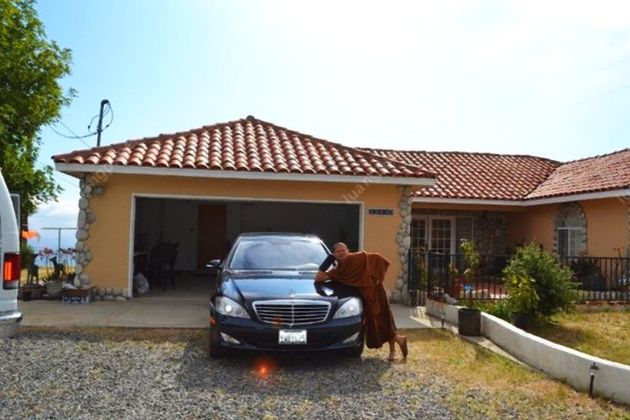 A photo on his website shows the former Luang Pu Nen Kham Chattiko at his California home. The ex-monk is believed to be in the United States, although it now is the subject of several legal cases in Thailand.

Did the notorious Nen Kham really have sexual affairs with at least eight women while he was a monk? Did he buy a private jet and a mansion in the US which he showed off on social media? Did he sleep with a minor and father her child? Was he involved in drugs and money laundering? Was it him or his brother lying beside a woman in a picture?

Now that he has been defrocked while in hiding in the US, could he be deported to stand trial in Thailand and face the music? Or could he just continue to enjoy the high life abroad?

The Nen Kham theatre has been entertaining the public for over a month now.

Many questions about the scandal have been asked. They include the question over the role of the Department of Special Investigation (DSI) - whether the DSI has helped "spin" the Nen Kham saga to steer the public away from the rice-pledging and the Thaksin Shinawatra-Yuthasak Sasiprapa YouTube clip scandals.

Yet the most important question has not yet been asked. It's about the management of temple funds, or rather the lack of it. Indeed, how could the 34-year-old Wirapol Sukphol succeed in fleecing the temple's merit-making money for so long without anyone knowing or doing something about it? Where were the financial monitoring and auditing systems?

The clergy governs 37,075 temples nationwide. It is impossible for an organisation of this gigantic size not to have a system in place to ensure temples' proper financial management, isn't it?

Prepare to confront the cold, hard fact - no, our temples do not have such monitoring and auditing systems.

Worse, temples do not even have a proper accounting system, according to research by Nada Chansom of the National Institute of Development Administration (NIDA).

In an effort to understand how temples manage public donations, she talked to monks and temple committee members at 490 temples nationwide as well as relevant authorities. They all painted the same picture of temple fund management - horribly disorganised and prone to corruption.

According to monastic discipline, monks cannot even touch money. In practice, monks routinely treat donations they receive at merit-making ceremonies as their own while the abbots enjoy full control over temple money.

According to the research, most temples have only a make-do accounting system which does not meet accounting standards. There is no monitoring nor auditing of temple finances either. Asked why, the monks simply said they do not have a knowledge of accountancy.

Which raises another question: What is the Supreme Sangha Clergy doing?

The answer: The elders did order temples to keep proper accounting and records of temple funds and assets, but the order stopped there. Senior monks down the line are supposed to monitor temples in their jurisdictions. In reality, it is each to his own, until scandals erupt.

The abuse of temple money by Wirapol Sukphol aka Nen Kham has been exposed by his public display of material indulgences. We are astounded by his wealth. But there are many wealthier monks. They are just more discreet and better protected by politically powerful patrons. And they can go on using temple money as their own as long as there is no effective system to prevent it.

To tackle temple corruption, Ms Nada suggests giving monks accounting training and making it mandatory for temples to have annual financial audits conducted by professionals. Temple committee members should also come from civic groups to ensure checks and balances. At present, the abbots select their own men.

The National Office of Buddhism (NOB) should also do more to make temple management more transparent and accountable. It won't be easy. Temples are now officially required to send annual reports on temple money and assets to the NOB. But out of those 37,075 temples, only 1,321 did so in 2011. There is no punishment for non-compliance, so why bother?

This is why temple corruption is the norm, and this is why public faith in monks and temples is declining.