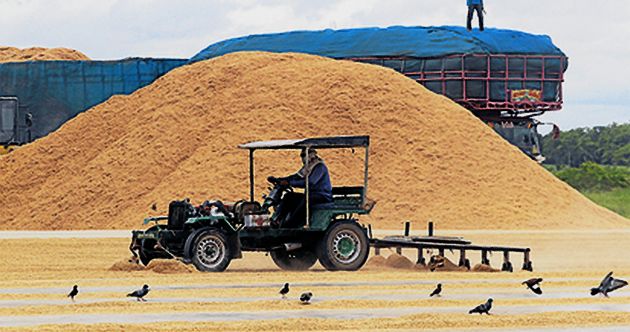 Despite intensifying political turbulence, the Thai stock market shrugged off the psychological effects on Wednesday, while the tourism and retail industries are more concerned about a blockade of the business area if the situation turns violent.

Office space heats up as firms spread out

Demand for Bangkok office space rose in the first half, driven by multinational companies expanding as part of a trend likely to continue until 2015.

Many are adding to existing space in the same building or moving to other buildings close to mass transit lines or in the central business district and outer CBD areas.

Expansion and relocation activity has grown in 2012-13 and will continue in the future after some new buildings are completed in 2014 and 2015.

In 2014, more than 257,000 square metres is to be completed, the most in five years. The space will be from four buildings: Equinox Phahol-Vibha, G Land Tower Grand Rama 9, Bhiraj Tower and The Capital Market Center-AIA.

The expansion will have an impact on existing supply and vacancy rates as some firms move from existing buildings into new ones.

As rental rates in the CBD rise and no new office buildings appear, Ratchadaphisek Road will become the second CBD and a prime location for office space, given its proximity to the MRT.

The trend has slowed in the past 14 years. More than 84% of total supply was complete before 2000, meaning most office buildings in Bangkok are more than 10 years old.

In the first half of 2013, the average occupancy rate of all office space in Bangkok topped 85%.

Most office buildings in areas along mass transit lines raised their rental rates by 10% or more from the previous year.

Nearly 80% of total supply is along mass transit lines.

The government is preparing to sell 150,000 tonnes of its rice stocks through the Agricultural Futures Exchange of Thailand (AFET), starting from Aug 15.

This is the first batch of 1 million tonnes it hopes to sell through the local futures market this year.

The government is set to scrap the sale if the bid prices are considered to be too low.

AFET will be a key channel for the government to dispose of its rice stock given the small lots of only about 2,000 tonnes allocated.

The government's existing rice auctions for relatively large amounts don't have enough bidders as the private sector is wary of the rice quality.

The AFET said in July it expects the government's plan to release pledged rice through the market will create at least 50,000 trading contracts for every 1 million tonnes of rice tendered through auctions for the six-month period.