Bangkok hotel rooms up 12% but no change in room rates, farmers accept once a year subsidies at higher price & govt rice stocks still a secret. 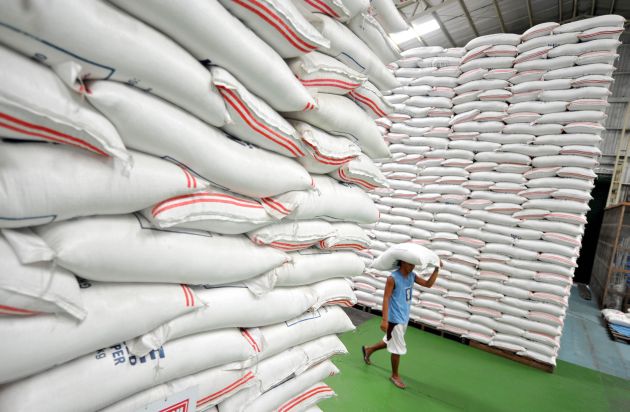 Only those in central region will be affected

Farmers say they are willing to accept the government's latest proposal to continue buying paddy at 15,000 baht a tonne under the pledging scheme for the 2013-14 main crop but limit pledging to only once a year.

But they demand the government improve the pledging process by allowing farmer representatives to participate in inspecting rice quality and moisture content, as well as millers' preservation methods.

The government should also support farmers by helping them grow more high-quality rice varieties and reduce their production costs and chemical use.

Most farmers in the North and Northeast and those outside irrigation areas can grow rice only once a year anyway.

Those affected are farmers in the well-irrigated central region who can grow rice more than once a year.

The government is likely to face heavy protests from farmers in the central region.

Farmers from the Northeast will for sure accept the latest proposal by the government, as their production cost stands at only 4,500-5,500 baht a tonne.

According to the Thailand Development Research Institute (TDRI)'s estimates, of Thailand's 4 million rice-farming households, over 3 million now grow rice once a year, leaving only 800,000-900,000 families growing more than once a year (the second crops) mostly in the central region.

The government's latest proposal would for sure help reduce fiscal pressure, as it will limit the amount of paddy into the scheme.

He estimated the new proposal would help cut paddy entering the scheme by 20% from 20 million tonnes.

The amount of rice in state stockpiles under the government's rice pledging scheme remains a mystery, even after a sweeping inspection was done on more than 2,000 warehouses nationwide on June 27.

The total figure gathered by the police is estimated to be 1 million tonnes short of what the Finance Ministry's committee tasked with handling the scheme's accounts shows.

The government asked the police to inspect the rice stored at warehouses taking part in the scheme in late June after discrepancies were found in the accounts of the committee and the Commerce Ministry.

As of Friday the government had yet to see the report, the source said, adding that the delay is likely to prolong the scheme's auditing process.

But a high-ranking police officer said the report has already been submitted to the government.

The cabinet approved a budget limit of 500 billion baht for all farm pledging schemes, but 759 billion has been spent so far.

To date, the Bank of Agriculture and Agricultural Cooperatives has been repaid 114 billion baht from the Commerce Ministry for the money it paid to farmers.

This means the Commerce Ministry faces an uphill task in selling as much rice as possible to get funds for the scheme and stay within the budget limit. 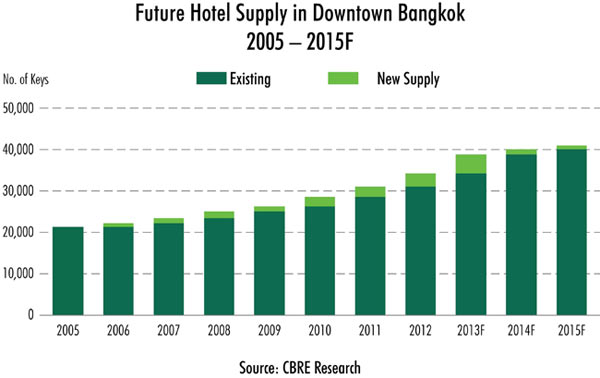 The number of hotel rooms in Bangkok grew 12.1% year-on-year with the completion of six new hotels in the first half of 2013, lifting the total to 37,500 rooms in downtown Bangkok.

Approximately 2,250 new rooms at various levels of accommodation will be completed in the second half of 2013.

The big challenge for hotel owners is to raise the room rates which have not grown significantly for the last five years.  The second half of 2013 may finally see the growth in visitor arrivals outpacing new supply allowing owners to raise rates.

He said there is a significant opportunity for economy hotels in Thailand as many more visitors want consistency in quality as well as value for money but currently there are a limited number of players with branded product in this market.