More+
I am not a puppet, PM says
Learning
Advanced news

I am not a puppet, PM says

The days of walking in the shadow of her brother are past. In an exclusive interview, PM Yingluck says she is now the decision-maker. 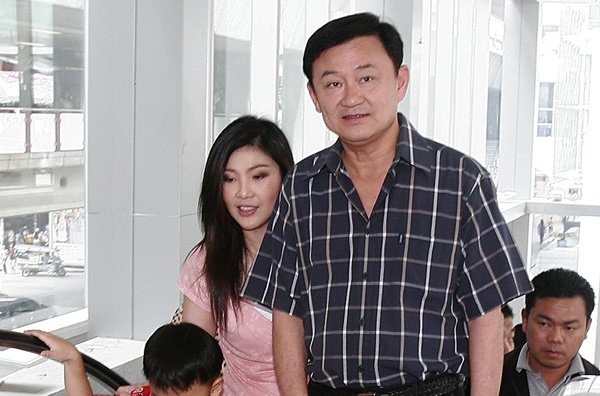 There was a time when Yingluck Shinawatra was happy to walk in the shadow of her big brother Thaksin. But she insists those days are behind her, and she has no need for advice from the fugitive ex-prime minister, especially on her plans for a reconciliation forum in two weeks. (Bangkok Post file photo)

I am not a puppet, PM says

Assembly is her idea, not brother Thaksin's

Prime Minister Yingluck Shinawatra insists she is not her brother Thaksin Shinawatra's puppet and the proposed political reform assembly is her brainchild.

In an exclusive interview, Ms Yingluck said she does not consult her brother on every issue as widely speculated. She made her own decisions largely based on advice and suggestions from her advisers and state officials.

''I don't have to ask. I do it myself. I am open to good advice and will follow it if I can. How can I ask for advice on everything? That is impossible,'' she said when asked about the ex-prime minister's pulling of strings behind the Pheu Thai-led government.

''Some people may say I am a puppet. But those who work with me know I am not. Even though I don't have much experience, I have teams of knowledgeable people.

''When decisions involve the country, I listen to all sides. Much of it comes from state agencies because they know the information.''

It was her idea, not Thaksin's, to invite former British prime minister Tony Blair and former UN secretary-general Kofi Annan to a reconciliation meeting. Mr Annan declined to join, saying he was committed elsewhere.

Ms Yingluck, who doubles as the defence minister, said she decided to take up the portfolio to help her understand the armed forces' needs better.

She said that in the past two years she was clueless about the military's needs and spending priorities.

She said the defence minister tends to focus on issues relating to military affairs only, which might not play out well when the military has to work with other agencies. As prime minister, she must oversee other ministries. This means she can contribute to increasing the military's efficiency in working with others.

Trust is important, she said, when asked if she was worried by the possibility of a military coup. ''I am wearing two hats. My job is to ensure we work as a team and we work on mutual trust. I have to get rid of mistrust. If there are doubts, we should open up and talk things out.

She said she respects the armed forces leaders and believes they know best what is happening in their barracks.

Gen Prayuth is also chief of the Internal Security Operations Command, so she and the army chief have many matters to discuss. She said she is not worried about a coup because she trusts the military's non-interventionist stand.

The prime minister said she is more concerned about unfounded political rumours making the rounds against her.

''I face a number of [rumours] and it takes patience. I understand some people like me and some don't. I try not to respond and think positively,'' she said.

She said she was not ''born to be'' the prime minister but she is performing her duty to the best of her ability and trying to bring about national reconciliation.

Ms Yingluck also pleaded with the public to take it easy on her when she makes verbal gaffes. She said she is not a professional speech maker.

''There are two types of leadership. The first is good at talking but doesn't know how to get the work done. The other is concentrating on working and may not be good at talking.