Red Bull heir Vorayudh Yoovidhaya has found getting ill in Singapore has its advantages, particularly when you have a speeding charge pending against you in Thailand. Other, more serious charges remain in his hit-run case, however. 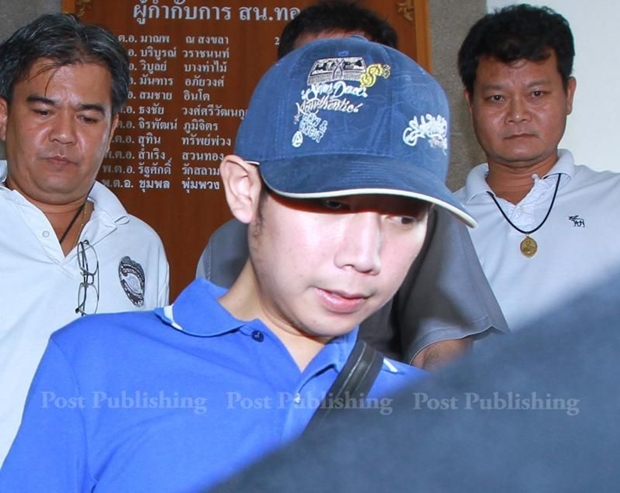 Prosecutors are to seek a warrant for the arrest of Vorayudh Yoovidhaya, after the heir to the Red Bull energy drink fortune failed to attend a meeting with prosecutors yesterday.

Mr Vorayudh was due to hear the prosecution’s decision on his hit-and-run case.

Mr Vorayudh came down with flu during a trip to Singapore and needed a couple of days to rest before he came back to Thailand, according to his lawyer.

He said his client has no intention of fleeing.

A senior prosecutor in charge of the case, Ruecha Krairiksh, said that Mr Vorayudh’s no show means the speeding charge against him will be dropped.

The statute of limitations on that charge expires today. 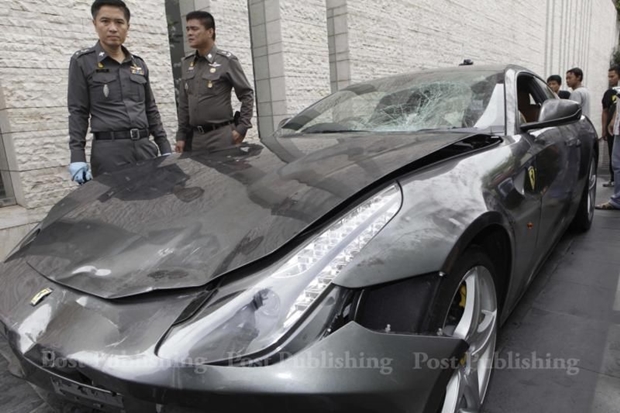 Mr Vorayudh faced three charges in connection with the hit-and-run case on Sept 3 last year when he crashed his Ferrari into the rear of a motorcycle ridden by Pol Snr Sgt Maj Wichian Klanprasert in the Sukhumvit area. The officer died at the scene. Mr Ruecha said the arrest warrant will be issued and sent to all immigration offices.
Mr Vorayudh will be arrested as soon as he arrives back in the country. 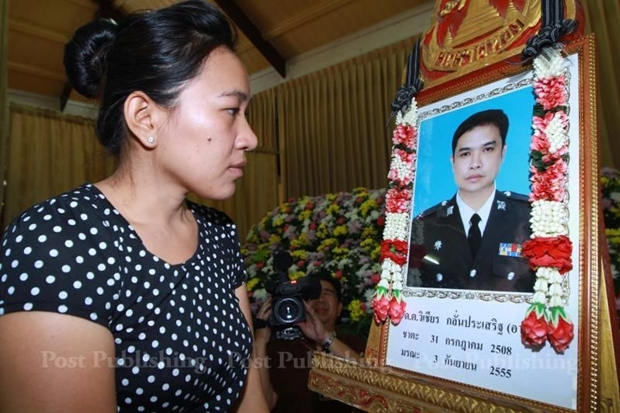 He said prosecutors will also ask the court to deny bail for the suspect who has repeatedly failed to report to them to hear indictments against him.

The two other charges of reckless driving causing death and failing to stop a vehicle to help a victim remain intact, Mr Ruecha said.

He said he will also ask the director-general of the Department of Southern Bangkok Criminal Litigation to decide when to summon Mr Vorayudh to hear the remaining charges which have a statute of limitations of 10 years.

This case is also being followed internationally. Here is a short Reuters story from this morning.

Red Bull heir Vorayudh Yoovidhaya was due in court in Bangkok accused of the hit-and-run killing of a policeman. He didnt' show up. The 28-year-old's lawyer says he's unwell. "Initially, he was scheduled to return on September 1st but Mr Vorayudh suddenly fell ill in Singapore, so he can't come to report himself to the prosecutor here officially today." Police said the family of the dead officer has been paid 97,000 dollars but case had caused widespread outrage. Some have questioned the apparent leniency of those with cash and connections. Prosecutors now say they'll issue a warrant for his arrest and oppose bail.