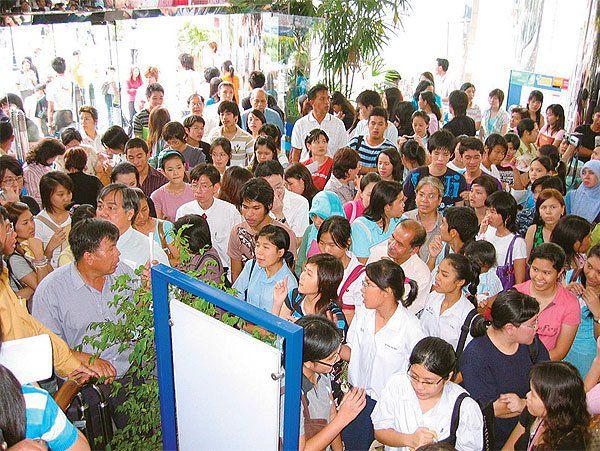 Education Minister Chaturon Chaisaeng has repeated his call for universities to cut the number of recruitment rounds held through direct admissions, to ensure fairness to poor students.

The frequent exams held by universities under the direct admission method give students from well-to-do families an edge over those who are financially worse off and are unable to pay for the cost of sitting the tests, he said.

Universities are allowed to directly recruit new students under the direct admission system.

The Council of University Presidents of Thailand has requested 27 member universities, however, to limit this enrolment method to no more than 50% of new students.

Mr Chaturon said he has other worries about the direct recruitment exams. Students have complained that many of the exam questions cover material other than that taught in class.

The most recent case involved students who sat an exam to enrol at Srinakharinwirot University.

They complained on social media that the exam paper did not cover the subjects they studied at school, and one multiple choice question did not provide a correct answer among the options.

He said the frequent examinations hosted by universities, often before the end of the Mathayom 6, to directly recruit students creates a financial burden for parents.

The fact that some questions fall outside the course material taught in class force many to attend tutorial schools, adding to their expenses.

Mr Chaturon said he had no power to stop the practice, but could only make suggestions.

He said universities should organise a central direct admission exam to ease the burden on families.

Thachaphon Meesomklin, a Mathayom 6 student at Horwang School, said direct admissions should not be eliminated but organised only during school breaks.

"My friends have to take the direct exams of many universities to make sure they will get a seat, which are expensive.

"The application fee for each exam is 600-1,500 baht and the cost does not include travel and accommodation expenses. One of my friends had to pay for a plane ticket to sit an exam in Khon Kaen," he said.