Might as well retire when you are still young. Financial independence is needed. Here are some tips... 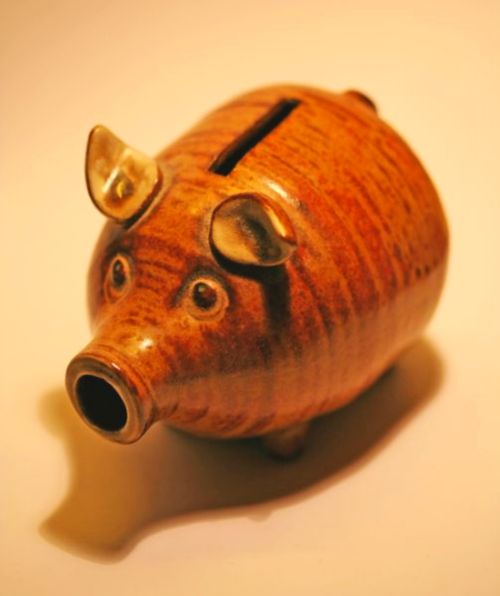 The old-fashioned piggy bank is one way of saving money. (Source: Wikipedia)

The race for retirement

September is the last working month for a lot of people. After several decades of full-time work, this should really be a month to celebrate. Sadly, a lot of retirees I know are just retiring rather than reaching financial independence.

Saving is generally a difficult decision. Saving for retirement is even tougher, as we tend to spend today rather than keep it for the future. Despite working from 9am-5pm until 60, many of us end up having virtually no retirement savings.

Thai society is admittedly ageing rapidly. About 12% of the Thai population is now over 60 years old, and by 2040 a quarter of the population could be over 65, more than the number of working-age people. In an ageing society, saving money for a comfortable retirement becomes even more crucial. But only a few have actually managed to save enough once they clear their desks for the last time.

Thais generally have a positive view about their retirement but unfortunately start preparing themselves too late - usually only in their mid-40s. Mostly, they are faced with a critical question: how much can I safely spend each year after I retire?

Retiring is obviously much harder now than before. We have come a long way from the high-interest-rate environment our predecessors enjoyed. The global recession and consequent period of low interest rates have further added an adverse impact on retirees and near-retirees, whose major investments are in the form of low-yielding deposits. Interest rates on deposits were 10-15% two decades ago, while the rates are currently just 1.5% to 3%. Although the rates of return for other savings choices such as provident funds, retirement mutual funds and others are higher, they are rather volatile in today's uncertain market environment.

Given this, it may be time to think about the alternative - retiring sooner rather than later. Retirement should not be about staying at home after working tirelessly for 40 years. Instead, it should be about reaching financial independence as quickly as possible.

There are some people I know who did retire very early - in their 40s or before. However, these are as rare in the working population as Olympic medallists are among athletes. And just as Olympic medallists need a lot of practice and perseverance, those aspiring to retire young must do the same. After all, what is necessary for financial success are serious financial planning, determination and actions. Here are some tips for retiring early:

1. Define your goal: First of all, you need to ask yourself: what would early retirement mean to you? For some people, it may mean travelling the world while they are still relatively young, while for others it would just mean spending more time with their families. You may also want to volunteer for your favourite activities, start your own business or work part-time. Once you decide on your goals, you can figure out how much you will need to save to fund your retirement.

2. Estimate how much you spend: It is probably best to start with how much you are spending now and then think about how those expenses might change in retirement. To see how your money is spent, go through your bank and credit card statements of the last couple of months and get some idea about your average monthly expenses. Then add in non-regular expenses such as holidays, health care or social events. Examining your spending habits can be quite an eye-opener.

3. Save hard and early: The sooner you start saving, the more time your money can grow and the more benefits you can reap from your investment. Thanks to the power of compounding, 100,000 baht saved by a young worker is worth much more in the future than 100,000 baht saved by a 50-year-old. Retirement is expensive. So if you are genuinely serious about leaving the workforce by 40, you need either a lot of capital saved up or a very robust passive income stream. Saving up enough capital or generating enough passive income to last you for life requires radical changes of habits.

4. Earn more income quickly: With more income, you can save more money early and retire faster. For this you may need to work more hours or take an additional job or two. People do this in different ways. Examples include e-commerce, real estate investment, teaching, consulting and direct sales. You may also want to invest in dividend stocks to receive regular dividend income and protect your wealth all through retirement.

Last but not least, 5. find like-minded individuals. The hardest part of early retirement is probably ignoring what other people think. The minute you decide to retire very early, you will face resistance from family and friends. It is important that you find people whose advice and encouragement help you to get through this big decision.

Early retirement is an achievement most people will not accomplish. Very few have the courage and ability to break away from a nine-to-five lifestyle. Leaving the workforce very early requires extraordinary dedication, intensity and a willingness to live differently. But if life is really an adventure to be lived fully rather than being let down when retire. You may as well take action now.

Dr Tientip Subhanij holds a PhD in economics from the University of Cambridge and has a dual career in banking and academia. She can be reached at tien201@yahoo.com