Floods: Wuthip not a disaster (updated)

Early reports from the upper northeast indicate that tropical depression Wuthip has not been as damaging as feared. Further south, the heavily flooded provinces of Prachinburi and Ubon Ratchathai were not hit by the storm 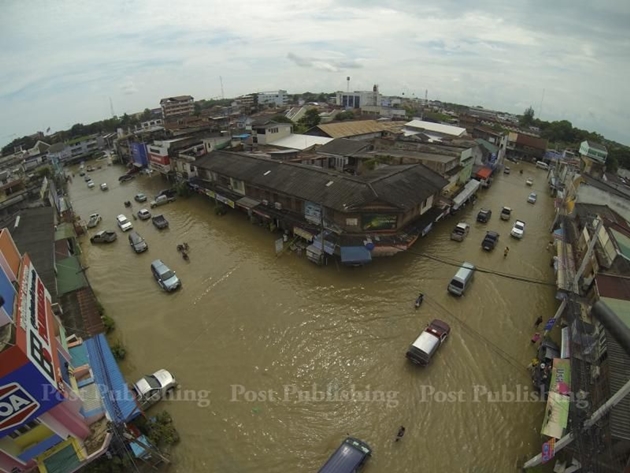 The city centre of Prachinburi as it looked from the air yesterday. With no rain overnight, the situation is noticeably better this morning. SITHIKORN WONGWUDTHIANUN

The remnants of Wuthip are now moving into the North where 20mm - 40mm of rain is expected. There is hope that the rain will help replenish the Bhumibol and Sirikit dams where water levels are surprising low for this time of year. The Bhumibol dam is only 45% full and only 16% of that is actually useable.

Elsewhere Chaiyaphum province has been hit the hardest by the storm with 11 districts declared disaster areas from heavy rain over the past three days.

Early reports indicate Wuthip has been far less damaging than feared. It missed the heavily flooded eastern region completely and with no rain last night, flood waters have been to recede in Prachinburi. It will be days, however, before most residents in the worst-hit areas can walk on dry land.

Ubon Ratchathani was also unscathed and the concern is now over water coming from elsewhere. Officials expect the flood to peak tomorrow and gradually recede, assuming no new storms enter the area.

Early morning reports from Nakhon Phanom indicate the city's old historical buildings did not suffer badly from wind damage and Kalasin, in the path of the storm, experienced only moderate rain. 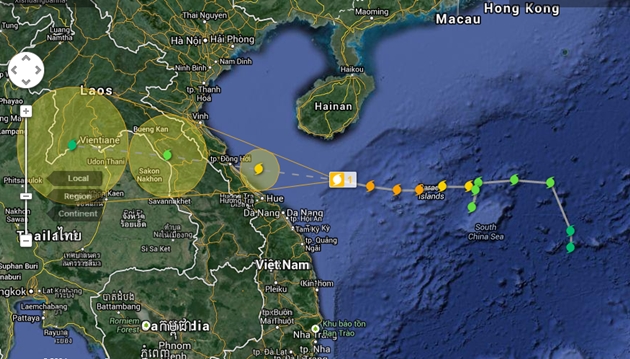 As of 9:45 this morning, wunderground.com was predicting Wutip would enter Thailand as a tropical storm late tonight and then weaken to a tropical depression. It will likely cause heavy rain over a wide area.

Evening update: Wuthip, rapidly being downgraded from a typhoon to a tropical storm and a tropical depression, has entered Vietnam above Hue and is headed toward Nakhon Phanom and the upper northeast. It will definitely cause local problems but is unlikely to have a major effect on big population centres, especially Bangkok. The major dams still have a lot of capacity for taking in water. Fortunately Wuthip will miss the heavily flooded areas of Si Sa Ket and Prachinburi further south, but these areas are still vulnerable to seasonal monsoon rains, which could be heavy tonight.

Prime Minister Yingluck Shinawatra has ordered officials to accelerate the drainage of Prachin Buri floodwater into nearby rivers.

Ms Yingluck on Sunday led a delegation to inspect the Krapor Yai sluice gate in the province's Kabin Buri district, which has been ravaged by floods. 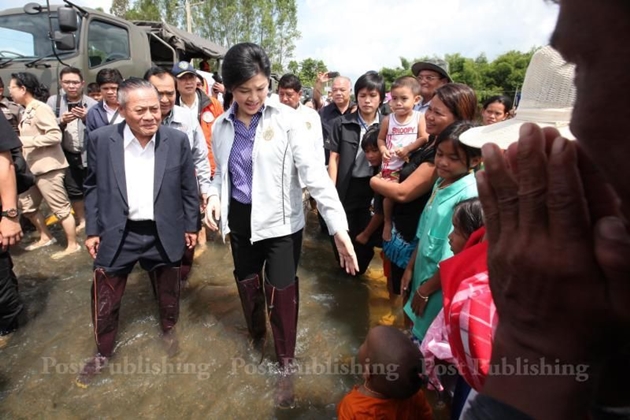 
Ms Yingluck said she had asked officials to install more water pumps at the sluice gate to accelerate drainage of floodwater into the Prachin Buri and Bang Pakong rivers.

After it makes landfall, Wutip (Cantonese for ``butterfly'') will weaken, but is expected to be a tropical depression when it moves into the upper Northeast. Heavy rainfall is likely throughout the entire upper half of Thailand, including most of the central plains area.

The prime minister has assigned the Water and Flood Management Commission (WFMC) and the Royal Irrigation Department to survey areas that could be used to retain floodwater or dig drainage canals.

The province has been badly hit by flooding, as more water continued flowing in from neighbouring Sa Kaeo. 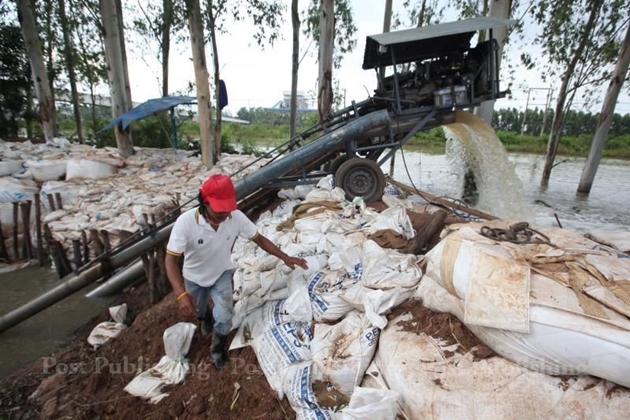 Persistent downpours since Sept 19 have caused water levels in the Prachin Buri River and its tributaries to rise sharply and inundate communities near the old market, Ms Jittra said.

Flooding has hit 363 villages in seven districts of the province, affecting about 12,000 households, nearly 95,000 rai of agricultural land and more than 600 fish farm ponds. The flooding has also affected 78,000 head of livestock. It has damaged 311 roads, six bridges, 36 temples and 42 schools. Two deaths have been confirmed.

Deputy Prime Minister Plodprasop Suraswadi, also chairman of the WFMC, said about 200 million cubic metres of water had been drained out of Prachin Buri. Another 800 million cu/m remained, he added

Royal Irrigation Department chief Lertworoj Kowattana said an average of 70 million cu/m could be drained into the river per day.