More+
"What have you done to my elephant?"
Learning
Advanced news

"What have you done to my elephant?"

His four-year-old female elephant near death in a government elephant centre, a mahout has accused the DNP of mistreating the animal and is suing to get her back. 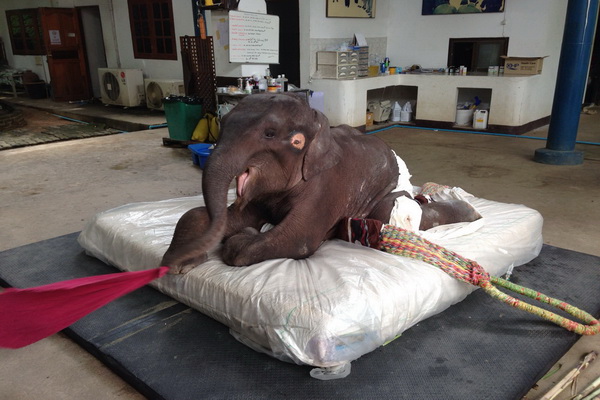 A mahout from Surin claims the government has seized and mistreated his elephant, and is asking for help to file a lawsuit against state officials who have put the animal at death's door.

Naetiwin Amorsin, the owner of a four-year-old female elephant, Phang Taengmo, submitted a complaint with Surapong Kongchantuk, a member of the Lawyer's Council of Thailand’s human rights committee, on Monday. The lawyer said he would act on the petition unless the state moved quickly to return the elephant.

The mahout asked for legal action against the Department of National Parks, Wildlife and Plant Conservation (DNP) for unfairly confiscating his elephant, and for putting the animal at risk of "imminent death" because of poor treatment.

Mr Naetiwin produced an ownership certificate for Phang Taengmo but officials said descriptions in the document failed to match the actual animal, and the mahout was unclear about how he obtained the elephant.

The department filed a complaint with officers at Krapo police station accusing him of possessing wildlife without permission. State officials then removed Phang Taengmo to the Thai Elephant Conservation Center (TECC) in Lampang province as state property.

Damrong Pidech, then the department director-general, led a team of staff in the raid, according to the mahout's petition.

The Surin Public Prosecutor Office did not charge Mr Naetiwin with illegal ownership, and then ordered the DNP to return Phang Taengmo to him. 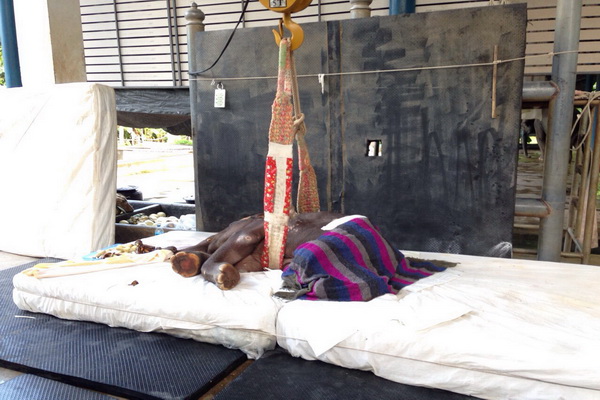 Mr Naetiwin went to see the elephant at TECC on Sept 9. He claims he found that she had injuries "all over her body" and could not stand. She appeared paralysed and in poor health. He was told by a veterinarian at the centre that Phang Taengmo could die within two months.  Photos submitted show the animal lying down, with a sling nearby, apparently to lift her.

The mahout said the illegal 15-month confiscation had adverse impacts on Phang Taengmo and resulted in her being weak and sick.

“Phang Taengmo is like my daughter and we have a long bonding. An elephant caretaker must live with his elephant. If she dies, I will take her back to Surin to perform a [religious] ceremony. She is the only elephant I have,” he said.

Mr Surapong said the prosecutor’s decision not to indict Mr Naetiwin meant he was innocent and authorities must return the elephant to him in the same condition.

The department of national parks must compensate for loss and damage and the lawyer council would bring the case to Courts of Justice if the agency does not take action quickly, he added.