Police are ready for large numbers of protesters as organised opposition to Phue Thai's blanket amnesty bill begins. The main focus will be on the Democrat's rally at the Samsen railway station.

Here is a story we will be watching today. I'll have updates if anything important happens. 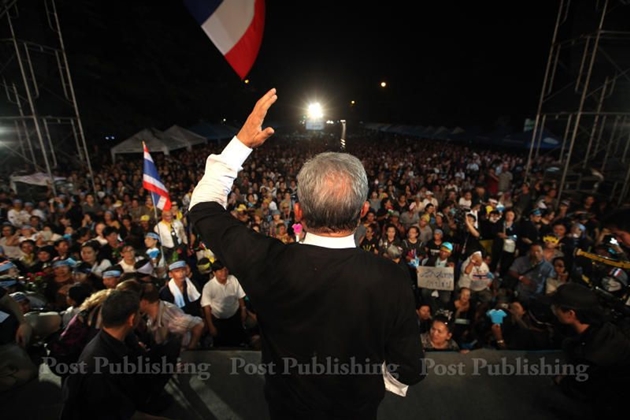 Democrat MP from Surat Thani fires up the crowd near the Samsen railway station this evening. Patipat Janthong.

As night fell the crowd at the Democrat rally near Samsen station continued to grow, perhaps reaching 15,000 by this time. 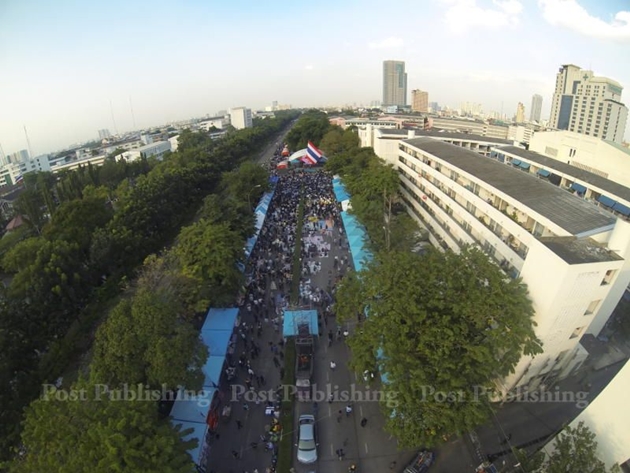 Supporters of the Democrat Party have started gathering at Bangkok's Samsen railway station, where the opposition party has organised a mass rally against the government's amnesty bill.

Pol Gen Adul Saengsingkaew, the national police chief, said he expected 20,000 to 30,000 people to join the protest, an estimate considerably higher the previous estimates which put the expected crowd at less than 10,000.

He said 40 companies of police had been deployed to provide security for protest-related activities. 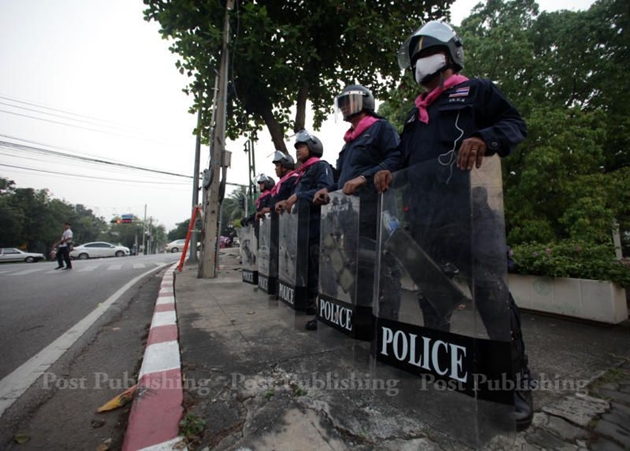 The government has instructed state agencies to be on full alert for disruption of public utilities as opponents of its blanket amnesty bill gear up for demonstrations in Bangkok and the provinces today.

In a video-conference with governors nationwide, Mr Charupong, also Pheu Thai Party leader, said he was counting on them to ''prevent, not to solve a problem,'' and make sure that no siege was laid to government agencies and there was no disruption of public infrastructure systems.

He said if there were signs of protests and possible public disorder, the act should be used as a guideline to keep peace and maintain order.

The Centre for the Administration of Peace and Order (Capo) yesterday told security agencies nationwide to be on full alert to prevent disruption of public utilities, including electricity, tap water, telecommunication networks, and airports, Piya Uthayo, Capo and national police spokesman, said.

According to intelligence and security agencies, the protest in Bangkok organised by the opposition Democrat Party at Samsen railway station is scheduled to begin at 2pm.

He said small scattered rallies are anticipated in Bangkok, including Silom, with the aim of paralysing traffic.

The two other main protests which need to be closely watched are in the Uruphong area and at Lumpini Park, Pol Maj Gen Piya said. Protestors at the Uruphong intersection may see their numbers grow today as the campaign against the government's amnesty bill picks up steam. PATTARACHAI PREECHAPANICH

The white-mask V for Thailand movement will join the rally at Samsen.

He said there would also be protests in the provinces, adding that he believed the demonstrations will last until Nov 11 when the International Court of Justice rules on the Preah Vihear temple dispute.

Suporn Atthawong, the prime minister's deputy secretary-general, said the opposition party is expected to try to mobilise about 1,000 people from each of the 50 Bangkok districts while 2,000-3,000 others will come from the provinces.

However, he expected only about 7,000-8,000 people would take part in the rally at Samsen, as the party would find it difficult to mobilise such large numbers of demonstrators.

He was speaking after a meeting between Prime Minister Yingluck Shinawatra and security authorities yesterday. 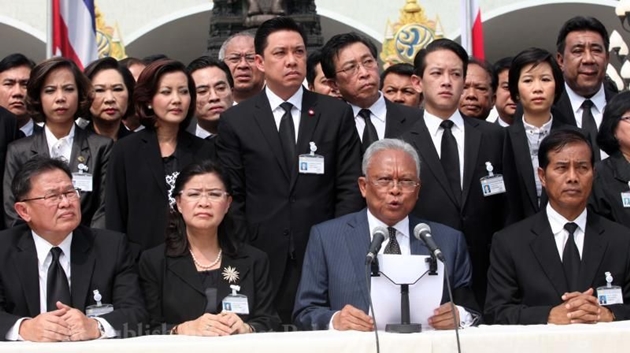 Democrat MP for Surat Thani Suthep Thaugsuban, speaking, holds a press conference in front of the King Rama VII statue in the parliamentary compound to urge the public to join today’s mass protest against the amnesty bill at Samsen railway station. PATTARACHAI PREECHAPANICH

Democrat MP for Surat Thani Suthep Thaugsuban yesterday held a press conference in front of the statue of King Rama VII at parliament urging opponents of the amnesty bill to gather at Samsen train station.

He said the government had abused its mandate to push for an amnesty law to absolve former prime minister Thaksin Shinawatra.

''If the government and the Pheu Thai Party are allowed to do things as they please, the country will be deprived of principles and sink into the dictatorial powers that aim to serve the interests of their families and associates without caring for the people,'' he said.

Mr Suthep said the rally would continue and intensify until the government and the Pheu Thai Party backed down from their amnesty stance.

Mr Suthep said four Democrat deputy leaders in charge of Bangkok, the North, the Northeast and South have resigned from their executive posts to lead the protest. They are Korn Chatikavanij, Thaworn Senneam, Issara Somchai and Siriwan Prasjaksattru.

He said the four maintain their status as MPs so they can debate the bill in parliament. Mr Issara said he expected more than 10,000 people to join the protests and suggested the numbers would increase over the weekend.