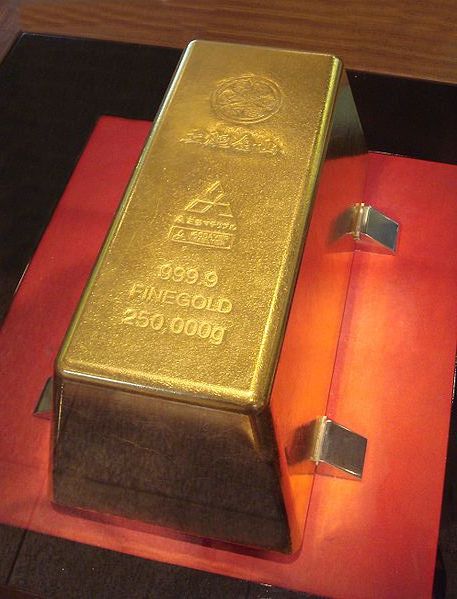 Cleaners working on an airplane in eastern India have found 24 gold bars worth more than $1 million stuffed into a toilet compartment.

NEW DELHI - Cleaners working on a commercial plane in eastern India have found 24 gold bars worth more than US$1 million stuffed into a toilet compartment, officials said Wednesday.

India, which rivals China as the world's biggest gold consumer, has witnessed a spike in smuggling after import duties were hiked three times this year from 10% to 15% to try to dampen demand for the precious metal. Gold imports are thought to be a major factor increasing the country's current account deficit.

The plane belonging to Jet Airways was being cleaned at Kolkata airport on Tuesday after a trip from the eastern city of Patna. The flight reportedly had originated in Bangkok.

"The cleaning staff of the airport were going though their routine duties and found two bags in the toilets of the plane," director of the airport B.P. Mishra told AFP.

The one-kilogram gold bars "have not been claimed by anyone. No arrest has been made as of yet".

Senior customs official R.S. Meena estimated the value of the haul at about 70 million rupees, or $1.1 million.

The hoarding of gold for financial security is a common practice among Indians making India one of the world's biggest gold consumers.

As gold import duties have risen in an effort to curb domestic demand, the incentive to smuggle gold has also risen.