The place to be this year is Hua Hin where his Majesty the King has now made a public appearance on his birthday today. But you can celebrate anywhere and we will follow the events throughout the day. 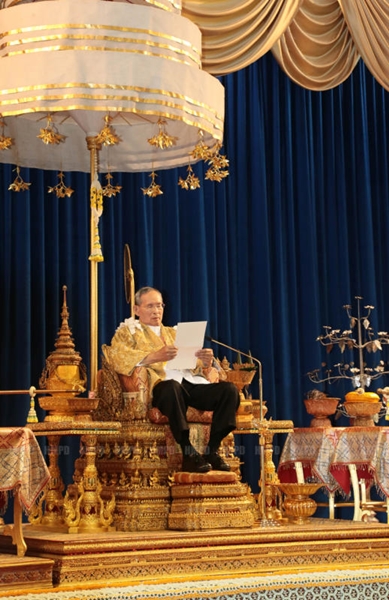 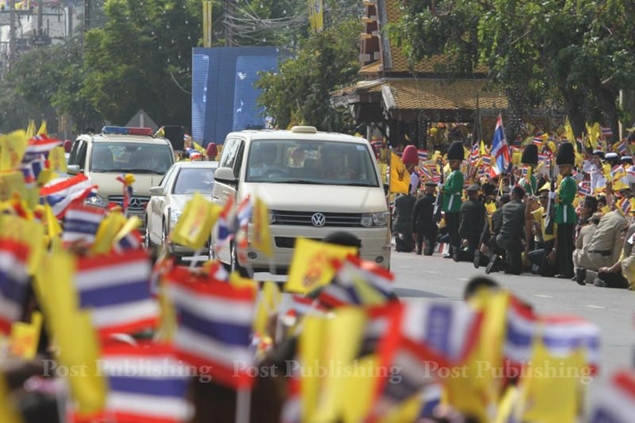 Huge excitement as His Majesty the King's motorcade comes into view. PANUMAS SANGUANWONG 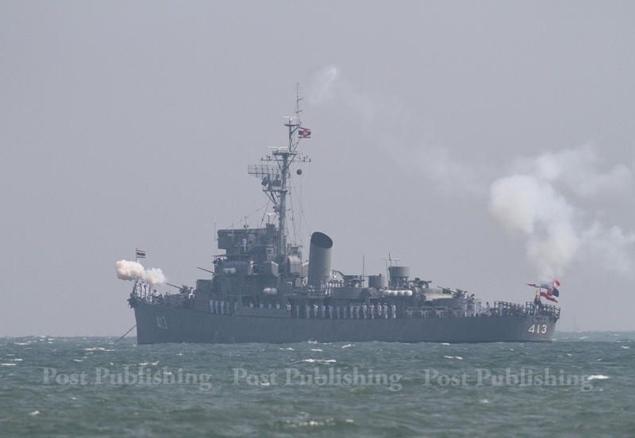 An emotional morning in Hua Hin has left many Thais in tears as they got a rare close-up glimpse of their King and heard him speak for this first time in a long while. 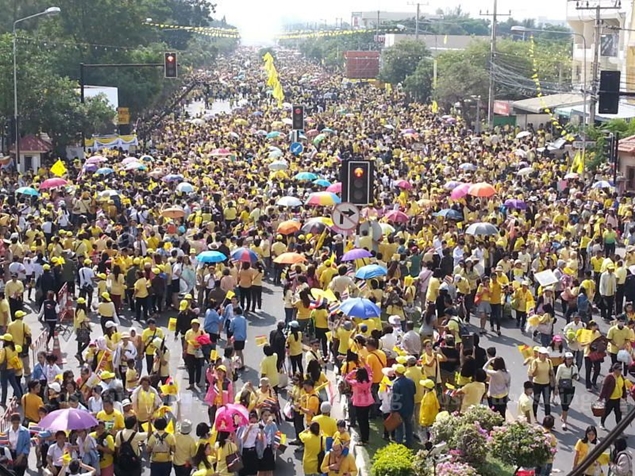 The motorcade on route to the Rajpracha Samakhom Pavilion in Klai Kangwon Palace was packed with cheering subjects, endlessly repeating "Long Live the King." 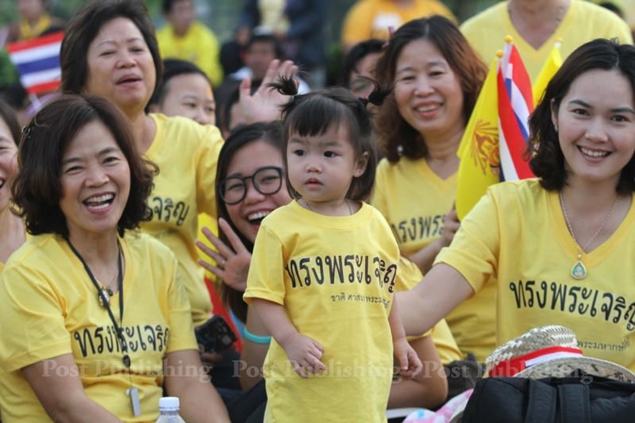 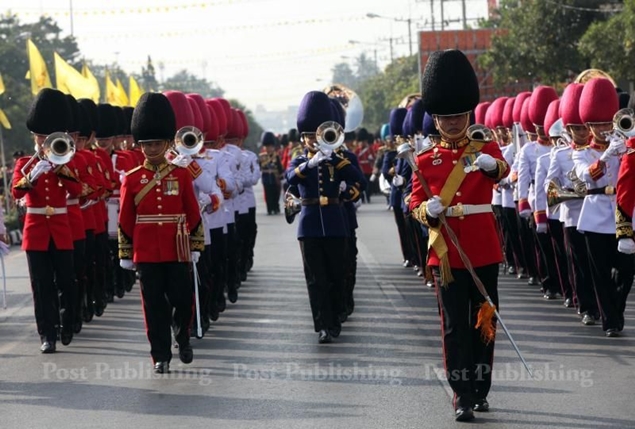 The Royal Guards march before the arrival of His Majesty the King. PATTARACHAI PREECHAPANICH 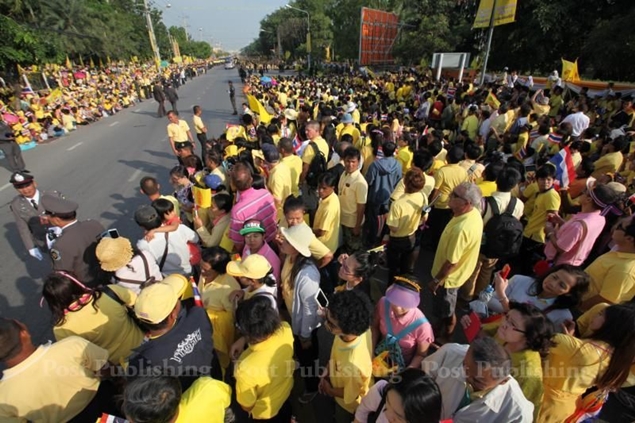 After receiving traditional birthday wishes from His son the Crown Prince, the prime minister, the parliament president and supreme commander of the Thai armed forces, the King himself gave a short speechl

He spoke in a halting but determined voice with long pauses in between sentences. His message was clear and significant, given the country's current political turmoil.

The King urged all Thais to perform their duties for the national interest, stability and unity.

He said Thailand has been a peaceful country for a long time, with Thai people united and working to support each other for the national interest.

The many dignitaries inside the hall and the crowds outside were visibly moved by the King's speech. 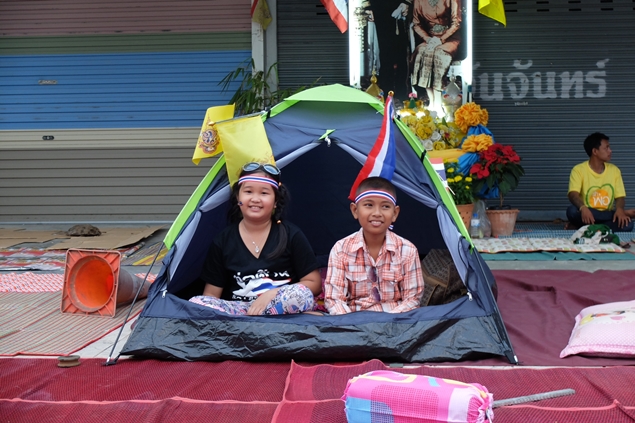 These two children already have their place for today's birthday celebrations in Hua Hin. SITHIKORN WONGWUDTHIANUN

Thousands of Thai people have arrived in the seaside town of Hua Hin in Prachuap Khiri Khan to get the opportunity to catch a glimpse of His Majesty the King on his 86th birthday today. 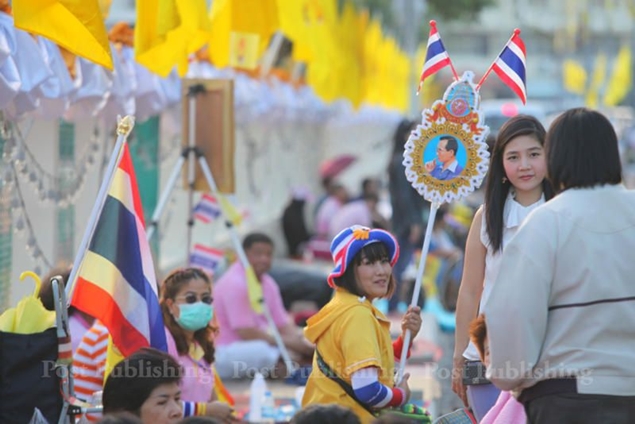 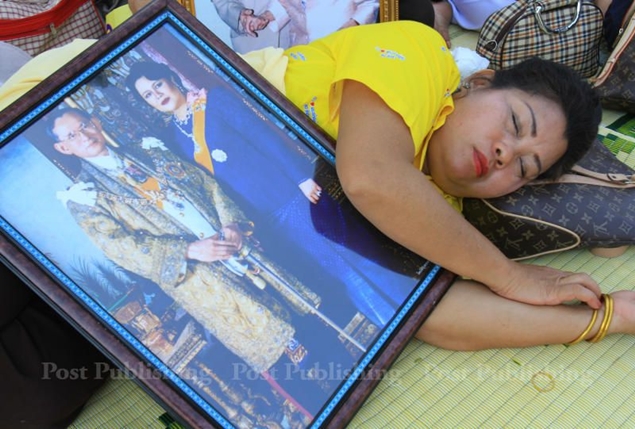 A women gets a little warmth on a cool day in Hua Hin as she continues the long wait beside Phet Kasem road for the His Majesty the King's 86th birthday celebrations to begin. TAWATCHAI KHEMGUMNERD

The Royal Household Bureau announced that a royal audience will be granted at Rajpracha Samakhom Pavilion in Klai Kangwon Palace at 10.30am on a live broadcast. Members of the royal family, civil servants and royal guards will gather to wish His Majesty the King a happy birthday. 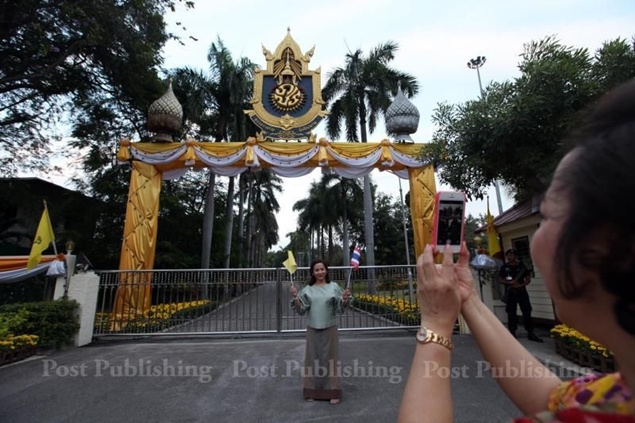 The palace grounds at Klai Kangwon is a popular backdrop for photos. PATTARACHAI PREECHAPANICH

Hundreds of well-wishers have lined both sides of Phetkasem road leading to Klai Kangwon Palace. Some of them have brought mats and tents as they intended to sleep overnight there. Some people even arrived on Monday.

The Transport Ministry is arranging special trains and buses to Hua Hin . 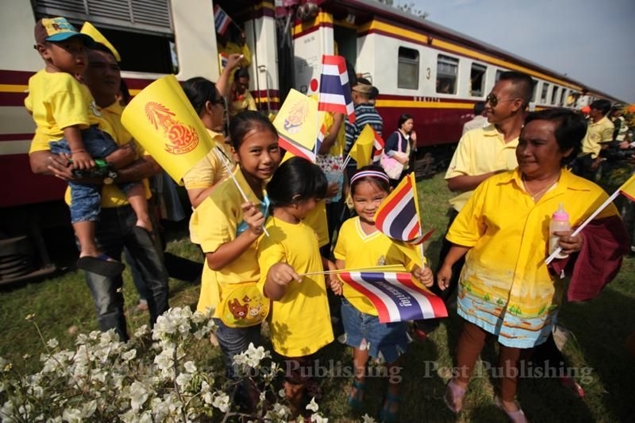 Special trains have been organised to bring well-wishers to Hua Hin. PATTANAPONG HIRUNARD

Transport Co managing director Wutthichart Kallayanamit said the firm is increasing public van services from Bangkok to Hua Hin from 390 to 570 trips on Wednesday and Thursday. The vans leave from Victory Monument and the southern bus terminal. 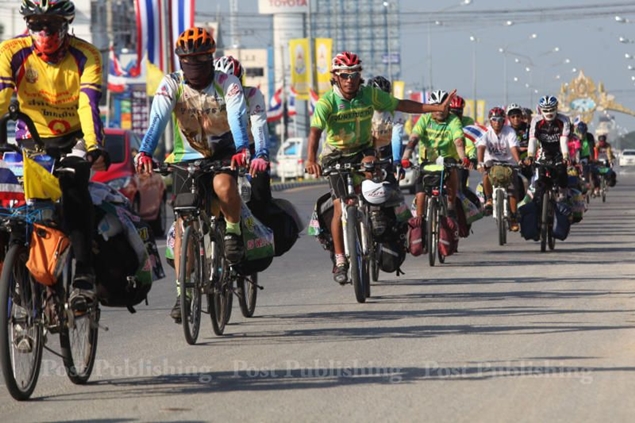 Bicyclists arrive in Hua Hin. Many had travelled for hundreds of kilometre in a journey begun on November 30. PATTANAPONG HIRUNARD

The National Broadcasting and Telecommunications Commission (NBTC) on Wednesday ordered all mobile phone operators to increase signal strength for mobile phones in order to accommodate the large crowd expected to arrive in Hua Hin on the King’s birthday from Wednesday to Friday, according to secretary-general Thakorn Tantasit.

Thailand Post Co has invited the public to send their messages to the King via its application “iPost-a-Card” available on smartphone until Dec 31. All messages will be printed on real postcards and submitted to His Majesty. A new stamp collection will also be released on Thursday.

There will also be a display of 30,000 fireworks from five boats anchored offshore so all people visiting Hua Hin beach can watch the display up close. 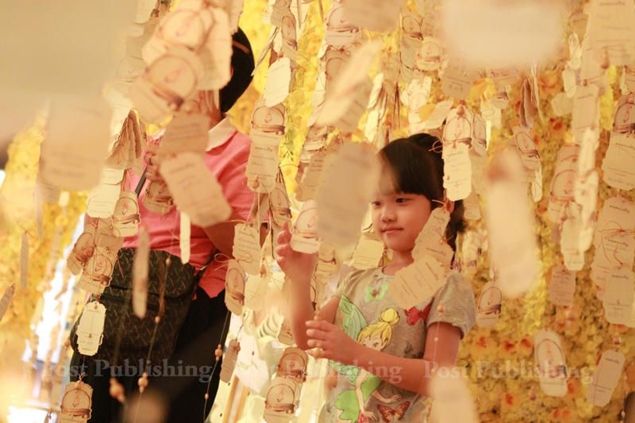 Back in Bangkok a young girl reads birthday wishes for HM the King at Siam Paragon. THANARAK KHOONTON

Also in Bangkok, political tension has been eased just ahead of the big event. Anti-government protesters at Ratchadamnoen Avenue have jointly helped to clean up their protest site on Wednesday morning. The avenue has been glittering at night with hundreds of thousands of tiny light blubs. 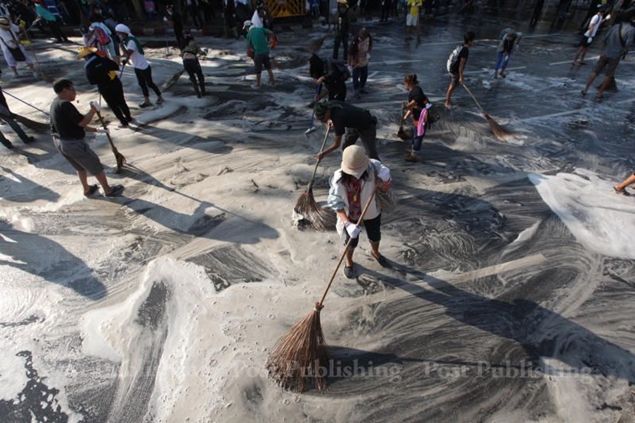 Anti-government protesters join together in a big cleaning day at their rally site at Democracy Monument in Bangkok. SEKSAN ROJJANAMETAKUL

Adapted from a story by Chaiwat Satyaem and Online reporters