Bangkok had coldest morning in 30 years on Thursday, when temperatures fell to 15.6 degrees Celsius. 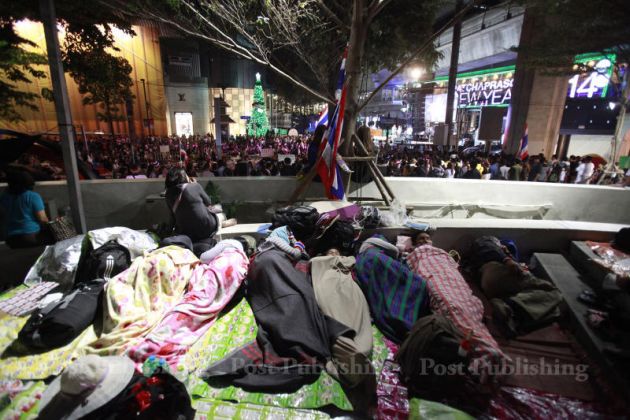 Temperatures dropping to 2-3 C with frost possibly on the mountaintops of the North and Northeast.

The unusually long cold spell across the North, Northeast and Central regions has killed 63 people in the past three months and Bangkok has suffered its coldest night in three decades.

Sophon Mekthon, director general of the Disease Control Department, said on Thursday that the 63 fatalities were reported in 27 provinces between Oct 22, 2013 and Jan 19, 2014.

Most of the fatalities were men. The youngest was a one-month-old baby and the oldest was a 81 years old. A Cambodian and a British national were also among the victims.

The northern border province of Chiang Rai had the most deaths, with six, followed by Sa Kaeo and Nakhon Ratchasima in the Northeast with five each.

Forty-five provinces have been declared cold-spell disaster zones and more than 25 million people have been affected by the cold weather.

Songkram Aksorn, deputy director general of the Meteorological Department, said Bangkok had its coldest morning in 30 years on Thursday, when the temperature fell to 15.6 degrees Celsius.

This year's cool season has been the longest for a decade, lasting almost three months, Mr Songkram said.

Narong Sahametapat, the permanent secretary for public health, said health officials in cold-struck provinces had been assigned to visit villages and take care of people, particularly children and the elderly.

He recommended and urged people in cold-hit areas to exercise regularly to improve blood circulation and consume food with high energy density as well as drink hot beverages. People should avoid caffeinated and alcoholic drinks.

The unusually long cool season, blamed on a cold front coming from the north, has also had an impact on Thailand's rice crop.

"The new rice harvest coming in is not of good quality, because it has flowered too early with this cool season's unusually low temperatures," said Vichai Sripraset, honorary president of the Thai Rice Exporters Association.

"When temperatures are low, fertilisation is bad, and then you get a lot of empty rice husks," he explained.

The cold weather has coincided with three months of almost daily street protests in the capital.

Leaders of anti-government protests said the low temperatures had not deterred people from joining the demonstrations. Many of them sleep out on the streets.

"It's been cold but not freezing, and Thai people generally enjoy cool weather the same way Westerners enjoy sunny skies," said Akanat Promphan, spokesman for the anti-government People's Democratic Reform Committee (PDRC), which has been leading protests in the capital since early November. Fire to warm up during a cold morning in the North.