Since ancient times, Chinese New Year has been the most important festival of the year for Chinese people.  Its cultural meaning and social implications are like that of the Songkran festival to Thai people. 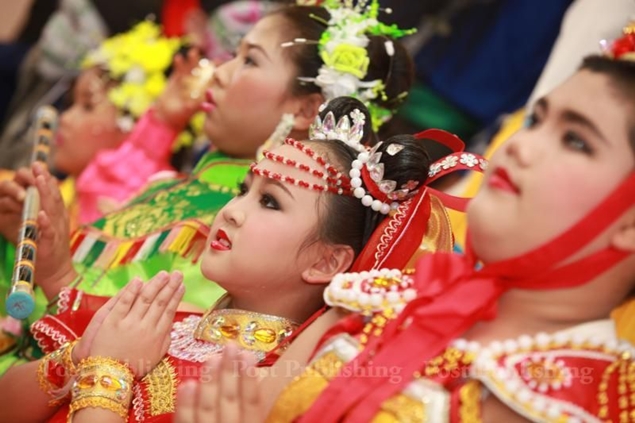 Members of a Chinese dancing troupe perform at the Tourism Authority of Thailand to promote Chinese New Year celebrations at Yaowarat this year. The celebration will be held from Jan 31 to Feb 1. SOMCHAI POOMLARD

This short introduction to Chinese New Year in Thailand is part of a much longer story in today's Bangkok Post about Chinatown and the new year festivities. You can read the full story here: http://www.bangkokpost.com/lifestyle/interview/392022/tradition-and-transition

Chinese New Year, or the Spring Festival as it's known in China, has a history of more than 4,000 years. It begins on the last day of the lunar year, and ends on the 15th day of the next lunar year, which marks the beginning of the Lantern Festival. Since ancient times, Chinese New Year has been the most important festival of the year for Chinese people.  Its cultural meaning and social implications are like that of the Songkran festival to Thai people.

A mother and her young daughter come to shop at Yaowarat in preparation for Chinese New Year. APICHART JINAKUL

Chinese New Year for Thai-Chinese is not only time for family reunions, bidding farewell to the old days and ushering in the new year  it is also marked by the ritual of ancestor worship. Perhaps this is because the Thai-Chinese people feel more distant from their ancestral home, thus the rite to remember the past and past relatives has more gravity here than in China itself.

Every Thai-Chinese family has an altar in the home. One day before the Chinese New Year, offerings are prepared early in the morning for the ceremony. All the sacrifices, including sumptuous dishes, desserts and fruits, are displayed on the altar. After all family members have worshiped their ancestors one by one, they eat the blessed sacrifices in the evening  the most important meal of Chinese New Year.

Apart from worshiping ancestors, Thai-Chinese usually go to a Chinese temple to pray for health, safety and success in the coming year. This is different from China, where people often visit their relatives and friends in the morning. In Thailand, however, people do this only after praying in a temple. 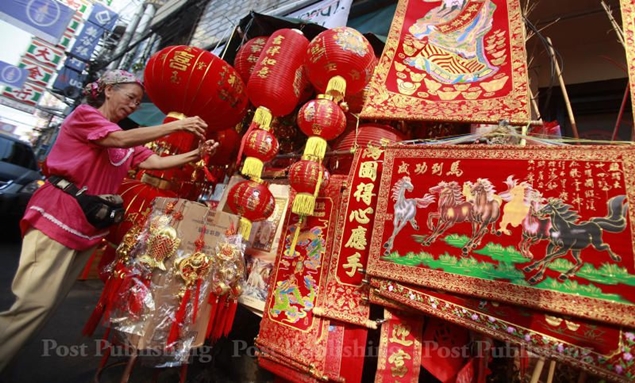 Decorations for the Year of the Horse at Chinatown. THANARAK KHOONTON

There are no public holidays for the Chinese New Year in Thailand, even though most Chinese companies, organisations and schools will hold a celebration and have several days off for the festival. In China, the holiday lasts seven days. This year it begins on Friday.