After teaching at the Royal Naval Academy for a time, Prince Mahidol found his true mission in life: to improve medicine and public health in Thailand.

The prince, the foundation, and the transformation of medical education in Thailand

Prince Mahidol had a deep interest in public health and medicine that had been cultivated during his studies in Great Britain, Germany, and the United States. In 1905, when he was 13, his father King Rama V sent him to London to the Harrow School, where he remained for 18 months. His father, perhaps because of his acquaintance with the German Kaiser, then decided that Mahidol should move to Berlin for military training at the Imperial Military Academy. When Rama VI ascended the throne, he convinced the Prince to enroll in the German Naval Academy. In addition to his studies, the Prince was assigned to a German battleship, where he cleaned decks and shovelled coal. 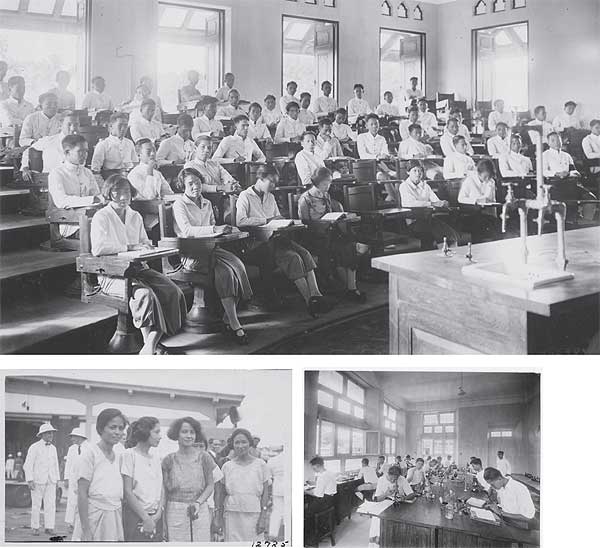 Pictures from excerpt of the book Innovative Partners: The Rockefeller Foundation And Thailand.

He graduated from the academy second in his class. Returning to Thailand as war in Europe approached, he took a teaching position at the Royal Naval Academy. His tenure was marked by controversy because he advocated a Thai navy of numerous patrol boats designed to protect the country's extensive coastline, while senior officers favored a navy of fewer but larger heavily armed ships.

Prince Mahidol left the navy and began a search for another way to serve his country. One of his half-brothers, Prince Rangsit, provided him with a new perspective. The two had been close growing up, and Prince Rangsit was anxious to show his half-brother his work as the director of the Royal Medical College. He invited Prince Mahidol to visit him at Siriraj Hospital, where the medical school was located. Prince Rangsit did not have the status or financial resources that Prince Mahidol had. His mother was a commoner whereas Mahidol's mother had royal blood. Rangsit hoped to enlist his half-brother in his mission to improve medicine and public health in Thailand. He hoped Mahidol would encourage greater royal support.

On his first visit Prince Mahidol was appalled at conditions in the hospital. Ultimately he agreed to help his half-brother, but he also decided to enroll in a university programme in public health to prepare for a career in the medical field. He attended Edinburgh University, but suffered from a chronic kidney problem and concluded that the Scottish climate was not good for his health. He enrolled instead in the Certificate in Public Health programme at Harvard University arriving in Boston in 1916 to begin his studies.

While engaged in his course work, the Prince continued to follow developments in Thailand. He worked on plans to improve Siriraj Hospital and also to organise a new medical school curriculum. At Prince Mahidol's request, Prince Rangsit recommended names of students for scholarships in medicine and nursing. Prince Mahidol hoped these students would return to Thailand to teach after training in the United States. He even paid some of their educational expenses out of his personal funds. His mother also helped fund the studies of two nurses each year.

In 1918, the Prince began to spend a lot of time with one of the nursing students, Sangwan Talaphat. They became engaged in 1919 and were married on a trip back to Thailand in 1920. After their marriage, they returned to Cambridge, Massachusetts, where the Prince completed his studies. He and his wife had their first child in 1923, Princess Galyani. Later they had two sons, Prince Ananda and Prince Bhumibol, each of whom became king.

During the course of Prince Mahidol's studies at Harvard, the Rockefeller Foundation increased its interest in working with the Thai government to improve medical and nurses training. Late in January 1922, Dr Pearce sent his proposal to the Minister of Education, detailing ways to improve medical education in Thailand. Early in February Prince Mahidol entered discussions about the proposal at a meeting in London with Rockefeller Foundation president George E. Vincent and Wickliffe Rose, the head of the International Health Board. With his knowledge of the proposal, his understanding of the issues of medical education, and his frank assessment of the challenges in his country, the Prince won both men over. Later in the month the Prince also met President Vincent in Berne, Switzerland, where they discussed in detail the financial requirements of establishing a modern medical school in Thailand. Vincent believed the Prince wanted to make clear that he knew the magnitude of what was required, in large part to ensure that there would not be any later misunderstandings.

Two months later, in April 1922, the Thai minister of education formally asked the Prince to serve as president of a committee to conduct negotiations with the Foundation. In Paris six months later, Prince Mahidol and Dr Pearce met for the first time. With Prince Mahidol representing the minister of education, they worked out in detail a cooperative arrangement. Once the Thai government and the Foundation approved, the Prince and Pearce met again, in London and New York, to plan implementation of the agreement. The cooperative arrangement included hiring six visiting professors to organise medical instruction; starting a building programme to expand the school; and establishing a Foundation fellowship programme for post-graduate Thai teachers to study abroad. Another cooperative arrangement was reached later for additional building projects for the medical and nursing schools.

Cooperation at the highest levels also led to an agreement to improve the teaching of pre-medical subjects. This arrangement was between the Foundation and the Faculty of Arts and Sciences of Chulalongkorn University. Prince Mahidol approved this cooperative arrangement in September 1923, which led to a five-year agreement for four visiting professors and postgraduate fellowships for study abroad... [download the free ebook (here or here) and continue reading the story...]