More+
Thailand does Valentine’s like nowhere else
Learning
Advanced news

Valentine’s Day is not native to Thailand but the Thai people have taken to it in a big way. You’ll find all the traditional activities but also others that are likely unique to this country.

Valentine’s Day is not native to Thailand but the Thai people have taken to it in a big way. You’ll find all the traditional lover’s dinners, fancy gifts and festive parties, but you also find activities that are likely unique to this country. 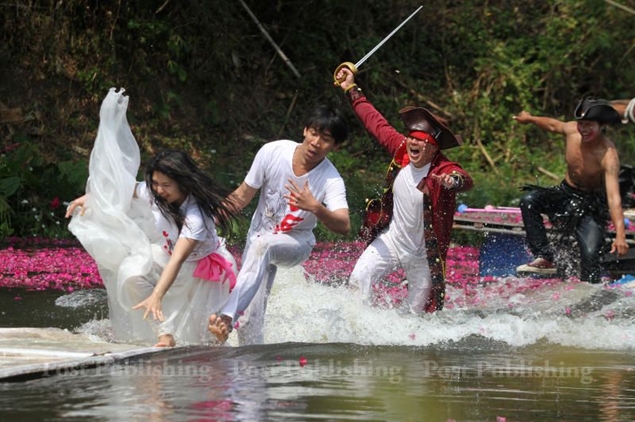 Marriage in an adventure. It can be like an escape from pirates. Pa Ngam photos by Thanarak Khoonton.

Marriage is an adventure and this is particularly true for six newly-wed tourist couples on their honeymoon at the Pa Ngam Mountain Lodge in Prachinburi. They are competing in a series of adrenalin-pumping activities which include an escape from bloodthirsty pirates, a “flight” high above the jungle and a mad dash away from a boulder made of flowers. 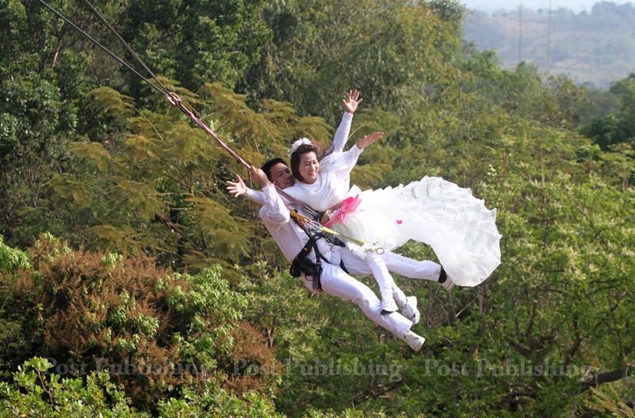 It be a carefree flight above the jungle. 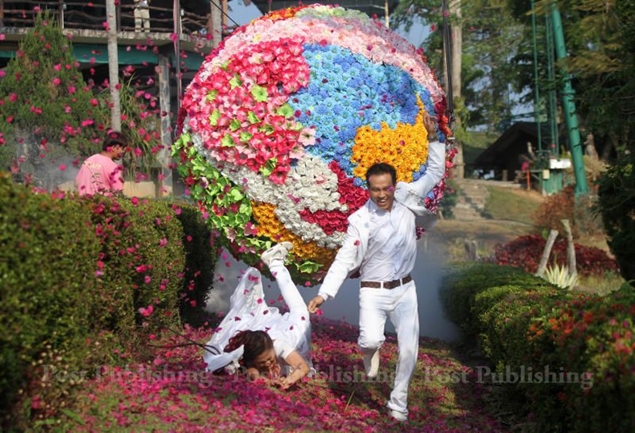 It can be a life or death run from danger.

At Pattaya’s Ripley’s Believe it or not Museum, things are a bit more relaxed as 34 couples attempt to break the world-record for non-stop (or almost non-stop) hugging. The current record is 25 hours, 22 minutes and 36 seconds, incidentally. 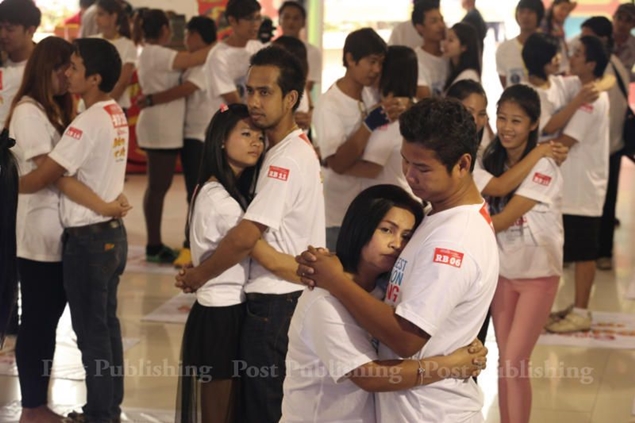 Only 26 hours of this and we'll have a new world-record hugging champion. APICHIT JINAKUL

Finally, you can always get married. Valentine’s Day and the Buddhist Makha Bucha Day are both on Feb 14, so all government offices would normally be closed. But Valentine's Day is popular every year and many couples register their marriage on that day.

The other two districts, Phasi Charoen and Bang Rak, will provide the service at Seacon Square (Bang Kae) and the CAT Telecom Building on Charoen Krung road (Bang Rak).

Bang Rak district has already accepted reservations, and a total of 183 couples have filed their registration applications. Couples who register their marriage in this district qualify to join a lucky draw for one of nine gold marriage certificates.  Bang Rak is especially popular because it can be translated as Village of Love.