Lured by the hit movie Lost in Thailand, up to 500 Chinese tourists a day are visiting Chiang Mai University. Campus officials are having a hard time coping and are considering an entry fee. 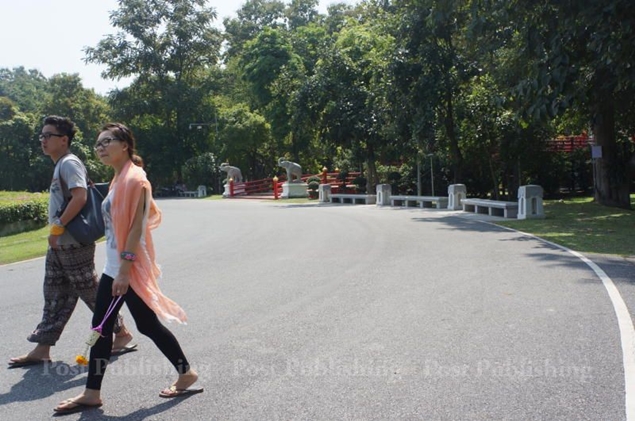 Chinese tourists in class of their own in Chiang Mai

Chiang Mai University will this week start charging tourists to visit its campus after a series of bizarre incidents in recent weeks involving Chinese visitors who have swamped its grounds.

The university, and its tranquil lakeside surrounds, has become a "must see" destination for the Chinese after it was featured in the 2012 smash hit movie Lost in Thailand, which has grossed more than US$200 million (6.5 billion baht) at the box office.

Associate Professor Rome Chiranukrom, who handles international relations at the university, said they were getting up to 500 Chinese visitors a day who were roaming the campus and disrupting the running of the university.

The intrusive behaviour included some Chinese pitching a tent near the Ang Kaew lake and writing "we are here" in paint on the ground, causing car accidents, sneaking into classrooms to take snaps of teachers and students, and, leaving a mess in the canteen.

However, the strangest misbehaviour, which is widely encouraged on Chinese travel websites, involves costume play where the visitors buy or rent a student uniform and pose for pictures. Mr Rome said on many occasions Chinese tourists in university uniforms have sneaked into classrooms and attended lessons. 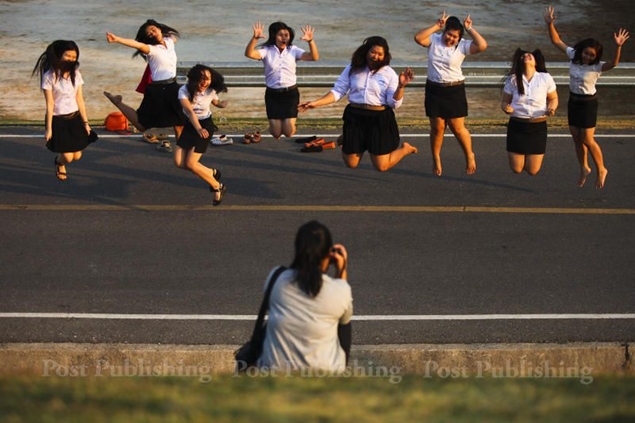 Last Monday a Chinese teenage brother and sister dressed in uniforms and being photographed by their parents in front of the campus were noticed by a campus security guard who took them to Mr Rome.

Mr Rome said he informed the family it was against university regulations for non-students to wear the uniforms — consisting of dark slacks or skirt, a white top and purple tie — which they had purchased from a clothes shop across the road from the university's main entrance.

They were taken to a local police station and warned they could be fined 100,000 baht or face up to a year's jail under Thai laws covering university dress codes. Mr Rome said they were not charged.

"I saw this as a great opportunity instead of a threat. It is a good chance to publicise not only the beautiful setting of the university, but also its academic excellence."

Mr Rome said overall the university was "not too worried about the situation" and they were happy to welcome the Chinese visitors in Lanna style. The biggest problem they created was traffic mayhem on campus. "They have bad traffic manners," Mr Rome said. "Part of it is because they drive on the different side from Thailand. They have caused a lot of accidents on campus".

Mr Rome said volunteers would provide the tourists with information and a map. The mini-bus tour will have a guide speaking both English and Chinese.

Anchalee Vittayanuntapornkul, the owner of CM Paradise a major operator of Chinese tours in Chiang Mai, said the fees would not deter the Chinese tourists.

"Are they trying to turn the university into a zoo?" she asked angrily.

"Instead of collecting fees, why don’t they enforce stronger rules to control crowds? I've never heard of any university in the world collecting a fee just to go inside. Mae Fah Luang University in Chiang Rai is much more beautiful than CMU, but they don’t collect fees to go to visit the campus.”

Mr Rome denied the university was trying to fleece the tourists.