Anti-government protesters have a new complaint against the Yingluck administration, accusing government officials of fixing the lottery winning tickets to correspond with licence plate numbers of the vehicles the PM uses. 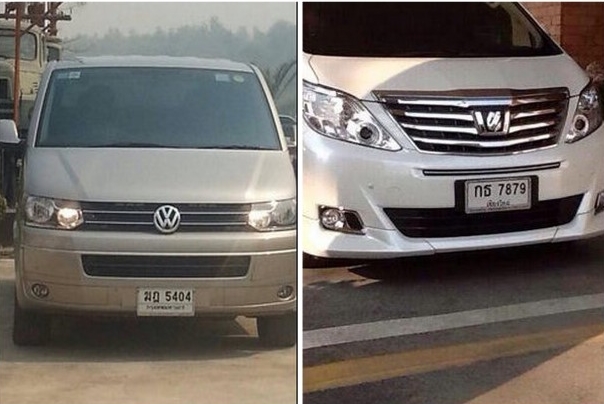 On Sunday, you didn't need to check out the lottery results to find out the 3-digit and 2-digit winning numbers. Post Today photo.

They say it may have been fixed by the Government Lottery Office (GLO).

Nititorn Lumlua, an advisor with the Student and People's Network for the Reform of Thailand (NSPRT), said it was too much of a coincidence and raised questions about the transparency process of the GLO's draws.

And the winning two-digit number on Sunday was 79 which also matched the last two digits of her Toyota Alphard’s licence plate with the number 7879.

Both mini-vans were used by the prime minister during her trip to the North last weekend.

GLO director-general Attagrit Tharechat insisted everything was above board. No one had tampered with the equipment.

''The matching of the winning numbers with the premier’s licence plates was a coincidence,'' he said.

A video clip widely circulated on social media showed the prime minister slipping to the ground while she was stepping out of the Volkswagen mini-van in Chiang Mai on Saturday.

Pictures of the licence plates of the two mini-vans were also widely posted on social media urging people to buy both government and underground lottery tickets with those two numbers — 404 and 79.

In Thailand, lottery buyers can win with the last three and two digits of their tickets whether they buy government lottery tickets or place bets with underground bookkeepers.

Anti-government groups were suspicious of the lottery results, claiming the GLO might have fixed the draw to make it appear the prime minister was bringing good luck to low-income lottery buyers who often like to place bets on the three and two digit results.

Mr Nititorn said it was too much of a coincidence as winning numbers matching the plates on Ms Yingluck's vehicles had been drawn numerous times before Sunday's draw.