A unique video view of Bangkok

When you watch this time-lapse film of Bangkok by Saengthit Kamlangchai you are going to be impressed. Guaranteed. But how did he do it? Find out from the young photographer himself and then give it a try. 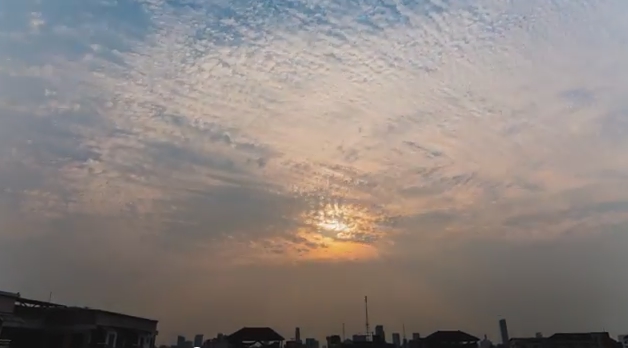 Time-lapse photography can catch the amazing transitions in nature, like moving clouds and sunset.

A unique video view of Bangkok

When you watch this time-lapse film by Saengthit Kamlangchai you are going to be impressed. Guaranteed. (Be sure to watch a second time after you have read the story. You will see things that you didn't see the first time.)

Saengthit is a 28-year-old graduate of Assumption University of Thailand who has also studied in Singapore. He speaks Thai, of course, plus English and Chinese.

Just about everyone will likely be interested in how the film was produced and some of you might be tempted to try to make your own time-lapse film, so I asked Saengthit to briefly explain the process.

He said he first got interested in time-lapse photography after watching a film by Shane Black called Adventure Is Calling, saying it is "one of the most beautiful things I've seen in life." And after watching another time-lapse film by Andreas Fernbrant entitled HELSINGBORG - THE CITY BY THE SEA, he decided to do one for Bangkok as well.

He said the time-lapse techniques involved are largely self-taught from tutorials on the Internet.

What are those techniques?

"Only two techniques are used in creating the film," Saengthit says. They are are called Time Lapse and Hyperlapse photography.

"This is the reason why you can see the amazing transition of moving clouds and sunset in a few seconds of a Time Lapse film, something which our naked eyes can't perceive in real life. 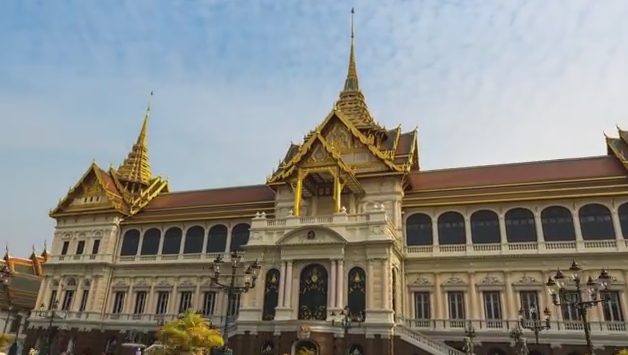 As you watch notice the movements of position (Hyperlapse photography) as well as the passing of time.

With Hyperlapse, everything is the same as Time Lapse except that the image has a moving screen effect. This is done by shifting your position for every photo you take.

"I did my own editing by using the software Adobe After Effect and Adobe Lightroom. It doesn't take long to edit a scene once you get used to it (not more than 10 minutes for a single scene). The part which takes lots of time is the rendering process, where you combine all the edited photos into the movie clip. Note that I'm using a Windows 7 machine; the process should improve a lot after I get a Macbook"

Equipment is important, of course. For his Bangkok film, Saengthit used a Canon 5D Mark III camera with 14mm and 24-70mm lenses. He used a tripod to keep the shots steady and a instrument called an Intervalometer. This tool automatically clicks the camera button for you according to the time interval you specify (every second, two seconds, five seconds, etc.)

Saengthit says you do not need to be a professional to do this. 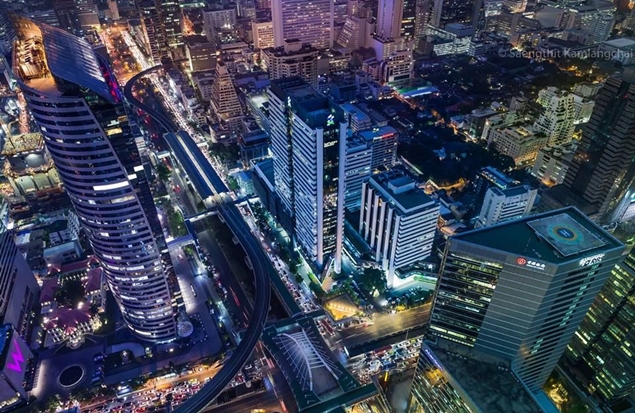 Saengthit warns that some high "birds-eye view" locations charge high fees for filming, so you need good communication skills to get around that.

"Everyone with a camera should be able to do this. Even a camera phone can do it although the quality may not be as good as a professional camera. However, if you want to produce a quality Time Lapse scene, both the tripod and Intervalometer are recommended or else your scene will be shaky and the time interval will not be smooth.

Saengthit says more films are on the way; his next time-lapse film will be in Chiang Mai. I will let you know when they are released.

In his film "Bangkok - The Beauty of Faith" (his second film on Bangkok), Saengthit sought to encapsulate the essence of the city; its modernization, its culture and its devotion to Thai Kings. Here are a list of the locations featured in the film:


The Monuments to Kings