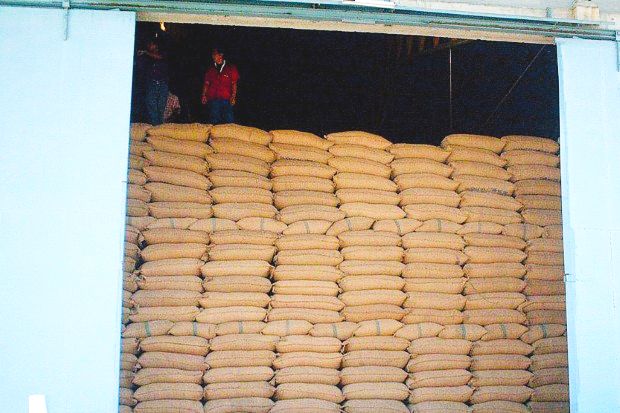 Thailand's garment industry has received orders to produce around three million World Cup shirts for FIFA World Cup 2014 to be held in Brazil in June. Leading international brands such as Nike and Adidas have placed orders with four Thai companies -- Hi-Tech Group, Nice Group, Hong Seng Group and Liberty Group for uniforms for about 10 teams, and also national shirts for sale during the competition.

Sports apparel make up about one-third of the Thailand’s overall garment exports. The major markets for Thai sportswear are the US and countries in Europe. This year's World Cup  would help boost overall exports of garments by 5% in 2014 with a value of around US$3.05 billion.

Many plots of land intended for poor farmers in Nakhon Ratchasima have fallen into the hands of politicians, civil servants and businessmen, according to an investigation by the Public Sector Anti-Corruption Commission (PACC) into alleged irregularities relating to a land distribution project at "Lamtakong self-build estate" in Pak Chong district. The land distribution project at Lamtakong was set up to allocate land to people affected by the construction of Lamtakong dam. More land plots were set aside for allocation than the actual number of people affected by the dam construction and more than 100,000 rai of land at the "Lamtakong self-build community" remains unallocated, despite the fact that construction of the dam was completed more than a decade ago. The estate covers 280,000 rai and was set up on June 19, 1967.

Land ownership documents issued between 2008 and 2001 show that many of those who secured land ownership rights were well-known figures. One of them is even the owner of a golf course. Initial checks had found many politicians, civil servants and businessmen had registered as members of the community cooperative, which entitled them to own land under the distribution scheme.

Many of the people who secured ownership of land failed to meet project criteria, which specifies the land is intended only for local residents affected by the construction of the dam and poor farmers. Random checks found that most land owners had not been affected by the dam construction. There was only one farmer who settled and made use of land allocated under the project. Most other plots had been used for building houses on. The PACC is gathering evidence to prosecute state officials who approved false qualifications submitted by people not entitled to land distribution.

The cost of Thailand's rice-subsidy scheme is rising, thereby adding to the country's fiscal deficit, the World Bank warns in the World Bank East Asia Pacific Update. Begun in 2011, the scheme seeks to support rice farmers with direct government purchases of unmilled rice at prices 50% higher than the market rate. With rice prices 12-15% lower at the end of 2013 than at the beginning of 2011, the government has not been able to auction the stock. Unmilled rice has piled up in government warehouses at twice the annual volume of the global rice trade or 18 million tonnes at the end of last year's third quarter, with the quality of the stockpile deteriorating.

The subsidy has cost the government US$12.7 billion or 3.5% of gross domestic product (GDP) in its first year of operation, raising the country's fiscal deficit to 4.4% of GDP in 2012 from 1.7% in 2011. The scheme cost the government another US$13.9 billion or 3.6% of GDP in 2013. Even though Thailand reported a lower deficit in 2013 (2.3% of GDP) than in 2012 (4.4%), the country must return to fiscal consolidation, replacing generalised subsidies such as the unsustainable rice-pledging scheme with targeted income support for vulnerable groups, the report said.

Larger Southeast Asian economies such as Indonesia and Thailand will face tougher global financial conditions and higher levels of household debt. The countries' exports will increase, but higher debt servicing costs and ongoing fiscal consolidation will weigh on domestic demand. Current monetary policies provide some insurance against downside risks in big countries in Asean including Thailand, but creeping inflation needs careful monitoring. China has already begun a series of reforms in finance, market access, labour mobility and fiscal policy to increase the efficiency of growth and boost domestic demand.