Expelled from monkhood for sexual misconduct in 1994 after being caught on video, the famous monk fled with forged passport to US, seeking asylum. 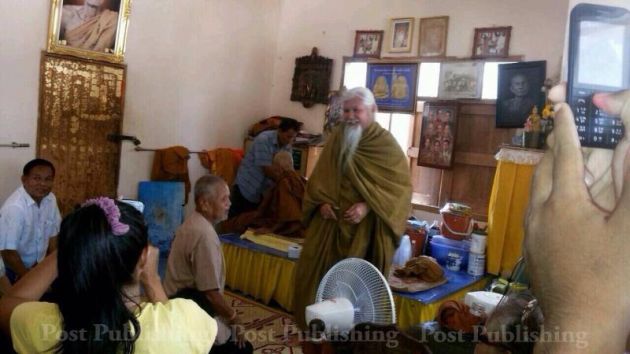 A fugitive monk, who lived abroad for 19 years, has returned to Thailand after the cases against him expired.

Vinai La-ongsuwan, better known as Phra Yantra, together with 10 followers, was found at his home town in Nakhon Si Thammarat's Pak Phanang district, on April 21.

His assistant said Yantra returned to the southern province on April 13 from Malaysia to meet the monk who ordained him and will soon return to the United States.

He entered the country legally because the statute of limitations in the cases against him had already expired.

Yantra was a priest for several years before he entered the Buddhist monkhood in 1974 at Wat Rattanaram in Pak Phanang.

In 1994, he was accused of a number of charges including defaming the Supreme Patriarch and having sex, a violation of monkhood, with his nocturnal visits being captured on video. The Sangha Supreme Council of Thailand found him guilty of conduct unbecoming a monk and expelled him. (Article continues after photo). 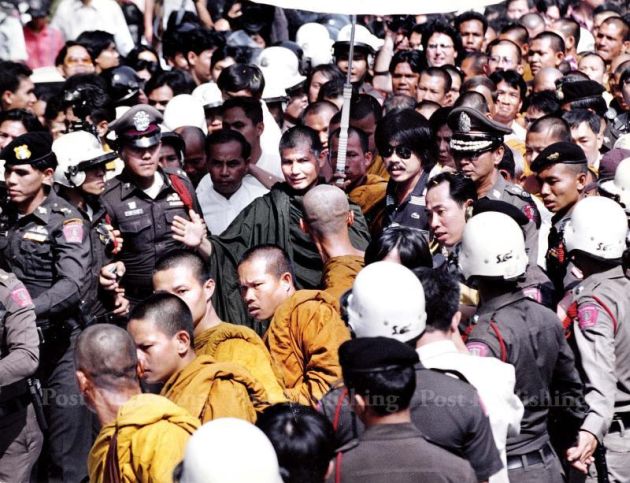 Phra Yantra wearing a different colour robe after being expelled for sexual misconduct from the monkhood.

Yantra refused to accept the resolution. He insisted he was still a monk and changed the colour of his robe to deep purple, attracting many followers.

Yantra later allegedly obtained a forged passport and fled to the US, where he was granted asylum.