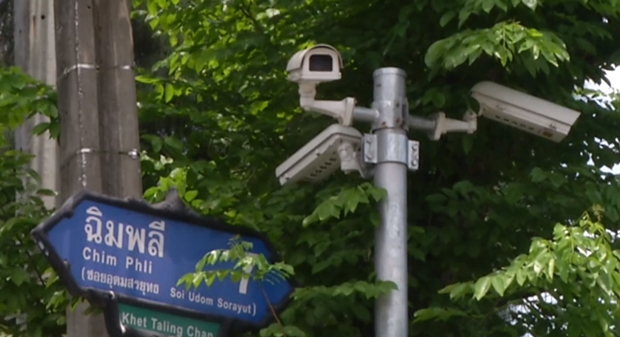 Only about 5% of CCTV cameras installed in Taling Chan district where more than 3,000 crimes occurred last year were found to be working according to an online video clip on dummy CCTVs. Photos from a Bright TV news feature.

What started off as frustration over the Bangkok Metropolitan Administration (BMA)’s refusal to provide CCTV footage to a citizen has lead to an online claim that up to 95% of CCTV cameras in the Taling Chan area are not working.

In a four-minute news item entitled “Dummy CCTV” produced by Bright News and uploaded by news editor Pimabsorn Ketphum to her Facebook page, the owner of the Tek Heng Lee gold shop in Suan Phak says his place was robbed recently in broad daylight. 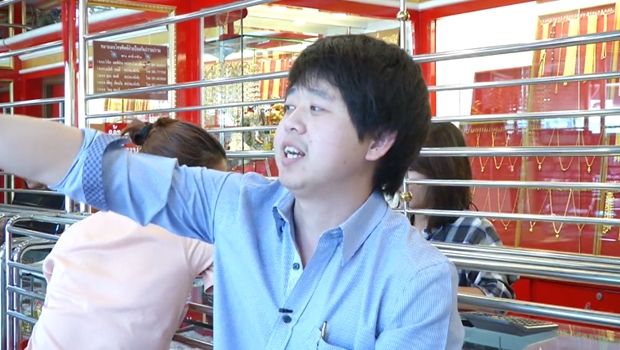 A gold shop onwer was shocked to learn there was no functional CCTV camera in front of his premises after it was robbed.

The man, whose name was not provided, said he was upset when he asked to see footage from surveillance cameras of the incident but the BMA told him the cameras were “not ready for service”.

“The robber smashed a gold cabinet and slowly walked across the street. He stood right underneath a CCTV camera. I expected it would catch him. I was told that one didn’t work. I asked about the next one. Again, that one did not work. In fact, it turns out no camera along the entire road works,” he said.

He said he felt cheated. The BMA claims it has a surveillance system to keep the streets safe, but it cannot help him.

A woman, whose name was also not provided, said her car was damaged after it was struck by another vehicle on Boromratchonnee Road in the district on April 23. 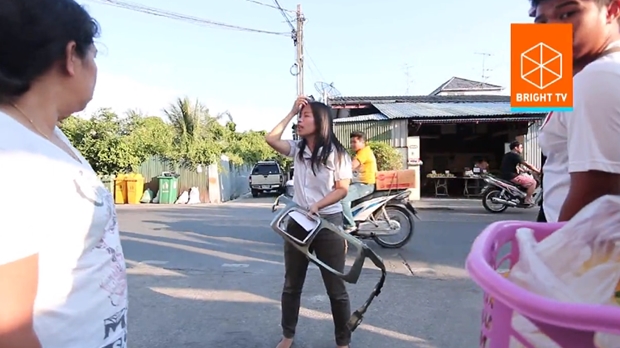 A woman tries to find out who damaged her car after the CCTV cameras were found not to be functioning.

She said she filed a complaint with police and asked to see CCTV footage to back up her case.

“I was told that not a single camera in the area works. As a damaged party, it really hurts my feelings. It’s better to have no camera at all than to have a string of them that do not work,” she said.

Interviewed for the clip, a police officer with Taling Chan station says officers handled more than 3,000 crime cases last year, half of which were solved.

He said up to 30% of the cases remain under investigation while the other 20% are difficult to follow up because of a lack of evidence or leads.

The online report said the author surveyed CCTV camera installations in the western district, which is one of the most dangerous in the capital.

According to the report, most of the surveillance equipment does not function. Some cameras are not even plugged in.

The report showed that among 64 sois that are considered dangerous, only nine cameras work. In 109 communities, only one camera works.

A survey of 10 markets revealed that none of the cameras in those areas works. The same is true for four cameras installed at blind spots under bridges.

None of the four cameras was found to be working, according to the report.

Ms Pimabsorn, who posted the clip, said she had contacted the deputy city governor, who said he was looking into the matter.

From the Bangkok Post's Pulse section compiled by Atiya Achakulwisut.